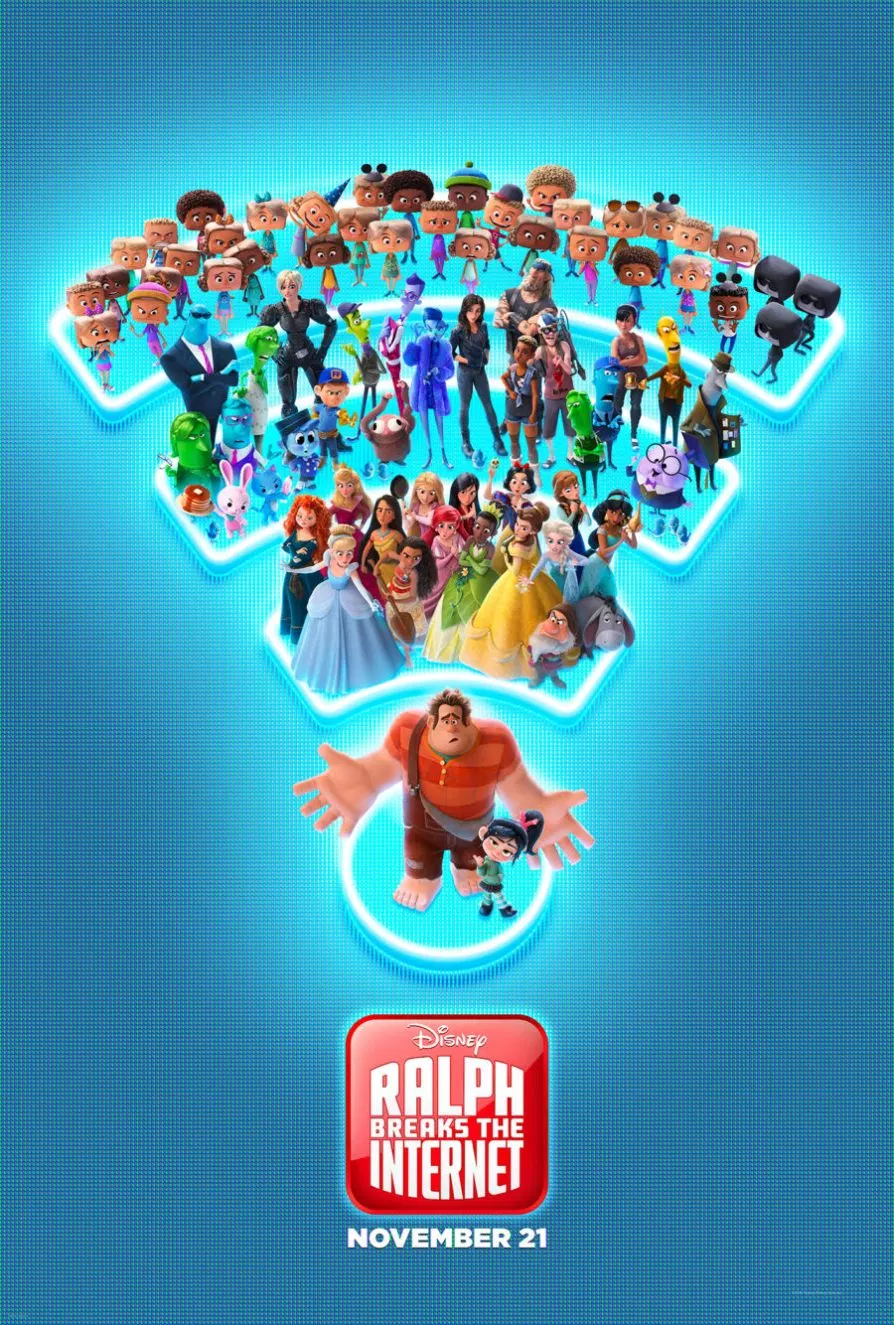 As you may have heard, Walt Disney Animation Studios’ Ralph Breaks The Internet opens in theaters November 21, 2018 and I am super excited about it! (I cannot tell you how many times I have watched the first one. 🙂 )

In RALPH BREAKS THE INTERNET, video-game bad guy Ralph (voice of John C. Reilly) and best friend Vanellope von Schweetz (voice of Sarah Silverman) leave the comforts of Litwak’s arcade in an attempt to save her game, Sugar Rush. Their quest takes them to the vast, uncharted world of the internet where they rely on the citizens of the internet—the Netizens—to help navigate their way.

Lending a virtual hand are Yesss (voice of Taraji P. Henson), the head algorithm and the heart and soul of the trend-making site “BuzzzTube,” and Shank (voice of Gal Gadot), a tough-as-nails driver from a gritty online auto-racing game called Slaughter Race, a place Vanellope wholeheartedly embraces—so much so that Ralph worries he may lose the only friend he’s ever had. Directed by Rich Moore (“Zootopia,” “Wreck-It Ralph”) and Phil Johnston (co-writer “Wreck-It Ralph,” “Zootopia,” writer, “Cedar Rapids”), and produced by Clark Spencer (“Zootopia,” “Wreck-It Ralph,” “Bolt,” “Lilo & Stitch”), “Ralph Breaks the Internet” hits theaters on Nov. 21, 2018.

The Ralph Breaks The Internet Giveaway is hosted by: The Positive MOM and Disney Mom Guide

There is no purchase necessary! One (1) WINNER in the U.S. over the age of 18 will receive a Ralph Breaks The Internet Gift pack, with new collectibles and toys inspired by our favorite characters, old and new, from the film. All entries will be verified, so make sure they go through.

So what do you win? Here’s the list of all the goodies your Ralph Breaks The Internet Gift Pack, which includes:

That’s one awesome giveaway mailed to your front door! Right?

Which of these Ralph Breaks the Internet products is your favorite? Crossing my fingers that you win!

ENTER NOW for your chance to win this Ralph Breaks The Internet Gift Pack! Giveaway runs til November 24th, 2018, 3 days after it releases into movie theaters!