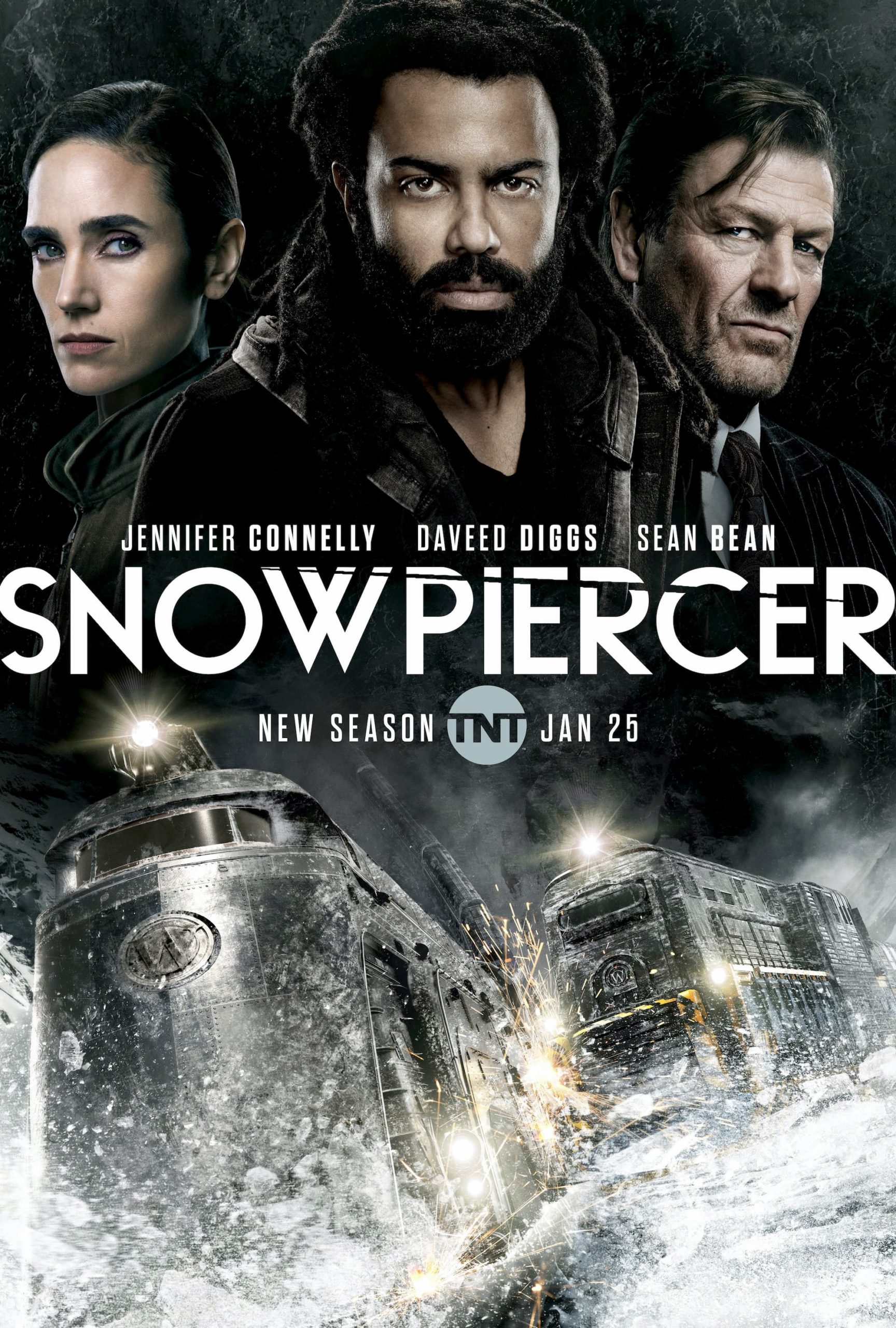 In preparation for season 2, I spent some time watching the original movie and also season 1 again. Whew, Snowpiercer from the start is a thrill. Both the movie and season 1 of the show are amazing. When I got the chance to screen episodes of season 2 I had no clue what to expect. Well, in season 2 we are in for a lot. So, make sure you tune in Monday, Jan. 25 at 9 p.m. ET/PT on TNT to watch. Until then here is my Snowpiercer Season 2 spoiler-free review.

My Review – We are in for one wild ride

Some might think Snowpiercer is just another SciFi show on TV, but it is so much more than that. Snowpiercer has always been an experiment of the human condition and makes viewers stop to consider what they would do to survive if they were on Snowpiercer. How far would you go to protect yourself, your family, and humanity? Also, it begs us to consider what humanity wants, “order” (Mr. Wildford = order) or Democracy.

In season 1 Snowpiercer has survived for 7 years due to “order”. But it is “order” that is maintained through fear, manipulation, and human rights violations. By the end of the season, the Tailies finally have their revolution and get out of the tail to install Democracy, the murders are solved, and Mr. Wilford thought to be long gone, comes back.

That is a lot for 1 season, but season 2 has even more action. In season 2 allegiances will be tested, and we will further see the divide between those wanting “order” verse those wanting Democracy on Snowpiercer. Things are hanging by a thread on Snowpiercer and Layton (Daveed Diggs) finds out just how hard it is to lead, and why Melanie had to do what she did to keep Snowpiercer running. Throw in a little hope for humanity’s survival and you will not be able to take your eyes off the screen while watching Season 2 of Snowpiercer.

Paying homage to the movie

As a fan of the Snowpiercer franchise I love that Season 2 pays homage to the movie just as much as season 1 did. If you have seen the movie you will be able to point out similar scenes, but they are not exactly the same as in the movie. Which I love. The writers have been able to keep the heart of the Snowpiercer movie, but also create something that is it’s own beast and can stand on it’s own two feet. Snowpiercer, I feel, is actually a show that makes the movie better.

Give Sean Bean and Jennifer Connelly all of the awards

Sean Bean and Jennifer Connelly are phenomenal actors, and they are the perfect choice to play Mr. Wilford and Melanie. If you watched the original Snowpiercer movie and also season 1 then you know Mr. Wilford is both revered as almost god-like and also despised by those who truly know his nature. He has a way of getting his claws into you and he is seen as the savior of the human race for building his eternal engine. Sean Bean does such an amazing job of creating the allure of Mr. Wilford making you like him and hate him at the same time.

As for Melanie, In season 1 I felt Melanie (Jennifer Connelly) was just too coldhearted. But pitting her against Sean Bean’s Mr. Wilford is a delight to watch in season 2, and makes you realize Melanie is a pup compared to Mr. Wilford. In season 2 we also get to see so many more emotions from Melanie. Jennifer Connelly just hits the nail on the head of her portrayal of a woman conflicted between saving humanity at the risk of losing everything.

In my opinion, Snowpiercer season 2 is better than the movie and season 1. (Yeah, I said it.) I give it an A+. Snowpiercer Season 2 is a must-watch for both fans and non-fans alike.

At the end of season one, the survivors of the revolution are trying to pick up the pieces and maintain a fragile peace amongst the now merged classes with Layton (Daveed Diggs) emerging as the train’s leader. Discovering Mr. Wilford (Sean Bean) is alive and headed their way on a rival train, Melanie (Jennifer Connelly) risks going outside to prevent him from invading Snowpiercer.

While she’s out there, it’s revealed that Alexandra (Rowan Blanchard), Melanie’s daughter, who she thought had died, is alive and has become Wilford’s dedicated protegee. In season two, an entirely new power struggle emerges, causing a dangerous rift as people are divided between their loyalty to Layton and to Mr. Wilford, who has a new train, new technology and a game plan that keeps everyone guessing. While Layton battles Wilford for the soul of Snowpiercer, Melanie leads the charge on a shocking new discovery that could change the fate of humanity.