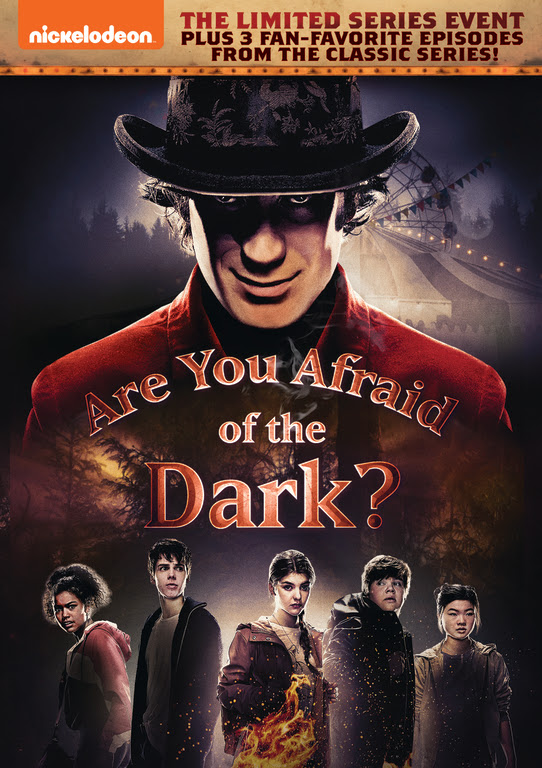 Well I wasn’t, but now I am thanks!

Full disclosure. I did not watch Are You Afraid of the Dark? when I was a kid, and I want to say it would have probably scared the *bleep out of me if I had. So, I decided, since I am an adult, to watch the new Are You Afraid of the Dark? DVD. I figured I am old enough now it probably wouldn’t be scary and one of the main character’s names is Rachel so it has to be good right? Haha! Well, I rediscovered something about myself while watching the new DVD. I am a wuss when it comes to scary movies/shows. (But for some reason I love watching them. Haha!) If you are a fan of the show Are You Afraid of the Dark? then keep reading to find out when this new DVD is releasing and the special features it comes with.

Disclosure: My family and I were gifted a copy of Are You Afraid of the Dark? from Nickelodeon and Paramount Home Entertainment all thoughts and opinions are my own.

Who doesn’t love S’Mores and a good campfire? Click below to grab directions for a super cute campfire craft and S’Mores snack recipe for the next time you watch Are You Afraid of the Dark?

About the Show and DVD

Re-imagined for a new generation, Nickelodeon’s all-new version of ‘90’s kids’ cult classic Are You Afraid of the Dark? arrives on DVD Tuesday, August 11, 2020 from Paramount Home Entertainment and Nickelodeon Home Entertainment. The three-part limited series follows members of an entirely new Midnight Society, who tell a terrifying tale of the Carnival of Doom and its evil ringmaster Mr. Top Hat, only to witness the shocking story come frightfully to life and prepare for an adventure beyond their wildest nightmares.

A must-own for fans of the classic series, as well as those new to the franchise, the Are You Afraid of the Dark? DVD also includes three fan-favorite episodes from the original series and will be available for the suggested retail price of $13.99.

Are You Afraid of the Dark? Episodes:

Special Features (US only):

More shows to watch from Nickelodeon!

Are You Afraid of the Dark? New DVD!
FacebookTweetPin