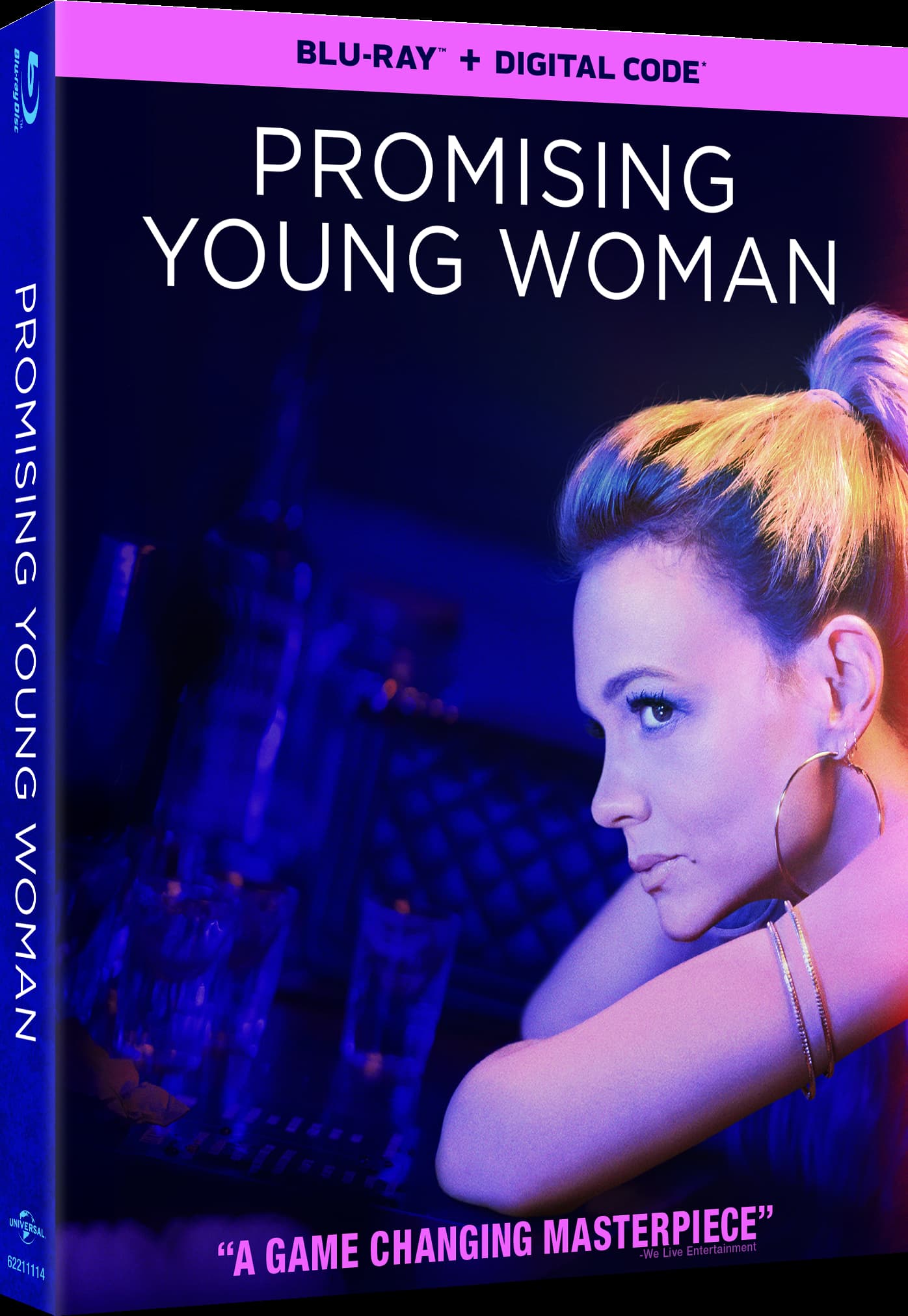 I don’t know if you have watched Promising Young Woman yet, but the movie is one wild ride. First, I was unsure of the movie, but after watching it I cannot stop thinking about it. The movie covers a tough subject, but one that needs to be talked about. It showcases situations women and men face every day when it comes to sexual assault, harassment, victim shaming, and the psychological effects it has on the victims and those around them. I did not expect it to end the way it did, it brought forth tons of emotion, and the music selected and how it was used in the movie are genius. The movie is out on digital, Blu-ray, and DVD, now and I highly recommend watching it. You can find all of the Promising Young Woman Blu-ray and DVD release info below. (Side note: The movie is not for kids!)

Disclaimer: I did receive a copy of Promising Young Woman in exchange for posting on my social media.

Everyone said Cassie (Mulligan) was a promising young woman…until a mysterious event abruptly derailed her future. But nothing in Cassie’s life is what it appears to be: she’s wickedly smart, tantalizingly cunning, and she’s living a secret double life by night. Now, an unexpected encounter is about to give Cassie a chance to right the wrongs of the past in this thrilling and wildly entertaining story.

If you are looking for more movie suggestions make sure to check out my review of The High Note HERE.