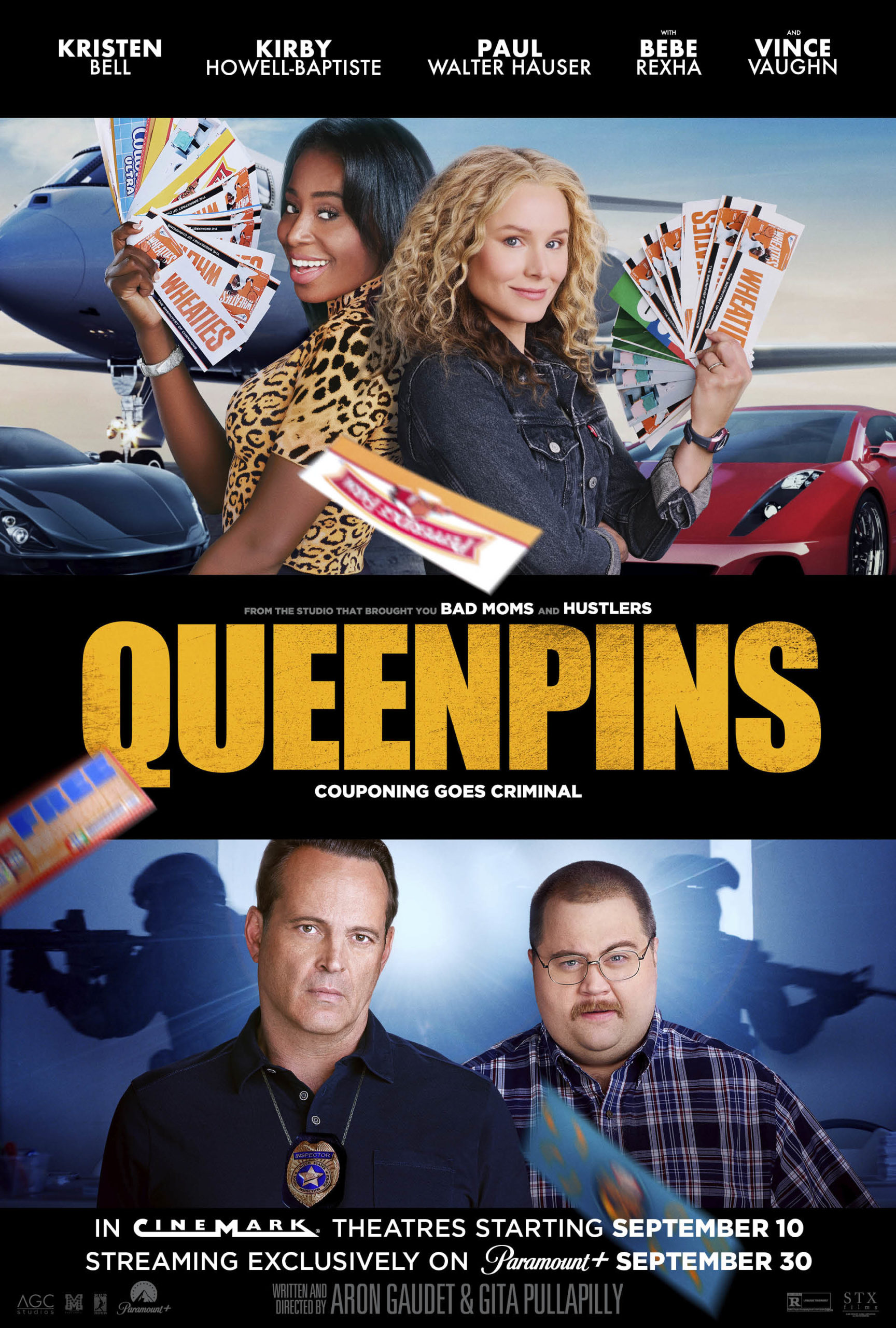 Who here used to dabble in extreme couponing, or still does? Many, many, moons ago back when I was in college and then as a new parent I dabbled in extreme couponing to save money. I had no idea though the lengths people would go through to get coupons! Haha! (I knew people who went dumpster diving for them, but never knew people purchased them.) As a couponer, QUEENPINS looks hilarious and I want to send some people to the movies to see it! I have 5x  “Admit 2” passes to see QUEENPINS in theater. Seats are first-come, first-served. So, make sure you arrive early to ensure you get seats! The film will be released in select Cinemark Theaters nationwide on Friday, September 10th, and will stream on Paramount+ on September 30th.

GET YOUR PASSES FOR QUEENPINS HERE

Inspired by a true story, QUEENPINS is an outrageous comedy about a bored and frustrated suburban homemaker, Connie (Kristen Bell) and her best pal JoJo (Kirby Howell-Baptiste), a vlogger with dreams, who turn a hobby into a multi-million dollar counterfeit coupon caper. After firing off a letter to the conglomerate behind a box of cereal gone stale, and receiving an apology along with dozens of freebies, the duo hatch an illegal coupon club scheme that scams millions from mega-corporations and delivers deals to legions of fellow coupon clippers. On the trail to total coupon dominance, a hapless Loss Prevention Officer (Paul Walter Hauser) from the local supermarket chain joins forces with a determined U.S. Postal Inspector (Vince Vaughn) in hot pursuit of these newly-minted “Queenpins” of pink collar crime. Runtime: 110 minutes Rated R

QUEENPINS: Get Passes to an Early Screening
FacebookTweetPin