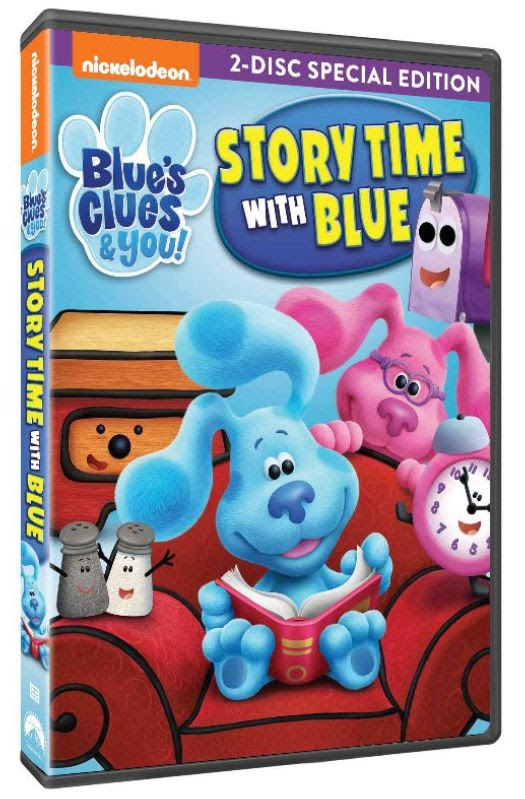 Available on September 14, 2021, this DVD is full of fun stories from Blue and her friends as they use their imagination, attend a pajama party, and discover Blue’s favorite part of bedtime. Also featuring a bonus disc with eight episodes from the original series, Blue’s Clues & You! Story Time with Blue will capture the hearts of both new and nostalgic fans of all ages!

Are you ready for Story Time with Blue? Play Blue’s Clues to help figure out Blue’s favorite story. Then, imagine along with Josh and Blue, attend Blue’s first pajama party, and help Blue’s friends discover her favorite part of bedtime!

Disc One – Blue’s Clues & You! Story Time with Blue