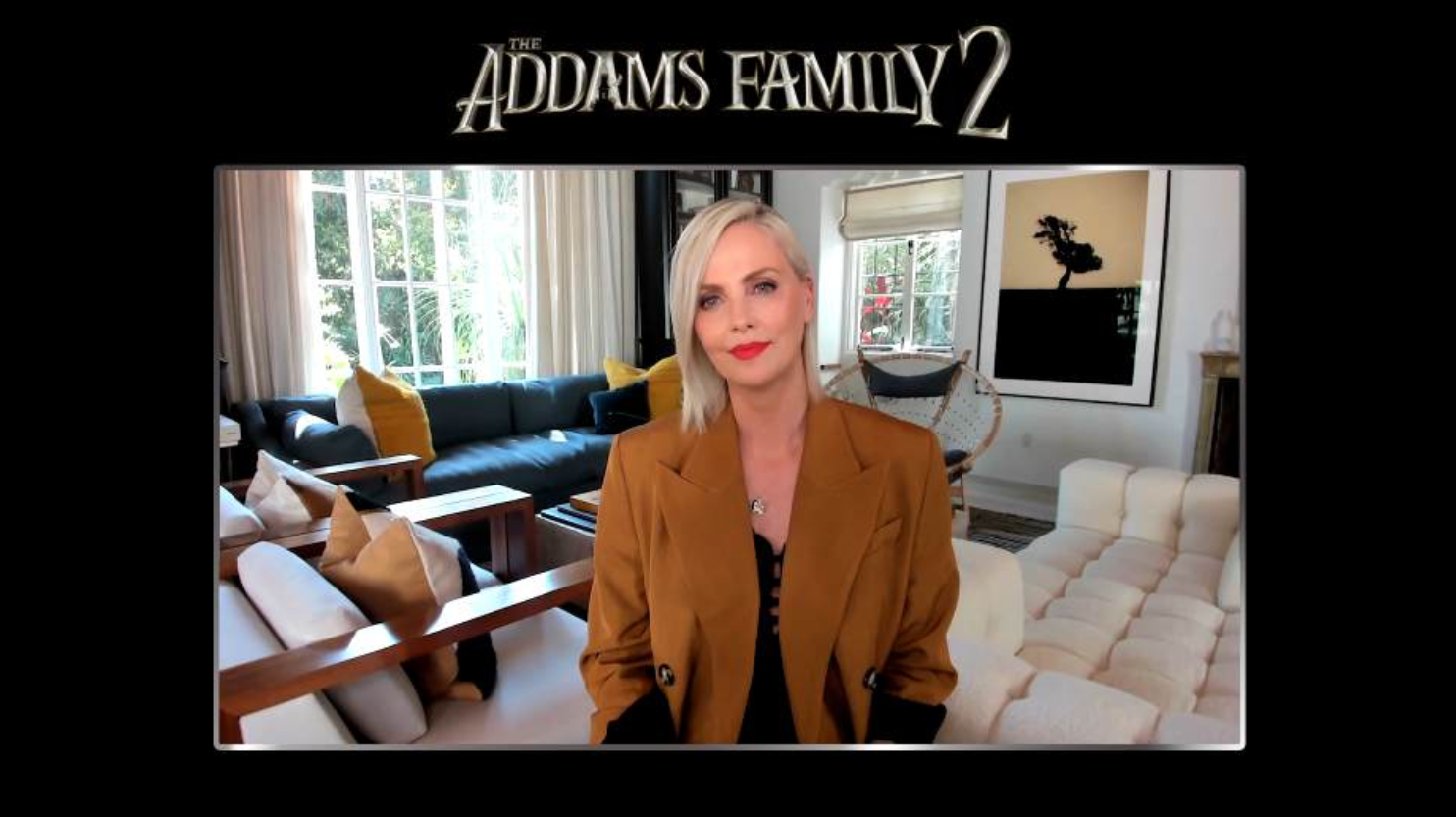 It’s all about family

Interview with Charlize Theron for The Addams Family 2

First off, this was a dream come true getting to interview Charlize Theron. I have watched and enjoyed her movies for years. If you had told me years ago that one day I was going to get to interview her I would have laughed at you. Haha! Well, it did happen and I am still pinching myself. It was an experience I will remember for the rest of my life. But on to the interview! Haha! Charlize voices Morticia in The Addams Family and The Addams Family 2. For me, I was very much so interested in what drew Charlize to the role of Morticia and what she hoped parents and kids would learn or take away from the movie. Charlize stated,

“I think the biggest reason why I wanted to be a part of this movie was because of my two girls. I, you know, I tend to make movies that they won’t see until they’re 52… Even though they don’t want to show me. I can tell that they’re pretty chuffed, that their mom is playing Morticia, and as a mother, that is really, I mean, deep down inside, like no Oscar can kind of replace that feeling. So that was really my joy.”

Charlize then went on to talk about how The Addams Family 2 is about family no matter what it looks like.

“And then to work on something where the core theme of the story is all about celebrating difference and… that there is no one mold for that, and that there’s a real celebratory notion to this family being even stranger and weirder and kookier than, than they could be, and still have that core of what a family value we all can relate to, which is love, right. They all love each other so incredibly deeply.

There was so much more discussed in the interview with Charlize about the movie and motherhood. You can watch the full interview below!

Everyone’s favorite spooky family is back in the animated comedy sequel, The Addams Family 2. In this all-new movie, we find Morticia and Gomez distraught that their children are growing up, skipping family dinners, and totally consumed with “scream time.” To reclaim their bond they decide to cram Wednesday, Pugsley, Uncle Fester, and the crew into their haunted camper and hit the road for one last miserable family vacation. Their adventure across America takes them out of their element and into hilarious run-ins with their iconic cousin, IT, as well as many new kooky characters. What could possibly go wrong?