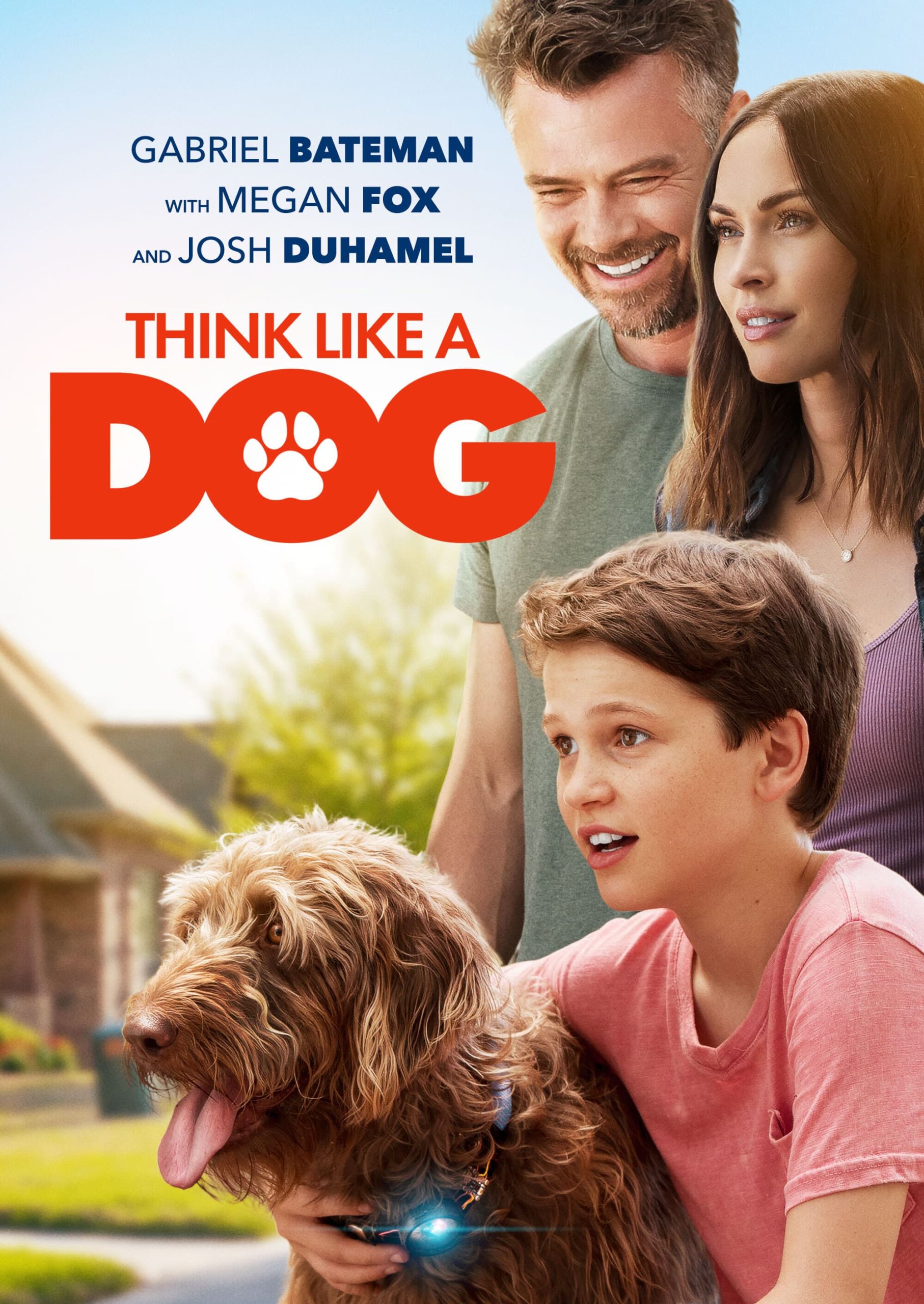 I wish I could hear my dogs thoughts

As a dog owner, I will admit I have wondered many times what my dog is thinking or saying when they are barking. (In ways, it would make it a lot easier to know their likes/dislikes. Haha!) In Think Like A Dog we get to follow Oliver and his pup Henry, and the adventures they have while being able to understand and speak to each other. How does the movie stack up? Continue reading for my spoiler-free review!

Josh Duhamel and Megan Fox star in this whimsical family comedy about a boy and his dog, and a science project that will change all of their lives forever. Think Like a Dog follows 12-year-old Oliver, a tech prodigy whose middle-school science fair experiment goes awry, creating a telepathic connection between him and his furry friend, Henry. The bond brings Oliver and Henry even closer as they join forces to comically overcome complications at school, and help Oliver’s parents rekindle their marriage along the way.

When I saw which actors were going to be in Think Like A Dog it piqued my interest. (Actors such as Kunal Nayyar, Megan Fox, and Josh Duhamel.) Because we are such a big dog-loving family I thought my two kids would love the idea of a kid being able to communicate with his dog, but the movie failed to keep my kids interested and it left me a little disappointed. Don’t get me wrong. The movie has a great premise, is funny at times, and is cute, but the execution of the story is slightly lacking. Even with the likes of Megan Fox and Josh Duhamel it is Kunal Nayyar as Mr. Mills and Todd Stashwick as the voice of Henry the dog who are the stand out actors of the movie.

I give Think Like A Dog a C. It is a cute movie, but misses the mark in many ways. As a parent I would recommend the movie for older children. (7 years old and up.) This is mostly due to certain situations presented in the movie that I do not think really young children would fully understand and might cause them concern. (i.e divorce, kidnapping, and bullying.) But the situations in the movie do serve as good examples for teaching moments for kids. Think Like A Dog is PG and also stars Gabriel Bateman, Julia Jones, Janet Montgomery, and Bryan Callen. It will be available on Digital, and On Demand June 9th.

🤣 I love this picture so much. Red Shoes and

I am always honored when I get invites for intervi

What does this look like to you? 🤔 Any guesses?

I will be 100% honest. I was very unsure about Red

(Gifted) Who loves Madagascar?! We have watched al

We moved y'all! From the city to the country. Tra

In moments where we are unsure what to say, simply listening and being present can mean the world.

🤣 I love this picture so much. Red Shoes and the Seven Dwarfs is available now on Digital, On-Demand and Blu-ray! Click below for my movie review and interview with the voice director Tony Bancroft!
https://prettyinbabyfood.com/2020/09/18/red-shoes-and-the-seven-dwarfs-movie-review/
#RedShoesAndTheSevenDwarfs

Recently I got the chance to interview Tony Bancroft. This was a #dreamcometrue. Tony has worked on some of my favorite films. Watch as I talk with him about his most recent film Red Shoes and the Seven Dwarfs! https://www.youtube.com/watch?v=w0YMyfD34QQ&t=10s #RedShoesAndTheSevenDwarfs

The 2nd season of The Mandalorian is coming, and truthfully that is all I need right now. Haha! But if you want to know what else is coming to @disneyplus this fall here is a list! What are you looking forward to watching?http://ow.ly/Fcfh50Bz4xe #itsfallondisneyplus #DisneyPlus