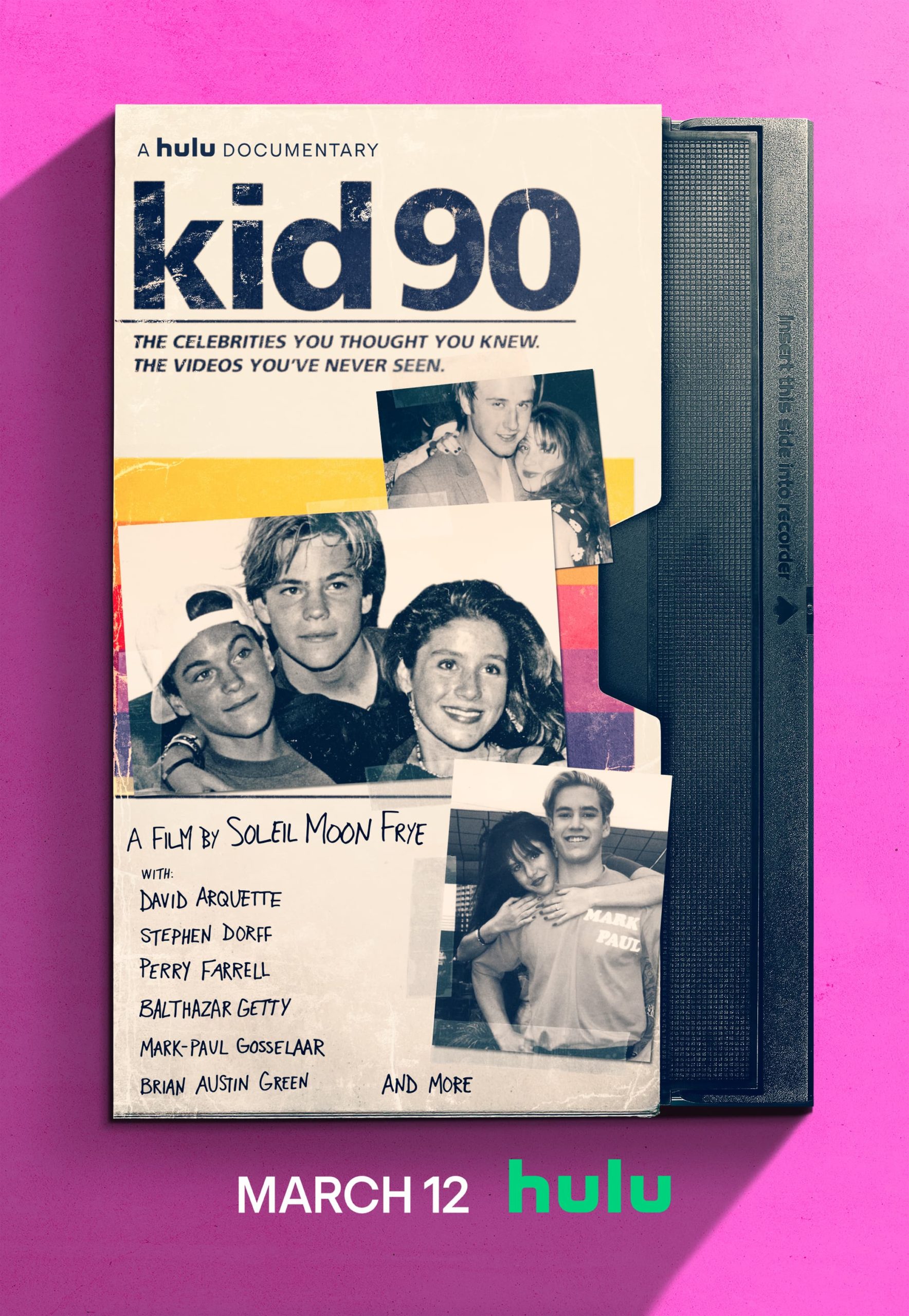 I wish I had a video camera growing up

All I remember having was a polaroid camera. Haha! (Man, do I miss that camera.) Soleil Moon Frye, or Punky Brewster to many, captured her life growing up on film. She carried a video camera around with her documenting everything, and now Hulu is releasing her documentary Kid 90. I had a chance to screen Kid 90 and Soleil just blew me away. Kid 90 is available to watch on Hulu starting March 12, 2021. Here is my Kid 90 review.

Kid 90 is a deep dive into the childhood of Soleil Moon Frye and other Hollywood child actors and entertainers. Not only did she capture events on camera, but she also kept a diary which she used to piece everything together. I mean my mind is blown. I kept a diary for 1 year until my mom read it and then I stopped keeping one. Haha! Soleil also did not hold back when videotaping. There was no turning off the camera if she and her friends were drinking underage or doing drugs. She made sure to capture it all, and what she captured is amazing. She would ask her friends personal or philosophical questions and some of the answers these kids provided were deep. But she also captured silent cries of help from her friends that went unnoticed at the time, as well as traumas that happened to herself.

The media and child stars

The biggest thing that Kid 90 reiterated for me is just how poorly the media treats child movie/tv stars. Especially female child stars. Soleil went in-depth about how the media treated or talked about her as she was growing up and her body was developing. As a woman and a mother of daughters, it infuriates me. On the flip side though Soleil was/is a champion for women. As a young adult, she had no qualms talking about her breast reduction and just letting other girls and women know she is just like them. You know, on the outside celebrity life seems all glamorous, and Kid 90 is a reminder that it’s not. These actors and singers or musicians are still kids and the media treats them like adults, and they aren’t.

Kid 90 is also a perfect reminder to take a step back and listen. Listen to your kids and their friends, your friends, and family, because if you don’t take the time to listen or ask how someone is doing you can miss signs that they are not ok. It was heartbreaking to watch the videos Soleil took and seeing these kids, who to me, looked like they were hurting, and some of them were.

Worth a watch, but not when the kids are around

I really enjoyed watching Kid 90, and it is definitely worth a watch especially if you were a teenager in the ’90s. For me, it brought me back to my early childhood and gave me a different perspective on the lives of child movie stars. I do not recommend watching the documentary around young kids because there is adult language, drinking, drug use, etc. I hope Soleil has more footage because I would be very interested in watching a second documentary if she ever makes one.

What’s your Kid 90 review? I would love to know your thoughts. Drop them in the comments.

As a teenager in the ‘90s, Soleil Moon Frye carried a video camera everywhere she went. She documented hundreds of hours of footage and then locked it away for over 20 years. After all this time, kid 90 unlocks the vault and presents a true time capsule of a group of friends growing up in Hollywood and New York City in the ‘90s, balancing childhood and fame pre-internet and social media explosion. It is a deeply personal coming-of-age story that explores how “sometimes we need to look back to find our way forward.” Soleil is joined by lifelong friends and fellow child stars who provide commentary on growing up in the ‘90s; including David Arquette, Stephen Dorff, Balthazar Getty, Mark-Paul Gosselaar, Brian Austin Green, Tori Leonard, Heather McComb and more.

Another documentary I watched recently that hit home is Framing Britney Spears. You can click HERE to read my thoughts on the documentary.

Kid 90 Review: A Deep Dive into the Childhood of Soleil Moon Frye
FacebookTweetPin