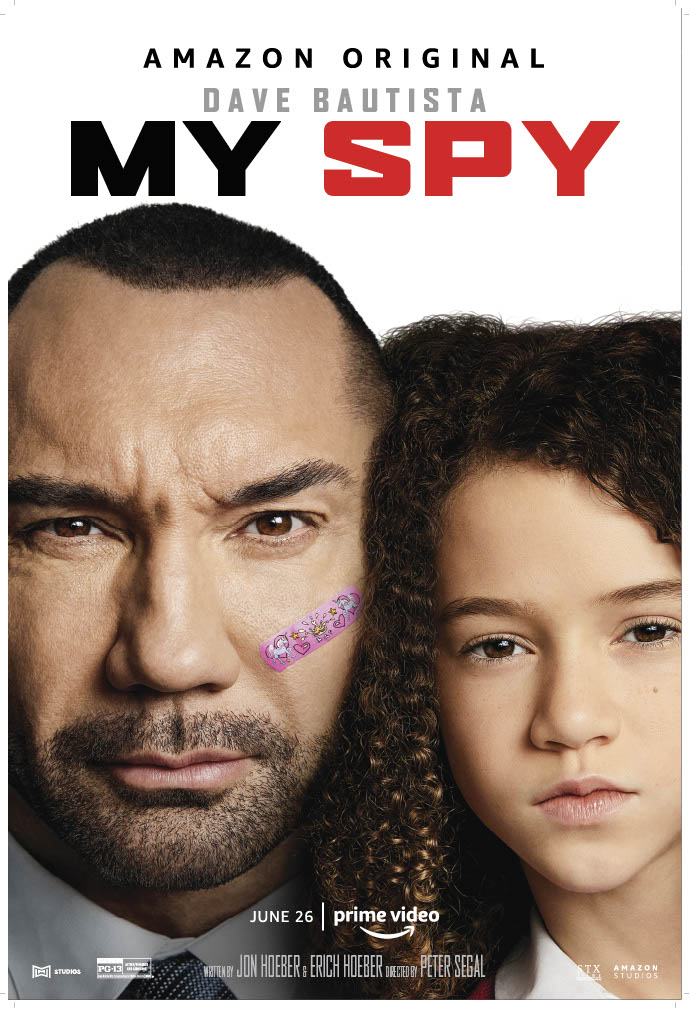 I wanted to be a spy growing up…

Growing up what kid doesn’t want to be a spy?! Haha! My mom even told me when I was younger if I wanted to be a spy then I needed to get a job at the FBI or CIA. Sadly, I did not become a spy. (I don’t think I would have made a very good one. Haha!) So, I watch movies about spies. (Fair trade-off.) MY SPY was one of those movies I had hoped to see in theaters, but unfortunately, it got pushed back and now it is on Amazon Prime Video. But it is out now, and I am happy. Here is my review of the new movie MY SPY.

I actually liked the movie. (It does remind me of other movies like The Pacifier though.) I will admit I thought it was a kid’s movie at first, but it is not. Haha! It is rated PG-13 and I would not recommend it for kids under that age. (Lots of violence and adult language.) But it was entertaining. MY SPY had me laughing throughout the movie and it is action-packed from start to finish.

Most of the funniest laughs, I believe, come from Kristen Schaal’s character Bobbie. Kristen is an amazing actress and she is the highlight of the movie for me. Another stand out is Chloe Coleman who plays Sophie. She was the perfect cast for the role of Sophie and her chemistry with Dave Bautista is spot on, and I cannot wait to see what’s next for her. All in all MY SPY is a decent movie that deserved a movie theater release.

I give MY SPY a solid B. It is a movie I could watch over and over again and always be entertained. Again, not for young kids. MY SPY is out now on Amazon Prime Video.

My Spy follows JJ a hardened CIA operative (Dave Bautista) who has been demoted and finds himself at the mercy of a precocious 9-year-old girl, named Sophie (Chloe Coleman) where he has been sent undercover begrudgingly to surveil her family. When Sophie discovers hidden cameras in her apartment, she uses her tech savviness to locate where the surveillance operation is set. In exchange for not blowing JJ’s cover Sophie convinces him to spend time with her and teach her to be a spy. Despite his reluctance JJ finds he is no match for Sophie’s disarming charm and wit. Rated: PG-13

If you are looking for a movie for younger kids make sure you check out my review for Jungle Beat The Movie HERE.