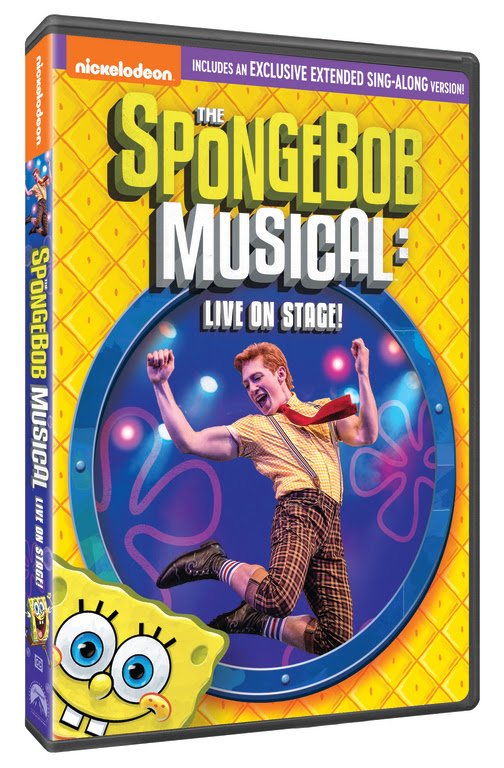 Who knew SpongeBob would make such an amazing musical!? I sure didn’t, but SpongeBob Musical: Live on Stage! Is a colorful, fun, and highly entertaining experience. I will admit I am pleasantly surprised! The cast is super talented and the music is catchy! The show had my girls up on their feet singing, dancing, and laughing. Below is everything you need to know about SpongeBob Musical: Live on Stage! coming to DVD on November 3, 2020.

To celebrate the new DVD release of SpongeBob Musical: Live on Stage! I am holding a giveaway where you can enter to win your own copy! Click HERE to enter.

SpongeBob and all of Bikini Bottom face catastrophe – until a most unexpected hero rises to take center stage to prove that the power of optimism really can save the world. This one-of-a-kind musical event boasts the full, extended-length broadcast of the hit Broadway musical, plus an exclusive sing-along version only available on this DVD! Also featuring a special guest appearance by voice actor Tom Kenny as ‘Patchy the Pirate,’ this is one under-the-sea spectacular that you don’t want to miss. SpongeBob SquarePants and all of Bikini Bottom bring a party full of heart and humor in The SpongeBob Musical: Live on Stage!, arriving on DVD November 3, 2020, from Paramount Home Entertainment and Nickelodeon Home Entertainment. The SpongeBob Musical: Live on Stage! DVD will be available for the suggested retail price of $10.99 U.S.

The SpongeBob Musical: Live On Stage! is a musical production conceived and directed for the stage by Tina Landau, book by Kyle Jarrow, orchestrations, arrangements & music supervision by Tom Kitt, with choreography by Christopher Gattelli, produced for television by Austin Shaw, and directed by Glenn Weiss. Nickelodeon’s Vice Presidents Paul J Medford and Susan Vargo serve as executive producers, alongside Senior Vice President of Music & Talent Doug Cohn and is executive produced and overseen by Executive Vice President of Unscripted and Live Events Rob Bagshaw.