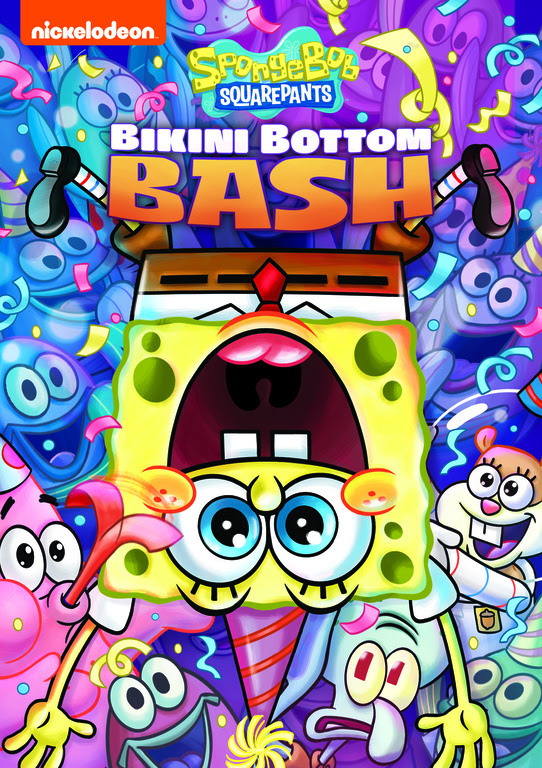 Who here has a birthday coming up!? My family and I just watched SpongeBob SquarePants: Bikini Bottom Bash and laughed our butts off. It’s the perfect DVD to watch if your child is a fan of SpongeBob, and has a birthday soon. Also, if you add a SpongeBob inspired snack recipe, coloring/activity sheets, and the below Pineapple Cupcakes recipe and wrappers you can throw the ultimate SpongeBob Squarepants themed Birthday Bash! Click HERE for the perfect SpongeBob inspired snack and coloring pages and activity sheets. Click below for the Pineapple Cupcakes and wrappers!

Watching these SpongeBob DVD’s has us looking forward to when the new The SpongeBob Movie: Sponge on the Run movie comes out. (Currently slated to release in theaters August 7, 2020.) You can read my trailer reaction HERE.

Disclosure: My family and I were gifted a copy of SpongeBob Squarepants: Bikini Bottom Bash by Nickelodeon and Paramount Home Entertainment all thoughts and opinions are my own.

SpongeBob SquarePants: Bikini Bottom Bash, arrives on DVD April 28, 2020, from Paramount Home Entertainment and Nickelodeon Home Entertainment. It is available for the suggested retail price of $10.99. Click HERE to find it on Amazon.

This rockin’ compilation boasts five uproarious party-themed episodes, including SpongeBob’s Big Birthday Blowout, which ranked as the #1 show for the year across kid networks among K2-11, K6-11, K9-14 and K12-17.  It’s SpongeBob’s birthday, but it’s a surprise, so SpongeBob and Patrick are going on a tour of the surface world while everyone else plans the birthday blowout below. Then, Bikini Bottom throws a wave of other parties: Catch some rays with SpongeBob and Patrick to get into the biggest bash in town, enjoy a girls’ night in at Pearl’s sleepover, raise the pineapple’s roof at SpongeBob’s house party, and celebrate the Krusty Krab’s momentous eleventy-seventh anniversary!

If SpongeBob is not your kid’s cup of tea then check out my post on Paw Patrol: Mighty Pups Super Paws HERE.