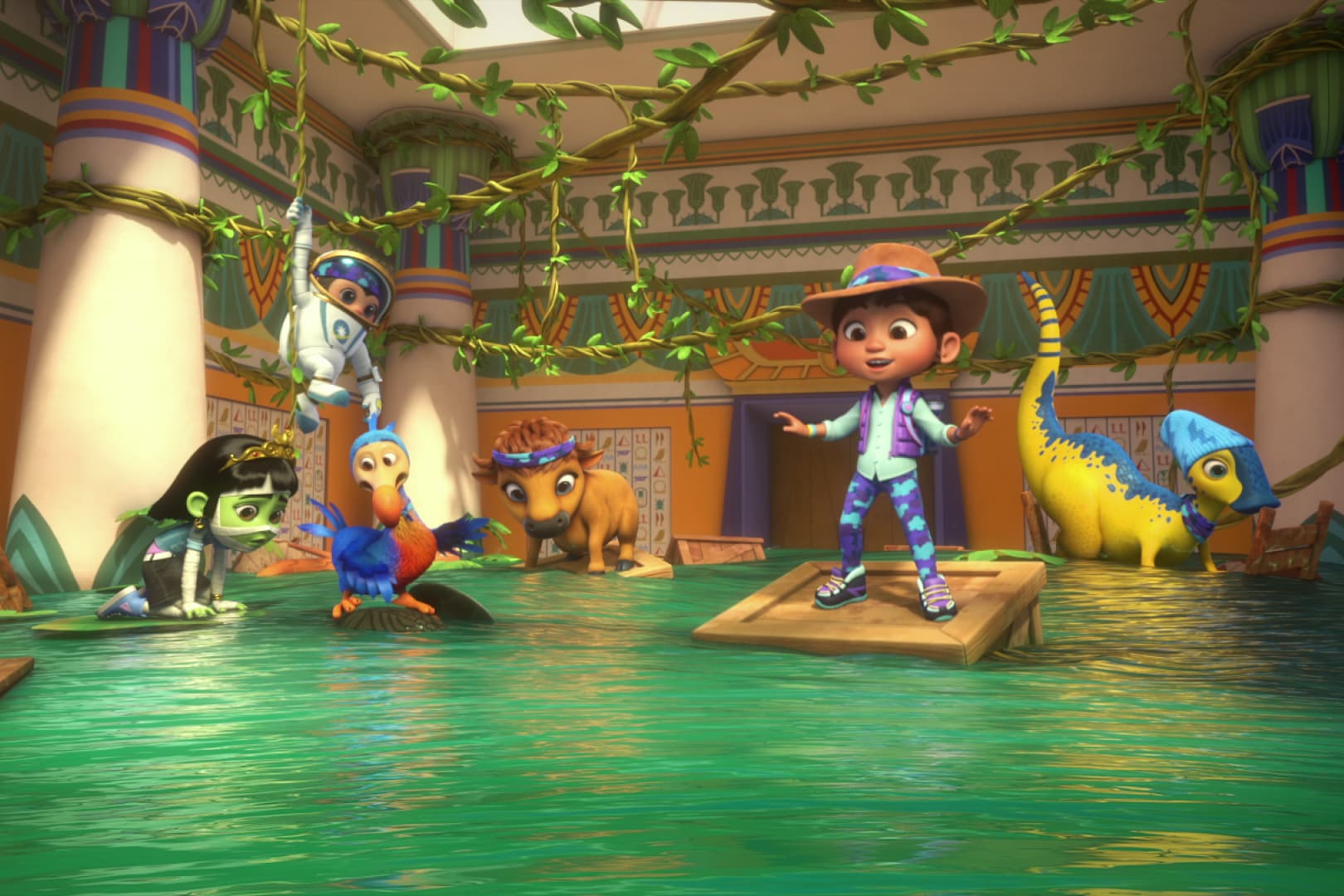 Last night I got an email asking if I wanted screeners for the new Netflix Preschool show Ridley Jones. I said yes and my kids and I feverishly watched season 1 before bedtime. Ridley Jones is an adventurous animated kids show, but how does it rank with other kids shows on Netflix? Ridley Jones is out now on Netflix. Below is my Ridley Jones Season 1 Review!

Ridley Jones is a fun show that is a mix of Indiana Jones and The Night at the Museum for kids. Ridley’s family are keepers of the museum and Ridley is in training to continue her family’s legacy. She is making new friends, learning about history and herself at the same time. While Ridley Jones is created by the same individual as DocMcStuffins and Vampirina, Chris Nee, the show does have a different feel to it. It has a lot of Indiana Jones like action and adventure which is very entertaining, and the musical scores are super catchy. (I love the theme song. I have been singing RIDLEY JONES ever since I started watching it. Haha!)

My only 2 issues with the show is it is billed as a Preschool show, but in truth it leans more towards a show for older kids. While the characters state in the show they need to make/keep the museum historically accurate the show slips in this department. But of the two issues I have my biggest one is with the Preschool labelling. Some of the themes/lessons to be learned from the show, while important one’s, younger children may not understand. Therefore the show many not hold their attention as well as other Preschool shows. (I actually suggest this show for ages 6 years-old and up.)

If you watch Ridley Jones I would love to know your thoughts. Drop them in the comments.

“Ridley Jones” is Netflix’s newest preschool series, following six-year-old Ridley who, alongside her mother and grandmother, is a protector of the museum she calls home. Keeping the exhibits safe takes a real hero, especially when the lights go out and the exhibits — from Egyptian mummies to stampeding elephants — come to life! Throughout her many adventures, Ridley finds that being a good protector, and leader, is about finding common ground and respecting others, no matter what our differences might be.