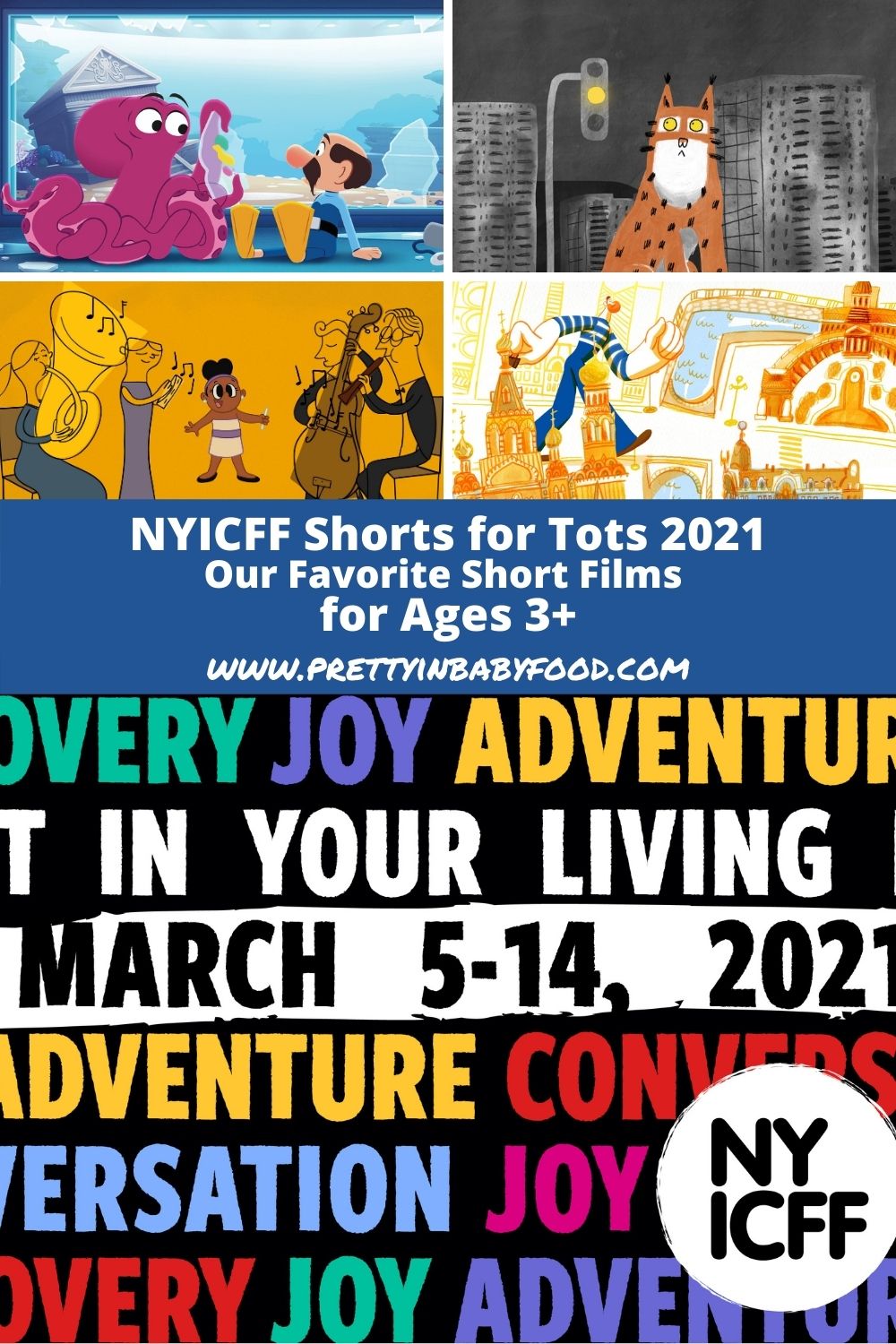 Our Favorite Short Films for Ages 3+

Kenya’s Symphony was our overall pick and the top favorite of the Shorts for Tots program. My kids just seemed to connect with this short more than all the others. The animation was beautiful, and the story drew my kids in. Both sat still and watched as Kenya fought her mother and didn’t want to sit still during the symphony. At the end of the short, my oldest looked at me and told me the lesson she learned from the short film. How even though we might not like something at first we should give it a try because, in the end, we might end up discovering we love it. Oh, and also to behave. Haha! It was the only short film in the Shorts for Tots program where either of my kids mentioned they learned something.

United states Animation, Carlos Douglas Jr, 2019, 5 min. English A stubborn 5-year-old reluctantly heads off to a performance with her mom. When the music starts, will a passion bloom? More about the film: Facebook and Instagram.

A Lynx in The Town – My youngest’s best story pick

A Lynx in the Town was one of our favorites. My oldest described it as cute and funny. My youngest loved the story. I very much enjoyed the animation and felt the choice in music matched the story and animation perfectly. It came across as a children’s book brought to life.

France, Switzerland Animation, Nina Bisiarina, 2019, 7 min. No dialogue You’ve heard of King Kong, now meet this king cat, a giant feline who falls for the big city, with its skyscraper scratching posts and inhabitants who marvel at her size.

Ink had my girls rolling with laughter. They thought it was hilarious that an octopus disliked messes as much as the one in Ink did, and they thought the animation was beautiful. My oldest said she could watch a much longer film with the Octopus in it.

NETHERLANDS Animation, Joost van den Bosch & Erik Verkerk, 2020, 2 min. No dialogue Being a neat freak is easy when you’ve got eight arms and live underwater, but try keeping up with this octopus teacher’s hilarious lesson! Learn more about the film on their Facebook page.

Leaf was another short whose animation reminded me of a children’s book and was almost our overall pick. My oldest described the short as wonderful, and my youngest really liked the story. Another reason Leaf ended up on our favorites list was that it caused my kids to ask questions such as why was the leaf important to the sailor, and why did it remind him of home? As a parent, when a film makes my kids stop and think I love it.

The Kiri and Lou short Air was so close to being a favorite of ours. Both of my kids thought the story of Kiri and Lou was funny. My youngest didn’t fully understand the story, but she got the gist of it. My oldest just kept shaking her head telling me some creatures are just not water creatures. Haha! What got them though was the animation. For some reason, they were not too keen on the animation. My oldest did mention though she thought that Kiri and Lou would make great books and that she would buy them. Haha!

New Zealand, Canada—US Premiere Animation, Harry Sinclair, 2020, 5 min. English Kiri and Lou are the silliest creatures around, but they’re smart enough to know a good thing when they’ve got it.

For more of my NYICFF coverage make sure to check out my City of Ghosts Review and Interview with its creator Elizabeth Ito HERE.