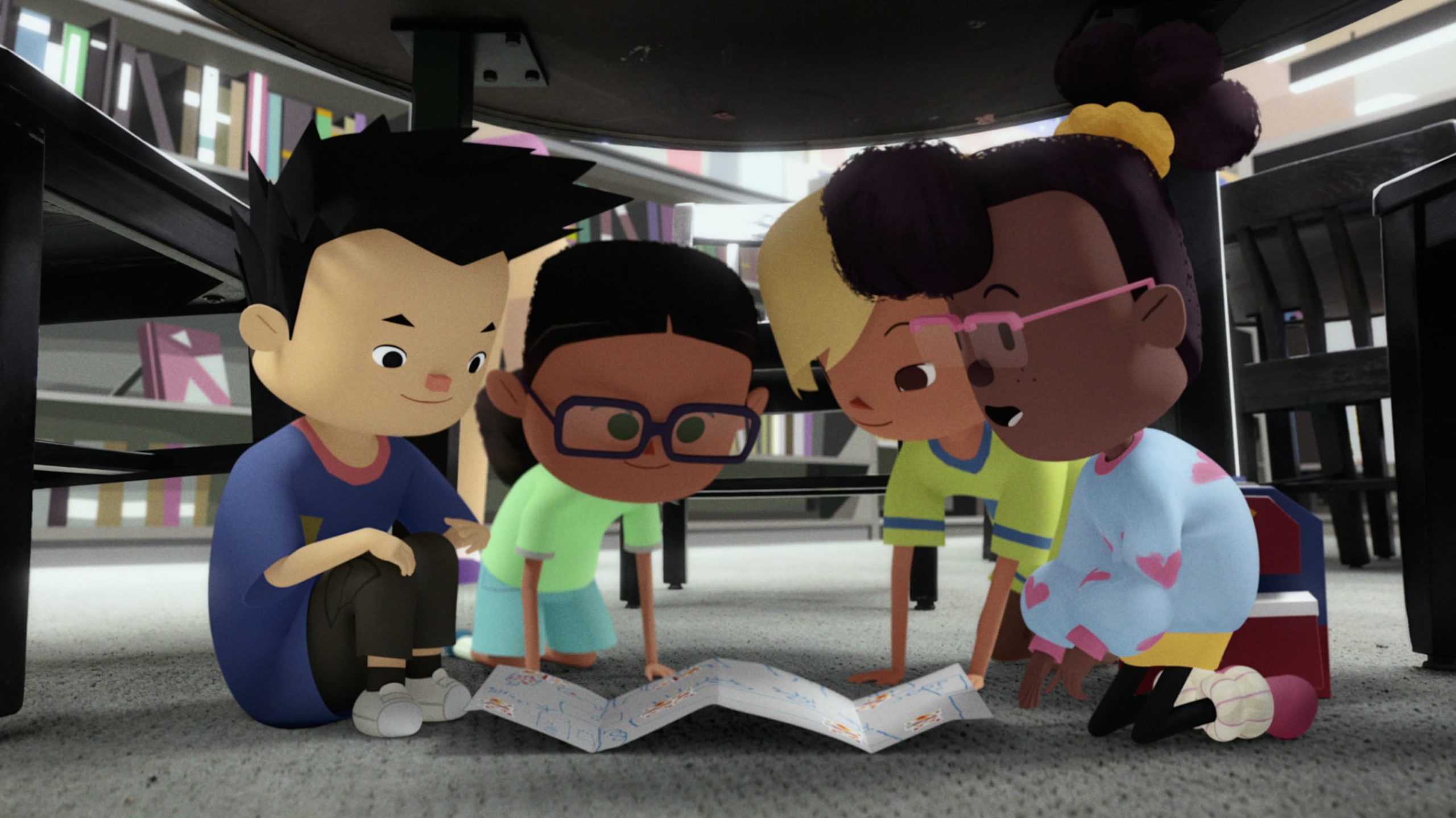 Do you believe in ghosts?

The kids, and some adults, in Netflix’s new show City of Ghosts, do and it is fantastic to watch. City of Ghosts follows a group of young friends called the Ghost Club as they investigate paranormal activity around LA. All while learning about the history and people who live there. With a mix of animation and live-action backgrounds, Elizabeth Ito’s City of Ghosts is a documentary-style show that will entertain all ages. City of Ghosts opens the New York International Children’s Film Festival (NYICFF) and releases on Netflix on 3/5/2021. I am covering the NYICFF and I got a chance to screen the first season of City of Ghosts as well as interview its creator Elizabeth Ito. Here is my review! (Spoiler-free of course!)

I cannot say enough good things about City of Ghosts. The show is genius and I love it. The way in which Elizabeth Ito put together the show is a prime example of storytelling. The animation/live-action backgrounds and premise/story of the show complement each other so well. Let’s break it down.

Elizabeth Ito is no stranger to creating animated shows with a live-action background. She used this style previously with her short “Welcome to My Life”, but she has perfected it further in City of Ghosts. When speaking to Elizabeth about City of Ghosts she mentioned how she wanted to create a show she could sit down and watch with her son and where her son wouldn’t get scared. Furthermore, she wanted a show that wasn’t hyper-dramatic and explored the history and peoples of LA.

She accomplished this perfectly with City of Ghosts. Even though one of the main topics about the show is ghosts the show is very relaxing. There are no scary part’s and nothing goes bump in the night. Kids love animated shows, but putting in the live-action backgrounds helps to draw them in and connect them to the characters and locations. Also, representation matters. I love how diverse the characters in City of Ghosts are. Kids and adults alike will be able to watch the show and see characters that look like them as well as characters that represent their culture.

Speaking of Ghosts. During the interview, Elizabeth was asked why she decided on ghosts for the show and how she kept the show kid-friendly. First, she did tell us she believes in ghosts and had seen a ghost when she was around 6 years old. (It was at her house, and her Dad saw it too!) But then she mentioned how another board artist on the show had written a report in school about the idea how kids don’t understand the concept of ghosts, before a certain point, and that they are more like imaginary friends to kids. Elizabeth mentioned she loved that concept and the ghost characters in City of Ghosts reflect that idea. The ghosts are cute and non-threatening, and just want to tell their stories which the Ghost Club is happy to listen to.

Zelda, Eva, Peter, and Thomas comprise the Ghost Club and it is their mission is to find ghosts and listen to their stories. In doing so they learn about the history and different cultures that make up LA. During the interview, Elizabeth mentioned she wanted to preserve the stories and entertain kids at the same time. She did this by using real stories and residents of LA for the ghosts and other characters. For me, this makes the stories told even more compelling and causes you to stop, think, learn, and ask questions. This is exactly what a kids show should do, and I truly hope City of Ghosts will be able to continue doing this in future seasons because there are tons more stories that are waiting to be told.

Elizabeth Ito’s City of Ghosts get an A+ from me. Beautiful animation coupled with compelling stories makes for an exceptional educational show that parents and kids alike will love.

More from my interview with Creator Elizabeth Ito

Here are some more fun facts from the interview with Elizabeth Ito.

If you watch City of Ghosts on Netflix I would love to know your thoughts on the show. Let me know in the comments.

Featuring a charming blend of animated characters and live-action settings, City of Ghosts is a documentary-style series about a group of ghost-loving kids in Los Angeles who learn about the rich history of their city through encounters with friendly neighborhood ghosts. In each episode — which is based on and voiced by real residents from different neighborhoods — the members of The Ghost Club help others learn to inhabit the present by communicating with the ghosts of the past.