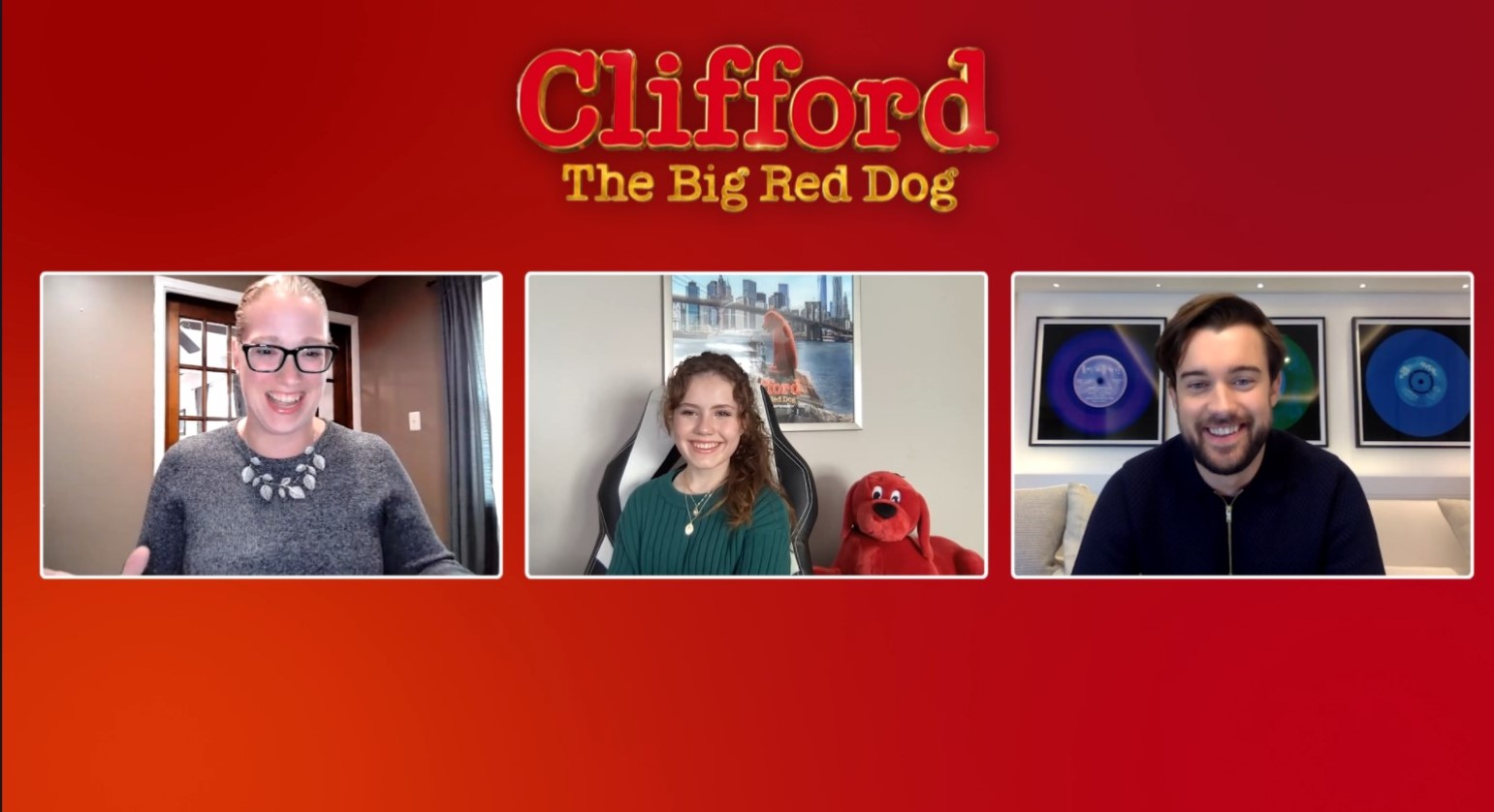 Usually, I start my interview by introducing myself, but Jack had me rolling with laughter off-camera and that is how the interview started. (He had mentioned to another entertainment writer how he hoped Clifford would give parents 1.5 hours of respite from their kids, and I couldn’t stop laughing.) I also got a chance to ask them about the hardest scene to film during the movie and talked about why the movie had my daughter crying during a certain part while watching the film.

My daughter’s interview with Clifford!

Sometimes my kids get to join me for interviews, but this time my oldest got to do her own interview. She got a chance to talk with everyone’s favorite big red dog, Clifford! She did a great job and is super excited to share it with everyone. You can watch it below!

The holidays are about to get a whole lot BIGGER when CLIFFORD THE BIG RED DOG becomes available to purchase on Digital* December 14, 2021, with exclusive, never-before-seen bonus content from Paramount Home Entertainment.  The film will be unleashed on Blu-ray & DVD on February 1, 2022, in time for Valentine’s Day.

The Digital* release of CLIFFORD THE BIG RED DOG features supersized and fun-filled bonus content, including a behind-the-scenes tour with the cast, a closer look at the puppeteers who helped bring Clifford to life, an exploration of Clifford’s beginning with creator Norman Bridwell, hilarious tips for caring for a giant dog, and deleted scenes not seen in theaters!  Details on the bonus content are listed below.

When Emily discovers her little red puppy named Clifford has grown ten feet overnight, she turns to her eccentric Uncle Casey for help. But when a mad scientist tries to capture the larger-than-life playful pup, it takes the entire neighborhood to hide Clifford as they race across the city. Get ready for the incredible, laugh-out-loud comedy adventure that is BIG fun for the entire family!