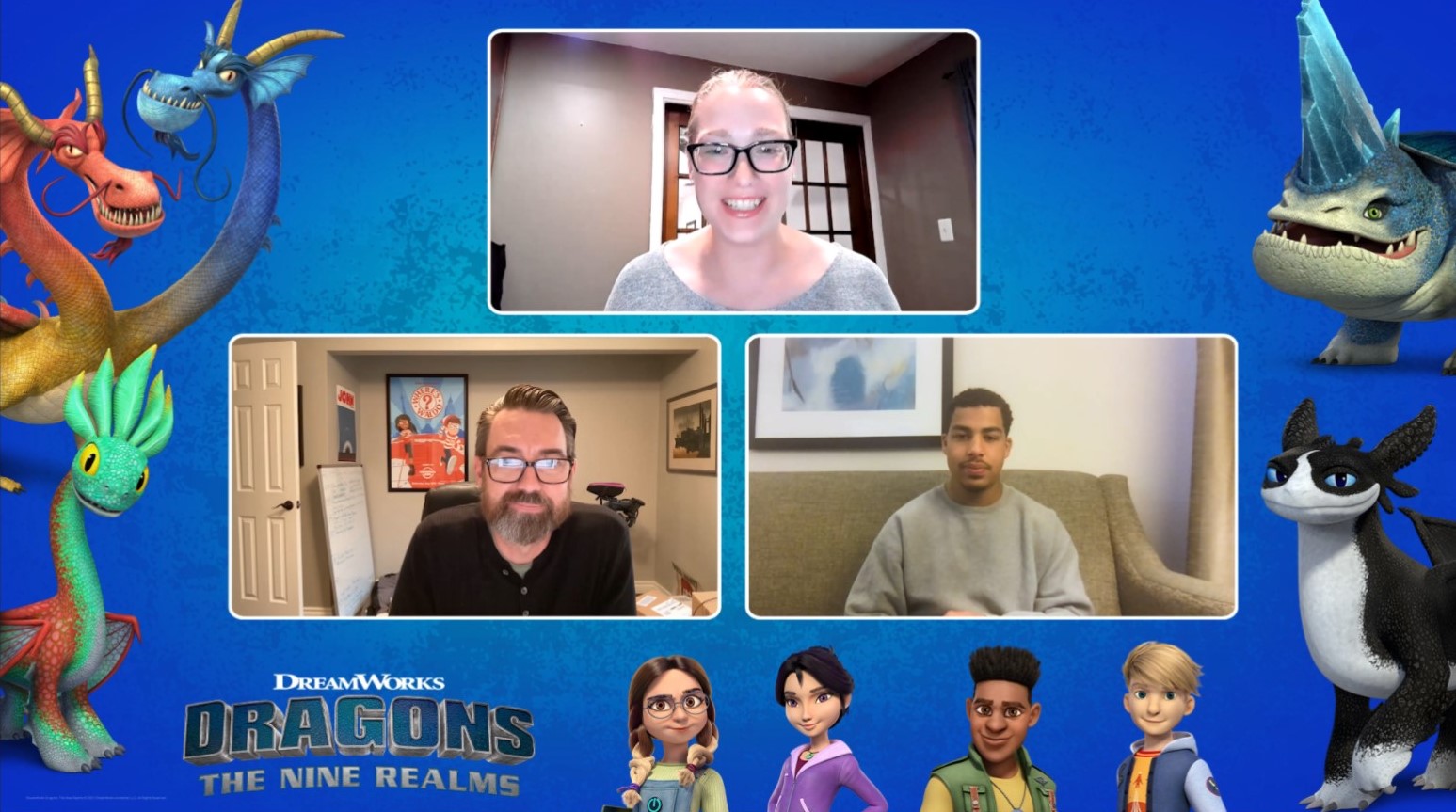 Dragons: The Nine Realms is inspired by the How to Train Your Dragon franchise. The series premieres on Hulu and Peacock on December 23, 2021. I got the chance to screen the new show as well as interview Marcus Scribner who voices the character D’Angelo Baker and Executive Producer/Showrunner John Tellegen. You will find my Dragons: The Nine Realms Review and Interview below!

If you are a fan of the How to Train Your Dragon movies and TV Shows you are going to love the new Dreamworks Animation series Dragons: The Nine Realms. There is action, adventure, intrigue, and of course Dragons! The show follows a group of teenagers who are brought to live at a research facility by their scientist parents. While there they discover the existence of Dragons and must protect them. The show has many areas that connect it with How to Train Your Dragon. It’s a lot of fun to find them. (Executive Producer John Tellegen even mentions the movies and this new show are in the same universe.) But Dragons: The Nine Realms is its own show with its own feel, and I love that. The only thing I wish was slightly better is the animation.

I had the opportunity to chat with Marcus Scribner who stars as D’Angelo Baker & Executive Producer/Showrunner John Tellegen. We talked about the new show, and of course about dragons!

Set 1,300 years after the events of How To Train Your Dragon, dragons are now just a legend to the modern world. When a geological anomaly opens up an immense, miles-deep fissure in the Earth’s surface, scientists from all over the world gather at a new research facility to study the mysterious phenomenon. Soon a group of misfit kids, brought to the site by their parents, uncover the truth about dragons and where they’ve been hiding — a secret they must keep to themselves to protect what they’ve discovered.

Looking for more to watch on Hulu and Peacock? Make sure to check out my review of The Croods: Family Tree HERE.