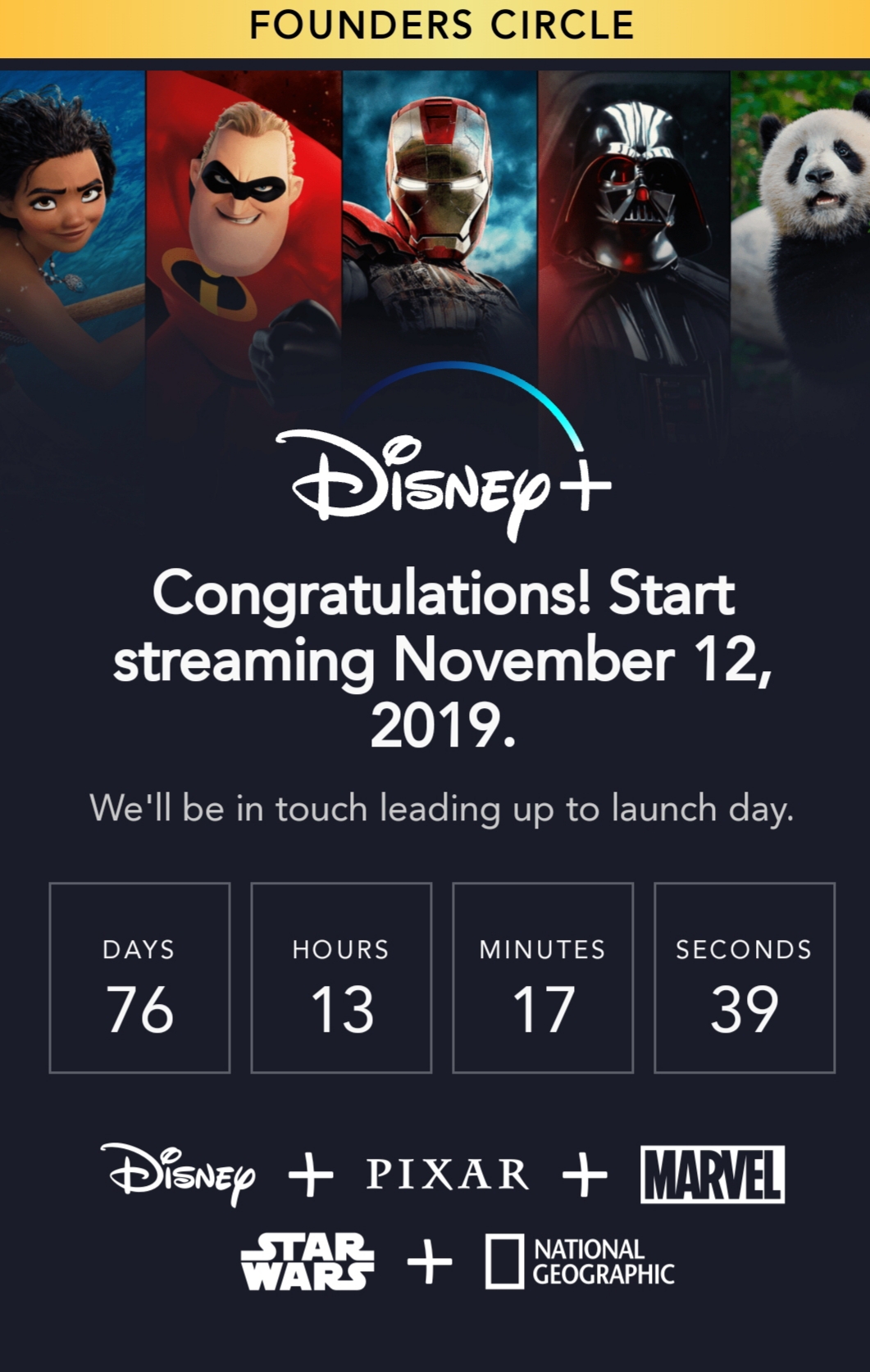 Disney Is Taking Over The World

If you haven’t heard Disney is branching out into the streaming service arena and will be coming out with Disney+ this November (11/12/19). They will be taking all of their content and moving it over to Disney+, along with adding new content. I am talking about A LOT of new content. Below is why I signed up for Disney’s streaming service, which isn’t even out yet, and everything I am looking forward to watching on Disney+.

There is a lot of new Marvel content heading to Disney+. Disney is smart. If you do not want to miss anything from Marvels Phase 4 then you will need to get Disney+. Here are the Marvel shows that I am really looking forward to watching on Disney+. She-Hulk, Ms. Marvel, Moon Knight, Hawkeye, What If…?, Loki, WandaVision, and The Falcon and The Winter Soldier. If I am being honest I am really looking forward to Loki and WandaVision the most. In Infinity War Loki sadly died but in Endgame a past version of Loki escaped during the “time heist”. In the new series Loki will we find out where he went, and what he has been up too? See! You will need Disney+ to find out! Also, WandaVision is supposed to tie into Doctor Strange in the Multiverse of Madness. (Again, see what Disney did there…)

This show alone sold me on Disney+. Haha! I am a bit of a Star Wars fan so when Disney announced The Mandalorian on Disney+ I jumped for joy. Pedro Pascal stars as The Mandalorian and Jon Favreau is the Executive Producer. Other actors I am excited to see in the show are Ming-Na Wen, Gina Carano, and Taika Waititi. You can watch the trailer for The Mandalorian below.

Disney already has a huge number of movies, and they will be moving over to Disney+. But just like other streaming services, Disney will be making movies just for their platform. Two that I am very excited about that were announced at D23 Expo recently is Noelle, and the live-action Lady & The Tramp. Christmas is my jam. It is my favorite time of year, and Noelle looks like it is going to be hilarious. Noelle stars Anna Kendrick and Bill Hader and will be a slightly different take on a Santa Claus Christmas Movie. You can watch the trailer below.

I wasn’t going to kid myself. Haha! My family watches so much Disney content that it just made sense for us to sign up early and save money. I am really looking forward to November and seeing what Disney is going to do with their streaming service.

Are you getting Disney+? Did you sign up as a founding member at D23? Let me know your thoughts about Disney’s new streaming service, and what you are looking forward to watching, below in the comments!

Why This Disney Fan Signed Up For Disney+
FacebookTweetPin

2 thoughts on “Why This Disney Fan Signed Up For Disney+”