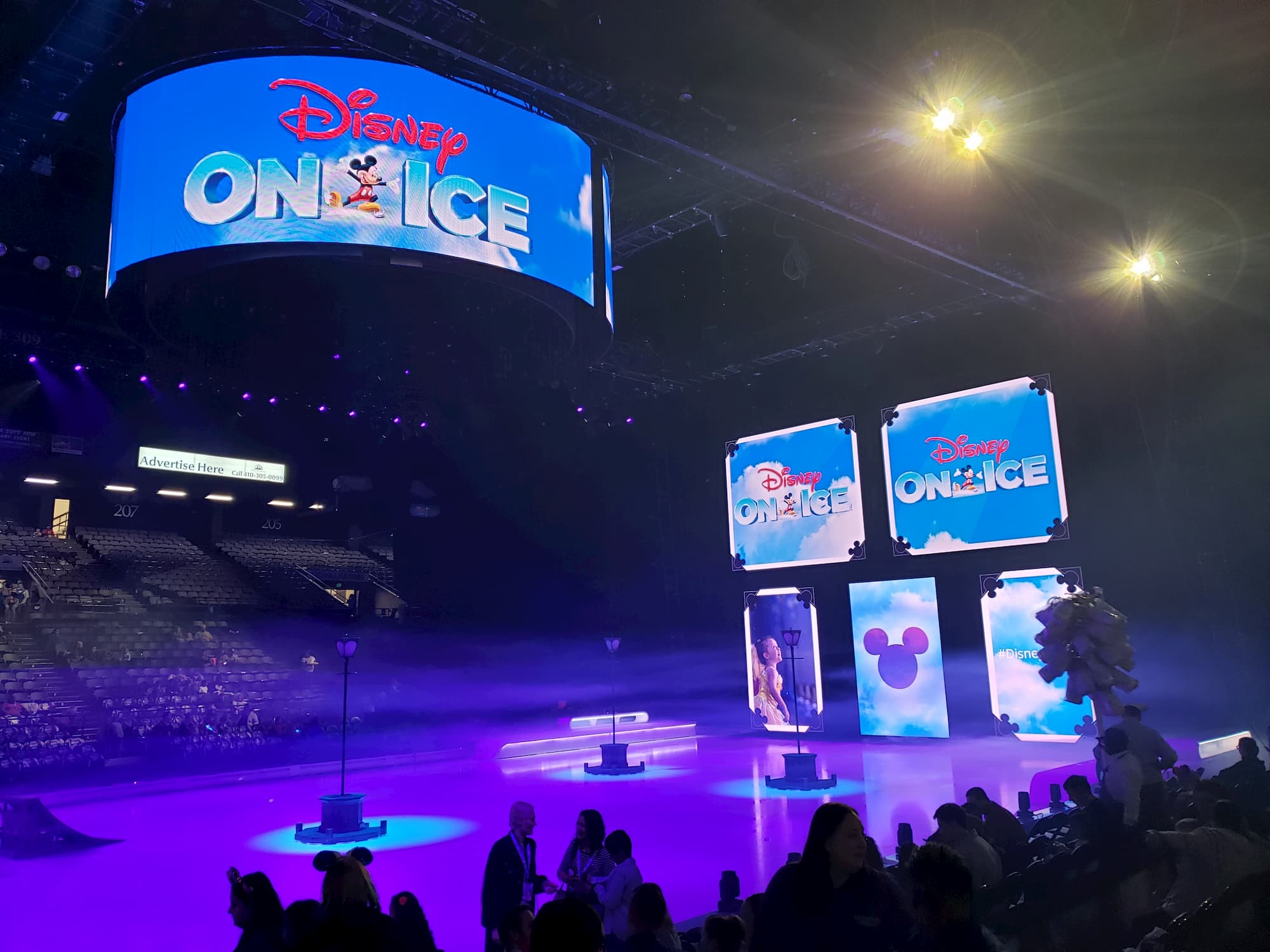 I am a Feld Family Ambassador, and in exchange for my time and efforts in attending shows and reporting my opinion within this blog, as well as keeping you advised of the latest discount offers, Feld Entertainment has provided me with complimentary tickets to Feld shows and opportunities to attend private Feld pre-Show events.

The characters you will see

Disney On Ice presents Road Trip Adventures has so many characters from your beloved Disney movies. There are characters from Mary Poppins, The Incredibles, Moana, Frozen, The Lion King, Toy Story 4, Aladdin, all of the Princesses, and of course Mickey, Minnie, Goofy, and Donald. My kids could not hold their excitement whenever one of their favorite characters came on the ice.

How interactive is it

This is the most interactive Disney On Ice show I have been too. I actually wasn’t expecting it to be so interactive! Characters walked around in the crowd, you got to toss balls around, and if you were in the Extra Magic Zone you had the chance of having your picture taken and put on the big screen or being selected to go on the ice or interact more with the cast. We weren’t selected, but oh man my kids would have gone crazy if we had. Haha!

My favorite part though was the aerial performances and the costumes. Everything is so beautifully done and the choreography is spot on. It was just amazing to watch Elsa twirl in the air during “Let it Go”, and to watch Princess Jasmine fly through the air during “A Whole New World”. Oh, and Duke Caboom coming in on his motorcycle. Haha! It really makes you feel like you are in the movie, and makes you want to sing along. (Which the whole crowd did especially during “Let it Go”.) Aladdin was by far my favorite followed closely by The Lion King. It was simply almost 2 hours of pure magical enjoyment.

Tips for your next Disney On Ice show

While we saw Disney On Ice presents Road Trip Adventures at Royal Farms Arena in Baltimore where ever you see the show definitely try and arrive early so you can find your seats and then go get a snack. If you have children who get overstimulated easily bring noise-canceling headphones or something to distract them with till the show starts.

It is a little dark, like a movie theater, and loud. (I really wish I had brought these for my oldest. In the beginning, she was overwhelmed and overstimulated which led to a tantrum, but once the music started and the skaters started coming onto the ice she was good to go.) If you can swing it spring for the Extra Magic Zone tickets. While we were not picked there were a lot of families who were, and the looks of joy on the faces of the kids were amazing. Also, the Extra Magic Zone tickets will get you better seats for viewing the show. (Closer to the ice.)

You can see what Disney On Ice shows will be coming to your town HERE. (As well as purchase tickets.) I also have a review of Disney On Ice presents Worlds of Enchantment HERE.

Have you been to see a Disney On Ice show? If so which one? How was it? If you have any questions I would love to hear about it in the comments!