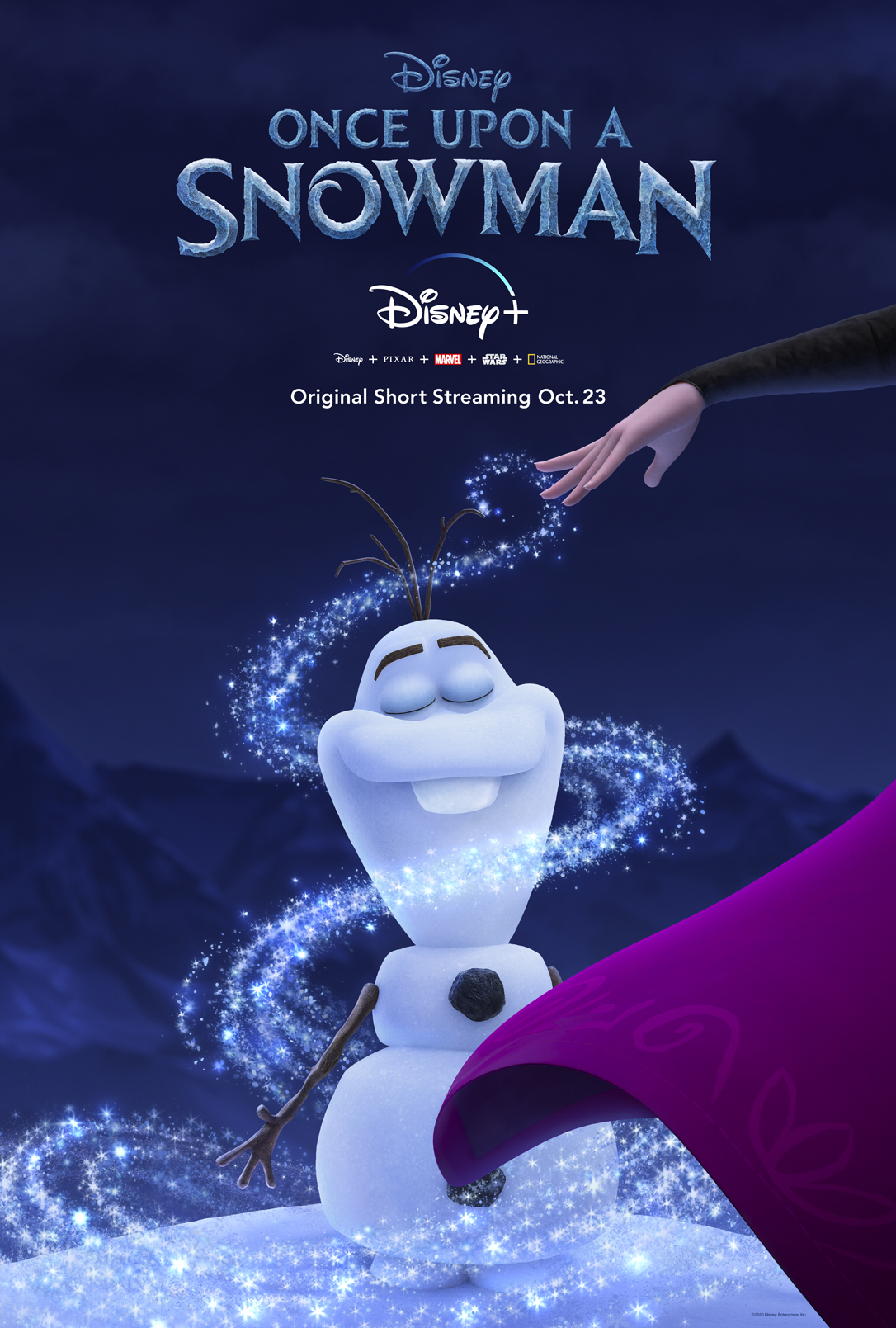 Do you wanna build a snowman?

This is a question my kids ask me almost every morning when pulling up my eyelids to wake me up. Haha! My kids are still fully in love with the whole Frozen franchise and I haven’t told them yet, but Disney+ is coming out with a new short called Once Upon a Snowman. I know when I tell them they are going to freak out. Below is the information I have on the new short and the release date on Disney+. Personally, I am super excited for the short since Frozen holds a special place in my heart. You can read all about my Frozen 2 premiere red carpet experience HERE.

What happened to Olaf within the moments after Elsa created him as she was “letting it go” and building her ice palace, and when Anna and Kristoff first meet him in the forest? And how did Olaf learn to love Summer? The previously untold origins of Olaf, the innocent and insightful, summer-loving snowman who melted hearts in the Academy Award®-winning 2013 Disney animated feature, Frozen, and its acclaimed 2019 sequel, are revealed in the all-new Walt Disney Animation Studios animated short, Once Upon a Snowman. The film follows Olaf’s first steps as he comes to life and searches for his identity in the snowy mountains outside Arendelle.

Directed and Produced by:

Once Upon a Snowman is directed by Trent Correy (animation supervisor, “Olaf” in Frozen 2) and Dan Abraham (veteran story artist who boarded Olaf’s “When I Am Older” musical sequence in Frozen 2) and produced by Nicole Hearon (associate producer “Frozen 2” and “Moana”) with Peter Del Vecho (producer, “Frozen 2,” “Frozen” and the upcoming “Raya and the Last Dragon”). Olaf is voiced by award-winning actor Josh Gad.

“This is an idea that started to form when I was an animator on the first Frozen,” said director Trent Correy.”  “Dan Abraham and I are so grateful and excited to have had the opportunity to direct this short, working with our incredible colleagues at Walt Disney Animation Studios.”

“Josh Gad gives one of the great animated voice performances as Olaf through the ‘Frozen’ films,” said director Dan Abraham. “To have the opportunity to work with him in the recording booth was such a privilege and career highlight.”

If you love the Frozen franchise as much as we do then make sure you check out this amazing Frozen coloring and activity sheets HERE and my Frozen 2 gift guide HERE.

Once Upon a Snowman – Coming to Disney+
FacebookTweetPin