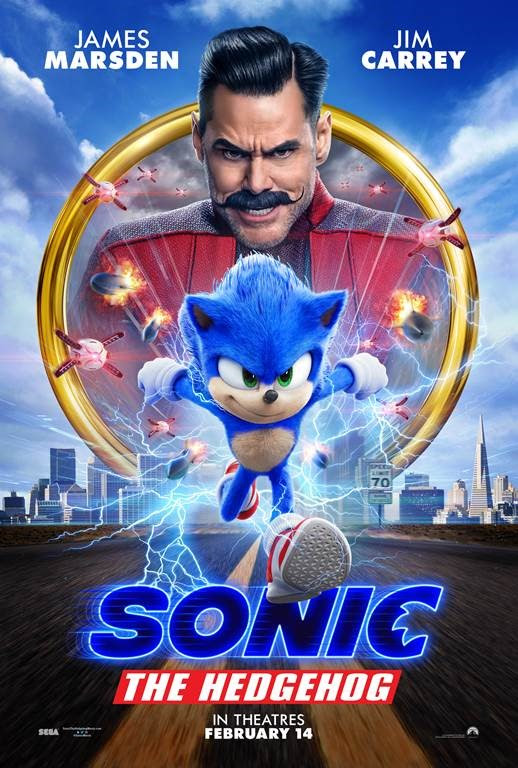 When I first saw the trailer for Paramount Pictures Sonic The Hedgehog I couldn’t take my eyes off of it, but not in a good way. Haha! I have loved Sonic since I was a kid. It was my favorite video game growing up and my sisters and I would spend hours taking turns playing it and watching each other. So, when I heard there was going to be a movie based on Sonic I was so excited. Then I saw it… My first thoughts were what did they do to Sonic?! They tried too hard to make his video game character into a live-action character. His gloves and shoes, body type, and face were just not right. They were not Sonic. People were internet outraged and Paramount heard their cries.

While in LA for The Geekly Retreat I had the opportunity to be able to screen Paramounts redone Sonic The Hedgehog, on the Paramount Lot! Again, I was excited and couldn’t take my eyes off the screen. This time though it was for a good reason. I love the changes Paramount made to how Sonic looks. He actually looks like Sonic! This redone character reminds me of my childhood, and I cannot wait to take my sisters to go see the movie with me. (Yes we are all in our 30’s but so what! Haha! We are young at heart.) Check out the new trailer for Paramount’s Sonic The Hedgehog below, and let me know what you think!

While you wait for Sonic to come out, and are in need of a family-friendly movie make sure you check out my review for Paramount Pictures Playing With Fire HERE.