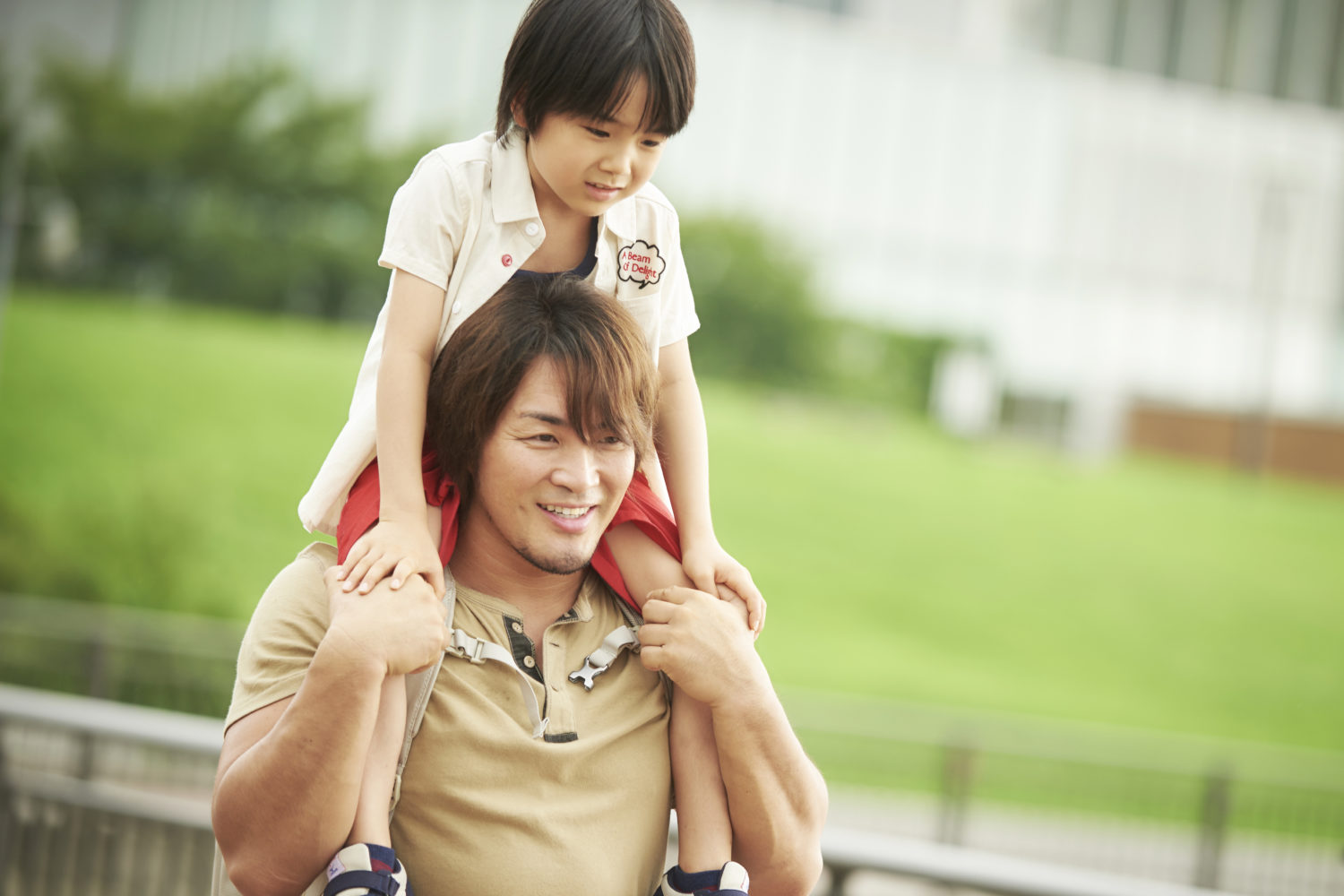 I am taking a break from watching Short Films at NYICFF so I can watch a couple of full-length films. Before NYICFF started I made my list of films I wanted to make sure I saw while attending the festival. I put My Dad is a Heel Wrestler at the top of the list, and I am so glad I did. It is an amazing Japanese movie released in 2018 about a father/wrestler and his son. If you love wrestling you are definitely going to love this movie. Below is my full NYICFF movie review for My Dad is a Heel Wrestler.

The movie is about more than just wrestling

There is so much more than just professional wrestling going on in the movie My Dad is a Heel Wrestler. It’s a story about a father and son learning about each other and learning how to communicate with each other. The movie has so many pieces and each of the main characters is going through something emotional. From Takashi Omura played by Hiroshi Tanahashi going from a face wrestler to a heel wrestler due to injury and having to live with the fact that he may never wrestle in a higher category again. Throw in that Hiroshi is slightly embarrassed by his position in the league and doesn’t tell his son about what he does for a living. Thus his son does not understand and when his son Shota Omura played by Kokoro Terada actually learns about his father’s job, from others, his son is embarrassed by his father.

Understanding the pain (emotionally and physically)

Any parent, or athlete that has been injured and unable to continue playing the sport they love can commiserate with Hiroshi. All Hiroshi wanted was to continue to pursue his passion, which was wrestling, but he also wanted his son to be proud of him. I can understand 100% in both areas. I myself used to practice and play Judo, a Japanese martial art and was injured off the mat (knee) which caused me to never again compete at the same level I once did.

It hit me hard. I had a passion for competing in the sport and I could not move past not being able to. Hiroshi moved past this pain to accept being a heel wrestler, as hard and painful as that might have been. But I also understand Hiroshi wanting his son to be proud of him. As a parent, I want my kids to be proud of me as well. I want to be the kind of role model they look up to. My Dad is a Heel Wrestler is a prime example for us parents that we need to be able to communicate openly with our children. As well as not to give up hope on our own passions and dreams in life.

But the movie is still about wrestling. Haha! While I am not a diehard wrestling fan I do enjoy watching wrestling, and I have my favorite wrestlers. I enjoyed watching the wrestling in My Dad is a Heel Wrestler, and the wrestling scenes are so much better than many of the other big titled wrestling movies out there. Probably because real-life Japanese wrestlers were cast in the movie such as Hiroshi Tanahashi, Kazuchika Okada, and many more.

My Rating/ and is it ok for kids?

I really love My Dad is a Heel Wrestler and I give it a solid A. I cheered and I ugly cried while watching the movie. It is such a heartfelt movie and I really do recommend it. I would say my only qualm with the movie is at times it is a little slow, but thats it! Is the movie ok for kids? Yes, but I would recommend the movie for ages 7+. Since the movie is about wrestling there is a lot of it in the movie. If you have children that are sensitive to fighting/wrestling it may not be for them.

It is a Japanese movie and the version I watched during NYICFF was subtitled in English so if your children cannot read it may be hard for them to follow along, or you can read the subtitles to them. I did watch 1/4th of the movie with my 5-year-old and I had to read the subtitles to her. Haha! It was hard but she really enjoyed it.

9-year-old Shota’s dad was a star top-tier pro wrestler until age and injuries dropped him to the kitschy B-league of wrestling. Shota believes his dad is still number one, until one day he makes the shocking discovery that his father is not a hero wrestler but Cockroach, the “heel”, or villain, everyone loves to hate. Can Shota’s father take off his mask and learn that there are more important things than saving face? Can Shota learn that real heroes don’t always don the guise we think? Find out in this heart-warming, body-slamming, smile-inducing tale that lights up the ring.

If you would like to check out more of my NYICFF coverage you can check out my Shorts for Tots (ages 3+) post HERE. My Short Films One (ages 5+) HERE. Short Films Heebie Jeebies Slightly Spooky shorts HERE. As well as my City of Ghosts Review and Interview with Creator Elizabeth Ito HERE.

My Dad is a Heel Wrestler: NYICFF Movie Review
FacebookTweetPin