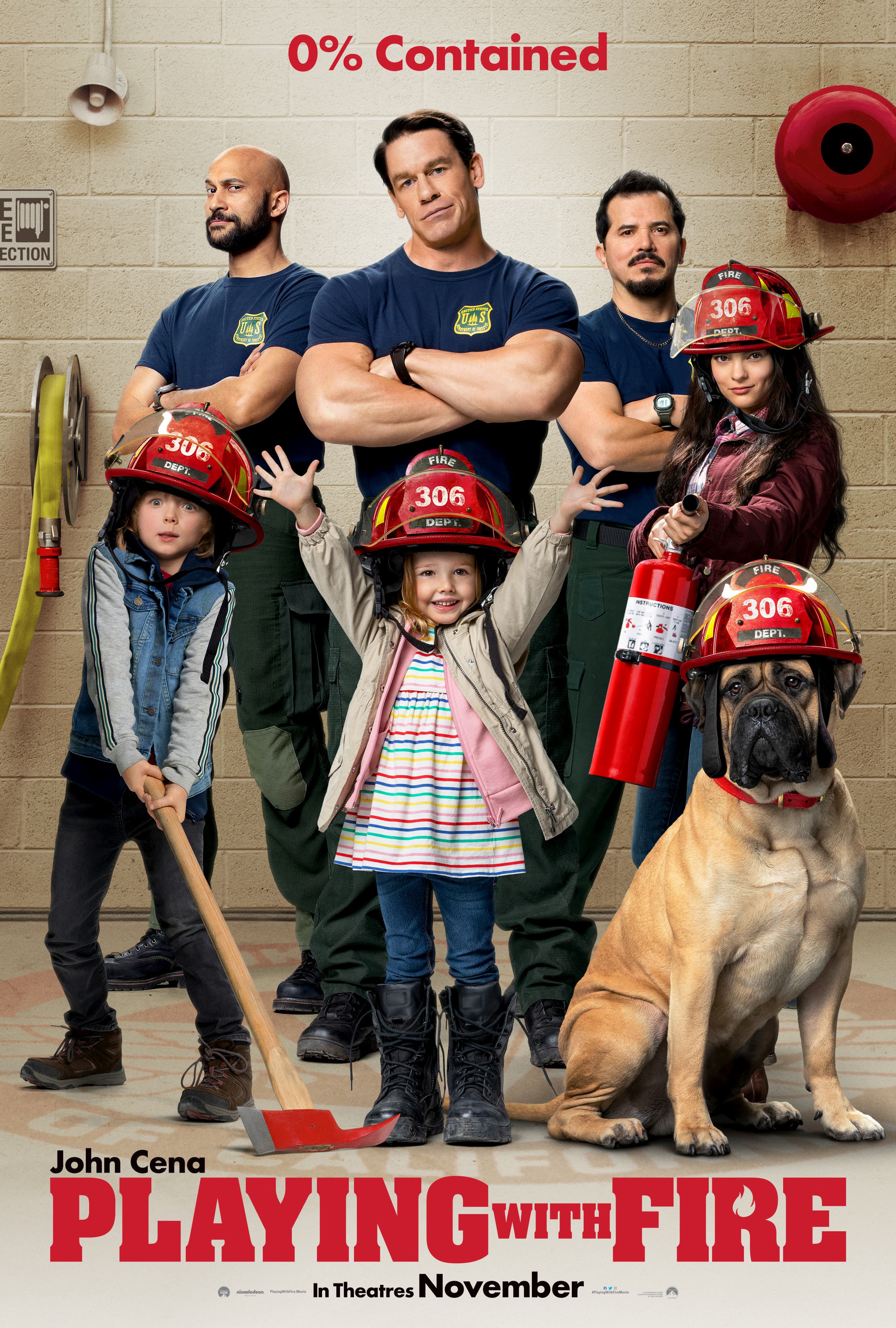 First Responders to the Rescue!

Fire Superintendent Jake Carson (John Cena) isn’t just a Firefighter, he is a Smokejumper. He is a by the book tough as nails Sup that loves a clean Fire Depot. He parachutes into fire hot zones along with his squad Mark (Keegan-Michael Key), and Rodrigo (John Leguizamo). Jake is great at his job. Not so much everything else, including his dating life. When he rescues 3 siblings, Brynn ( Brianna Hildebrand), Will ( Christian Convery), and Zoey ( Finley Rose Slater) from a fire and brings them back to his Fire Depot he soon learns that sometimes life just doesn’t go by the book. Playing With Fire also stars Judy Greer as Dr. Amy Hicks and Dennis Haysbert as Commander Richards.

Playing with Fire is a cute and funny movie. John Cena, Keegan-Michael Key, and John Leguizamo play off each other well and deliver the laughs. (Keegan-Michael Key especially.) The movie starts slow but builds momentum as it goes and it finds its stride about halfway through. Yes, there are parts of the movie that seem awkward, such as a scene seeming like it lasted longer then it should have, but again once the movie hits its stride these instances disappear.

The story is heartwarming, but it really is the comedy that makes it. All humor is safe for kids and many parents will be able to relate to Jake and his squad when it comes to their dealings with Brynn, Will, and Zoey. Playing With Fire did a great job of diving into the life and job of first responders. It’s not glitz and glam, but full of long hours and dedication to helping save others that sometimes interferes with relationships and can make it hard for first responders and their families.

Yes, absolutely! Playing With Fire is rated PG due to slight rude humor and contains a little bit of peril, but not much. John Cena does make a few costume changes as well but all due to hilarious circumstances. It is kept family-friendly though.

I give Playing With Fire a C+. BUT, even though I give it a C+ it is a movie I would purchase and watch over and over with my kids. I am actually excited to purchase it when it comes out so I can watch it with my 4-year-old, and show her about other first responder jobs. If your kids have never been to the theater before Playing With Fire would also be a good one to take them to go see. Don’t forget the popcorn!

If you are looking for another movie that is great for all ages make sure you check out my review for Abominable HERE.