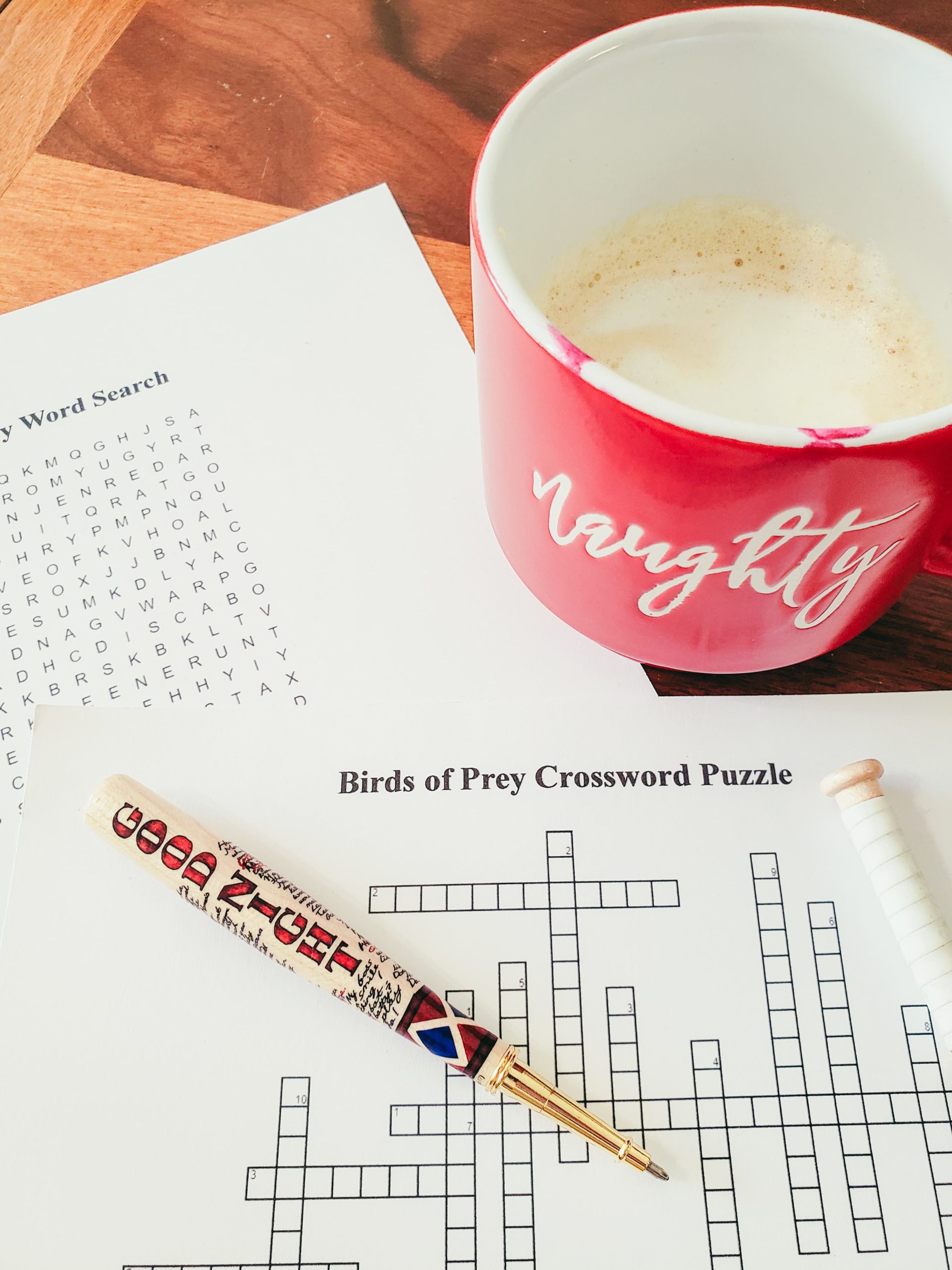 If Harley Quinn had a hobby…

If Harley Quinn had a hobby what do you think it would be? Personally, I think Harley Quinn is a sit down with a drink and do a word search or crossword puzzle kind of gal. (Don’t laugh. Hear me out. Haha!) Some people think Harley Quinn comes across as ditzy and crazy, but don’t forget she was a Doctor. She is smart, and I think with everything going on in her head and in her life that when she relaxes she likes to close off the world, turn on some Lizzo, and exercise her brain. So, to continue my celebration of the upcoming release of Birds of Prey on February 7th I have created 2 Fantabulous Birds of Prey Inspired Printables!

What do my 2 Fantabulous Birds of Prey Inspired Printables include? It includes a Birds of Prey inspired word search and a crossword puzzle that will test your knowledge about the upcoming movie. Just click HERE for the word search, and HERE for the crossword puzzle. If you are not up to date on your Birds of Prey history then don’t worry, Angie from This Is The Motherhood, and I have you covered! Angie and I profiled individual characters from Birds of Prey. You can click on the character name to learn more about that character. Huntress, Black Canary, Renee Montoya, and Harley Quinn! Then print out the Fantabulous Birds of Prey Inspired Printables, put on some Lizzo, and relax!

“You ever hear the one about the cop, the songbird, the psycho and the mafia princess? “Birds of Prey (And the Fantabulous Emancipation of One Harley Quinn)” is a twisted tale told by Harley herself, as only Harley can tell it. When Gotham’s most nefariously narcissistic villain, Roman Sionis, and his zealous right-hand, Zsasz, put a target on a young girl named Cass, the city is turned upside down looking for her. Harley, Huntress, Black Canary and Renee Montoya’s paths collide, and the unlikely foursome have no choice but to team up to take Roman down.”

Birds of Prey – And the Fantabulous Emancipation of One Harley Quinn is Rated R and coming to theaters February 7, 2020

Are you excited to see Birds of Prey? Will you be taking your girlfriends to see it? Have you seen Joker? If not click HERE for my review!