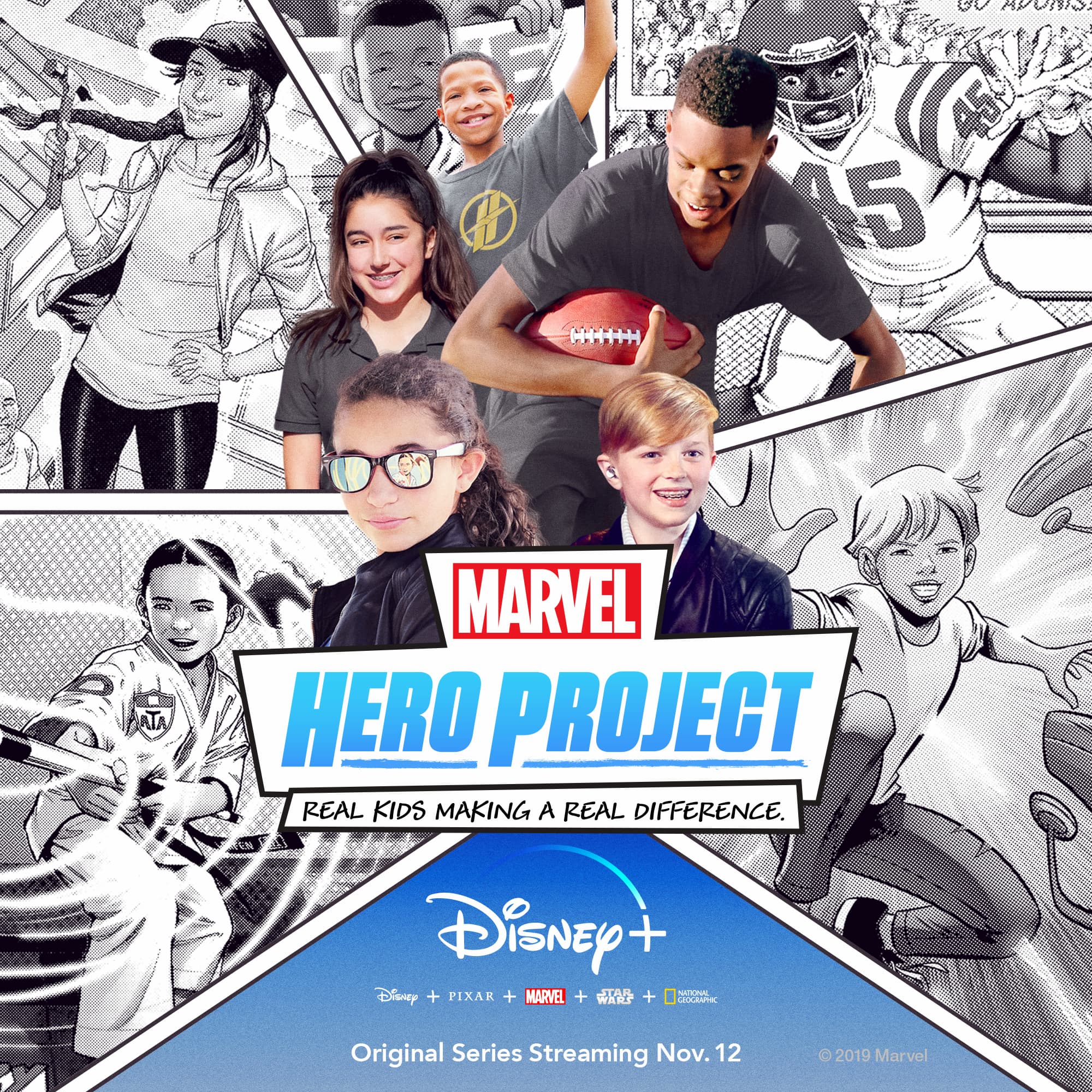 I signed up for Disney+ under the D23 special. We love everything Disney, Marvel, Pixar, and Star Wars in our house so signing up for 3 years made sense. Now, after watching some of the new original movies and shows Disney is producing for Disney+ I am even more certain of my decision. While in LA for the Geekly Retreat we had the opportunity to preview some really great Disney+ content. Some of the things I was looking forward to watching were the new live-action Lady and the Tramp and Noelle movies. (You can find my review for Lady and The Tramp HERE and Noelle HERE.)

But there is one show that totally snuck up on me. That show is the Marvel Hero Project. While we were on our retreat we got to screen the Unstoppable Adonis episode, and I don’t think there was a dry eye in the house. This show wasn’t even on my radar when it came to Disney+. But it has become one of my favorites, and personally I feel, one of the top shows on Disney+.

What Is The Marvel Hero Project?

Ever wish you were a superhero with superpowers? I know I do. Some days I wish I had super speed or super strength, but sadly I don’t. But what if we changed our thought process on what superheroes and superpowers actually were? What if instead of super speed we viewed being an activist for a better environment as a superpower, or instead of super strength we viewed acts of kindness as a superpower? Our Superheros would be pretty different huh? That is exactly what Marvel is doing for their new show on Disney+ called Marvel Hero Project. Marvel is selecting and celebrating kids who are making impacts in their community, and the world. During the episodes, we learn about these amazing kids, what they are doing, and then Marvel inducts these kids into the Marvel Hero Project and creates a comic book about them. Why? Because they truly are superheroes.

I always tell people you don’t have to be a celebrity to be a role model. There are so many individuals out there in the world who aren’t famous but are role models, and those are the people we should be looking up too. Especially our kids. This is exactly what the Marvel Hero Project showcases. I caught my 4-year-old watching the Marvel Hero Project by herself. (She apparently has learned how to navigate the TV and Disney+. Haha!)

She was watching the first episode about a girl named Jordan who designs/creates tools to help create a more inclusive and accessible world for those with limb differences. My daughter was enthralled. She could not look away from the TV. When she did it was to tell me all about Jordan and how awesome she is. The episode sparked so many great questions from my 4-year-old about Jordan and what Jordan was doing with her superpowers. After answering her questions my 4-year-old wanted to watch the next episode immediately. So, we cuddled up on the couch and watched the remaining available episodes.

What Are My Thoughts As A Parent?

I feel Marvel’s Hero Project is an A+ show and can be enjoyed by everyone. (My eyes tear up every time I watch one of its episodes.) I love how the show sparked questions in my child and opened up her mind to other people, life situations, and possibilities in the world. I am glad Disney is finally coming out with original content like the Marvel Hero Project. The content is so refreshing. Marvel’s Hero Project is now one of my new favorite shows on Disney+ and my daughter and I cannot wait for new episodes of Marvel Hero Project to air.

What about you? Have you seen Marvel’s Hero Project on Disney+ yet? If so what do you think? Tell me in the comments!