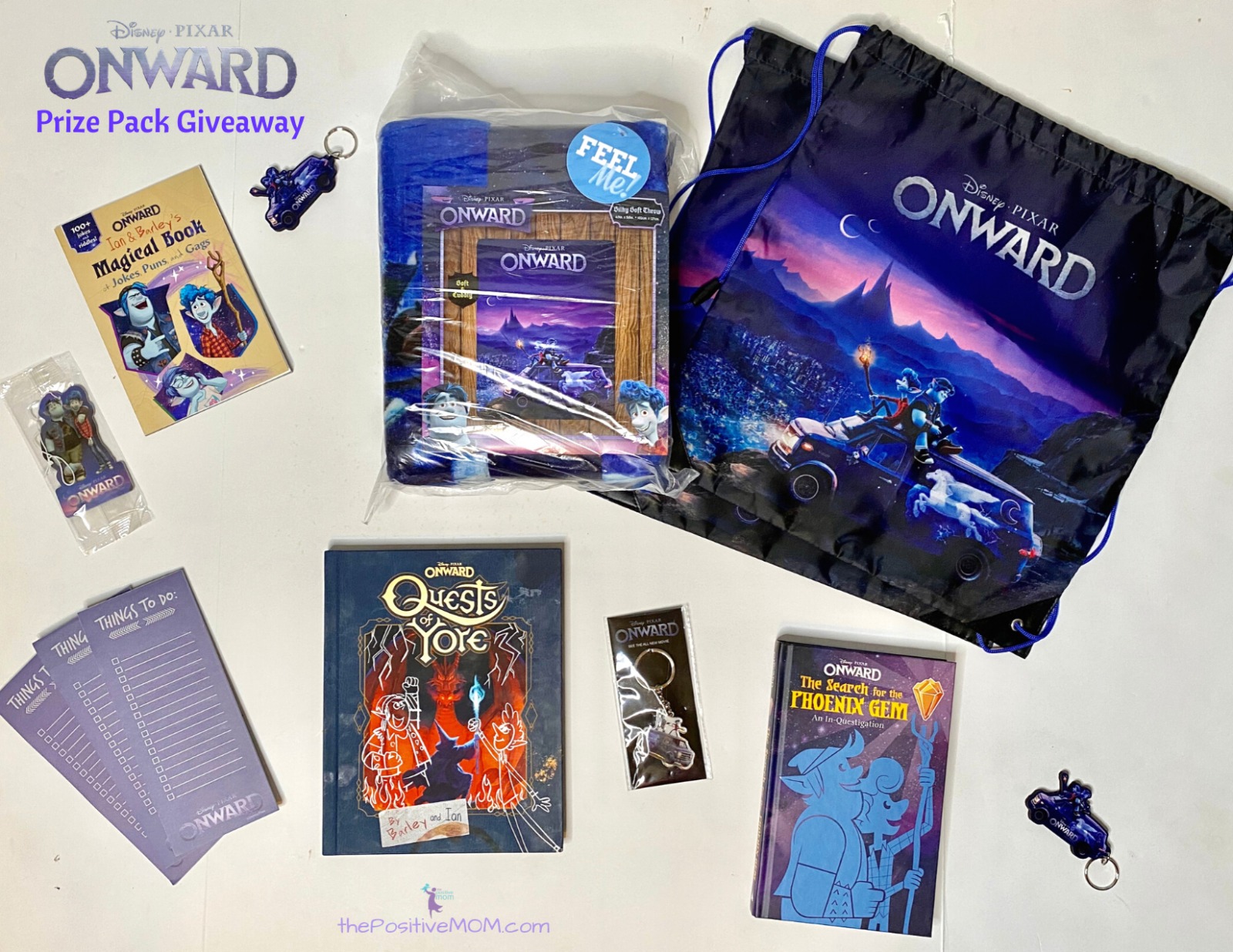 Disney Pixar’s Onward is out in theaters today! Recently I released my review of Pixar’s new movie. You can read my spoiler-free review HERE. Make sure you pack some tissues when you go see it! Because I am a huge Disney/Pixar fan to celebrate its release into theaters I’ve teamed up with some amazing Disney influencers for an exclusive Onward prize pack giveaway — over $100 value, no purchase necessary!

One (1) WINNER will receive all these goodies inspired by this heartwarming Pixar film:

3 Things To Do Onward notepads

Disney Pixar Onward: The Search for the Phoenix Gem: An In-Questigation

1 Onward t-shirt (size of your choice)

Click HERE to enter to win an Onward Prize Pack!

This giveaway runs till March 13, 2020. Winner must be over 18 and provide a valid mailing address within the U.S.A. Which of these Onward gifts is your favorite? We are loving all the merchandise!

Set in a suburban fantasy world, Disney and Pixar’s “Onward” introduces two teenage elf brothers (voices of Chris Pratt as Barley and Tom Holland as Ian) who embark on an extraordinary quest to discover if there is still a little magic left out there.

Make sure you check out my other Frozen 2 prize pack giveaway! Click HERE to learn how to enter.