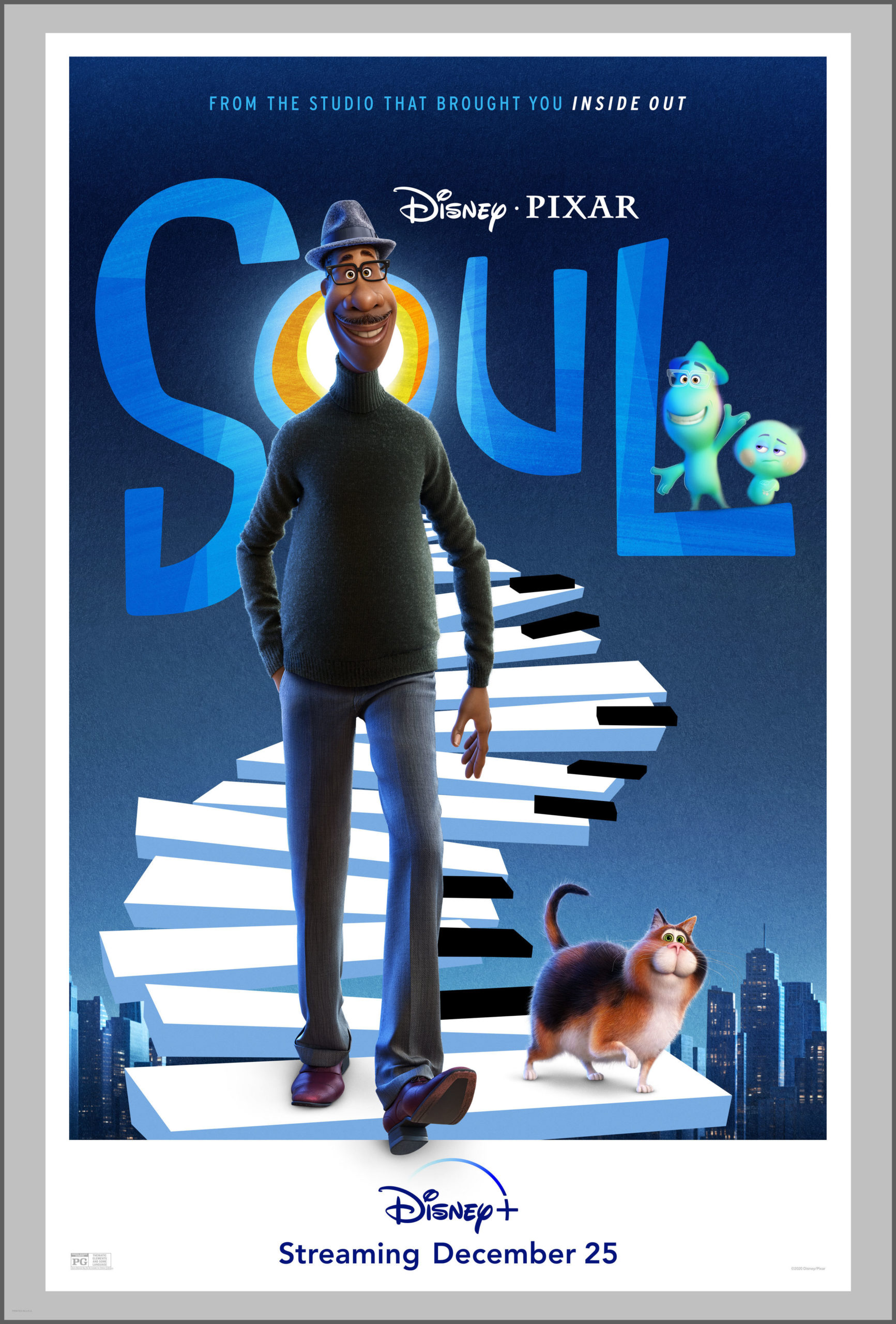 I don’t know about you but I have been waiting for Soul to release, and when Disney announced they would be releasing it onto Disney+ on Christmas day I experienced a mix of emotions. I was excited because I love Pixar movies and I wanted to see Soul so badly, but I also felt hesitant. Why? Because Disney was releasing Soul on Disney+ for no extra charge. It made me think, does Disney not think Soul is good enough for that extra $30 charge? Either way, I was still excited to see Soul, and when I got a chance to preview it I jumped. So, here is my spoiler-free review of Disney/Pixar’s new movie Soul!

Well, that was not what I expected. Haha! It is not every day that a movie can throw a curveball at me, but I feel Pixar’s Soul did. Something happened in the movie I did not expect, but it disappointed me! I cannot really talk about it because it will spoil the movie, but I just want you to be prepared. I feel Pixar’s Soul, while a good movie, is really not what a lot of people are expecting, and with it releasing on Christmas Day it’s not going to give you the warm and fuzzy feelings some might hope for. (Or need.) But there are parts of the movie I love and some I dislike so let’s talk about those!

I really loved the story/concept of the movie. I think the writers did a fantastic job of creating a view of what happens when we die, or before we are born. Other areas of the movie I loved were the music and animation. Both were spectacular and 100% what you would expect from a Pixar movie. I also really liked some of the characters such as all of the Jerry’s and Terry. They made me laugh the most during the movie, but that leads me to what I disliked about the movie.

As I just mentioned I really liked the Jerry and Terry characters, but they are not the main characters of the movie. I really wanted to like Jaime Foxx’s character, Joe Gardner, or Tina Fey’s character, 22, but Pixar just couldn’t get me there. Their characters seem to be missing something, and I feel how Pixar dealt with their stories and the endings they were given could have been better. (More complete.) Also, I believe this is the first Pixar movie I did not tear up a little bit while watching and I kind of feel that says a lot.

Now, after having said all of that, I might be in the minority in how I feel about the movie, but I give Soul a solid B+. (I do think it is definitely worth a watch if you love Disney/Pixar movies.) While I feel the movie was good with some very interesting ideas, spectacular music, and animation, I also feel it missed the mark just a little bit. Disney/Pixar, were right to release it to Disney+ without the extra fee. Is the movie ok for kids? Yes, but I feel based on the tone and story it is definitely a Pixar movie for older kids/adults. Young kids may not find it as attention-grabbing/entertaining. There are also two parts of the movie that may be slightly scary for younger children (Lost Souls), and the movie does discuss death.

P.S. Stay till the end of the credits.

In preparation for Souls release on 12/25/2020 Disney/Pixar has put together some Soul Activity sheets! You can click the below picture to print them out. They are perfect to use during a watch party or even as a small stocking stuffer!

If you watch Soul I would love to discuss it with you in the comments below!

What is it that makes you…YOU? Pixar Animation Studios’ all-new feature film “Soul” introduces Joe Gardner (voice of Jamie Foxx) – a middle-school band teacher who gets the chance of a lifetime to play at the best jazz club in town. But one small misstep takes him from the streets of New York City to The Great Before – a fantastical place where new souls get their personalities, quirks and interests before they go to Earth. Determined to return to his life, Joe teams up with a precocious soul, 22 (voice of Tina Fey), who has never understood the appeal of the human experience. As Joe desperately tries to show 22 what’s great about living, he may just discover the answers to some of life’s most important questions.

If you are looking for other movies to watch on Disney+ make sure you check out my review for Godmothered HERE and check out what other titles are available on the streaming service HERE.