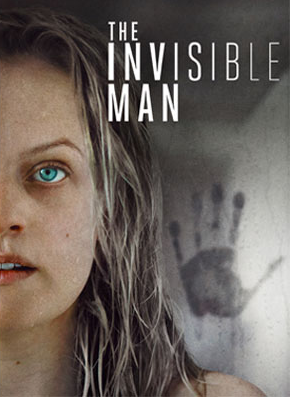 For Your Digital Viewing Pleasure

Movie theaters are closed so movie studios are switching gears and releasing movies to digital rent sooner. One of those movies released for early rent is The Invisible Man. Is it worth renting? Continue reading below to find out.

I love thriller and mystery movies and The Invisible Man is definitely a thriller, but it’s no mystery. Even though I liked The Invisible Man, and was on the edge of my seat the majority of the movie, it is predictable. It had it’s high points though. The updates to the story to make it fit into today’s world/technology is pretty cool and I loved the fact they added nods to the original. The music, lighting, camera work, and Elisabeth Moss’s performance are spectacular. Elisabeth Moss as Cecilia did an amazing job and will have you rooting for her character throughout the movie. (I hope she wins some awards for her performance.)

But the disappointing low part of the movie is it is predictable, and if you are good at figuring movies out you will learn what is going to happen early on in the movie.

The Movie May Be Hard For Some To Watch/Important Topic

I will let you know The Invisible Man may be hard for some individuals to watch. It covers an important topic that people need to learn and talk about though, and that topic is abusive relationships. Many individuals have experienced abusive relationships and the feeling that no one is listening or believes them. The movie covers these feelings very well, and because of that may be triggering for some.

I give The Invisible Man a B+ rating. (Wish I could have seen it in theaters.) The Musical scores and cinematography are AMAZING, but the fact you can predict what is going to happen through most of the movie keeps it from that A spot.

Trapped in a violent, controlling relationship with a wealthy and brilliant scientist, Cecilia Kass (Moss) escapes in the dead of night and disappears into hiding, aided by her sister (Harriet Dyer, NBC’s The InBetween), their childhood friend (Aldis Hodge, Straight Outta Compton) and his teenage daughter (Storm Reid, HBO’s Euphoria).

But when Cecilia’s abusive ex (Oliver Jackson-Cohen, Netflix’s The Haunting of Hill House) commits suicide and leaves her a generous portion of his vast fortune, Cecilia suspects his death was a hoax. As a series of eerie coincidences turns lethal, threatening the lives of those she loves, Cecilia’s sanity begins to unravel as she desperately tries to prove that she is being hunted by someone nobody can see.

Looking for another thriller/horror/mystery movie? Check out my reviews for Ready or Not HERE or Knives Out HERE.