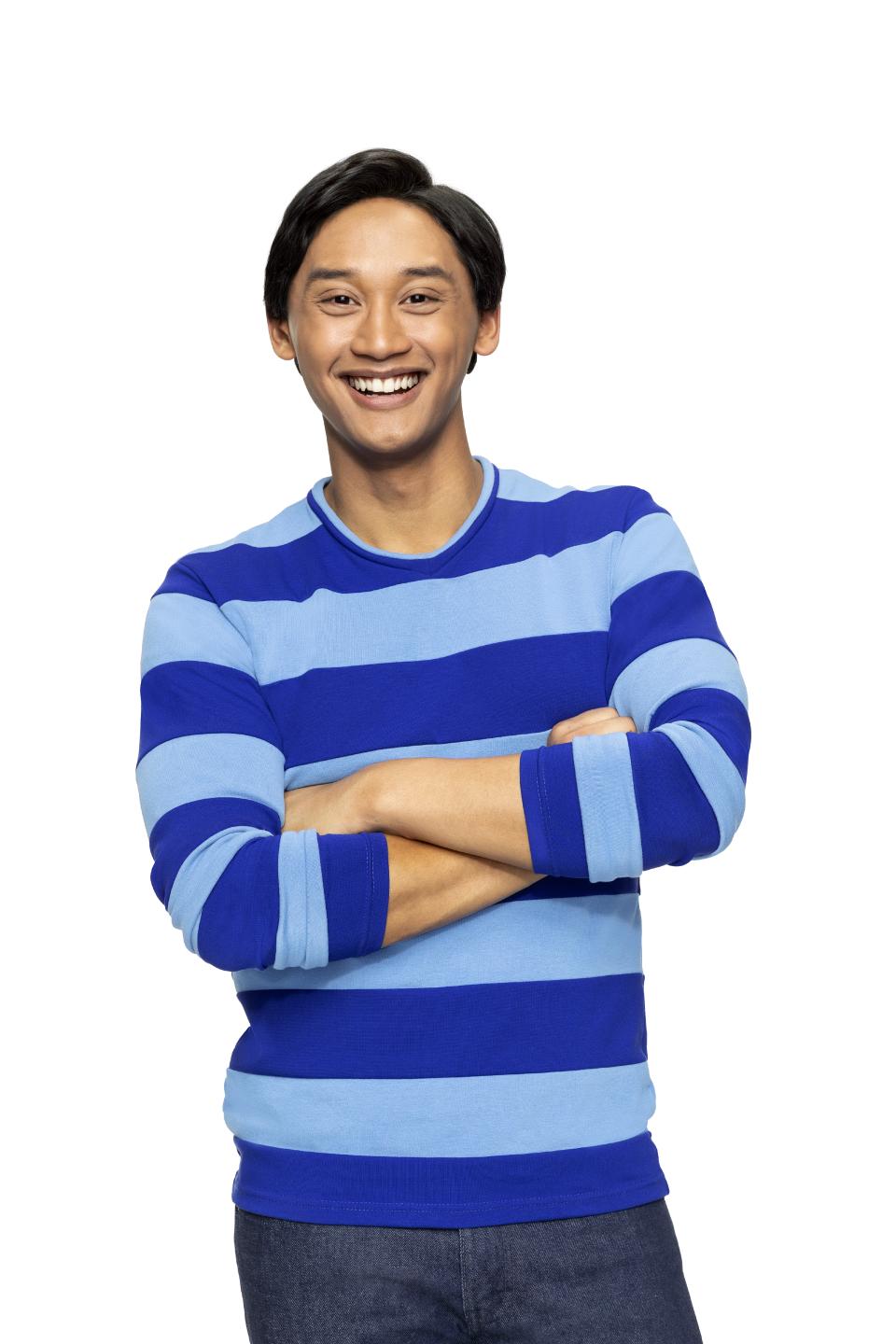 New Host of Blue’s Clues & You!

Did you know Nickelodeon has updated its highly popular show Blue’s Clues? It is now Blue’s Clues & You!, and it also has a new host, Josh Dela Cruz! After watching the show myself I can tell you that even though it is Josh’s first appearance as a TV series regular, he nails the part. My daughter and I recently got the chance to conduct a zoom interview with him, and it was amazing. So, how did our interview with Josh Dela Cruz go? Continue below to find out!

While this is not my first interview it was my daughters! When we found out we were going to be able to interview Josh we did our fangirl screams first, and then got down to business coming up with questions to ask him. She got out her handy dandy notebook and started “writing” down what she wanted to ask him. We did do a little bit of practicing before the interview to help get her a little more comfortable, but she did end up feeling a bit of the heat after we were done with the interview. After the interview, she looked at me and asked, “Mom, why are my armpits crying?” While fanning her armpits. I told her mine were too, and then explained sweating and being nervous. Haha! But I am so proud of her, and the questions she asked Josh.

Together we had so many questions we wanted to ask so we took turns. (Kind of… You will see it at the end of the video. Haha!) But here is what we were able to cover. My favorite is the last “question”. She stepped out of her comfort zone to do the interview and talks with Josh about it, and Josh’s response was so sweet. (He really is a super kind individual.) Make sure you watch the video to find out all the answers!

Blue’s Clues & You! is available on DVD exclusively at Walmart on 6/2. You can click HERE to learn about all of the DVD details!

Blue’s Clues & You! is doing virtual playdates as part of Nickelodeon’s #KidsTogether initiative. Getting kids to learn, sing, and dance along with Josh and Blue while they are at home. We have participated in some of the Blue’s Clues & You! virtual playdates and my kids have loved them. You can catch the 10-minute playdates Tuesdays at 9 a.m. (ET) on Nickelodeon, as well as Nick Jr.’s YouTube, Instagram, and Facebook.

How much do your kids love Blue’s Clues & You!? Tell me in the comments.

One thought on “Interview with Josh Dela Cruz Host of Blue’s Clues & You!”