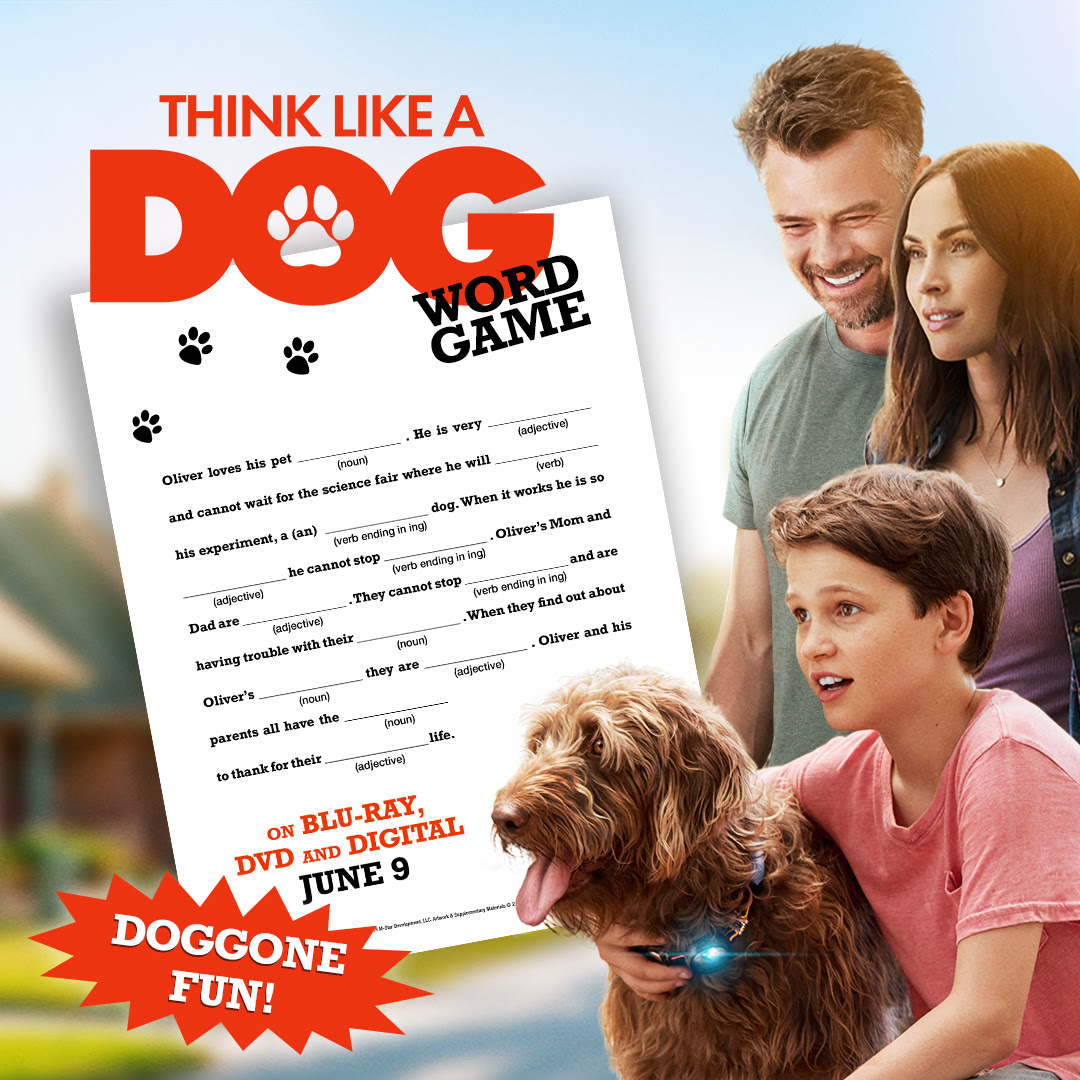 Think Like A Dog will be available on Blu-ray (plus Digital), and DVD June 9th! (You can find my spoiler-free movie review HERE.) To celebrate click below to grab your own Think Like A Dog Word Game to play with the kids, and a pancake recipe inspired by the movie. Below you will also find information on the movie, and the special features you will find on the Blu-Ray, DVD, and digital releases.

Ever wondered whose mouth was cleaner? Yours or your dogs? Well, now you can find out! Click below to download directions for a science experiment you can do with your kids to see whose mouth is cleaner!

If you have someone in your house who loves to draw and color than this activity is for them. Click below to download a fun drawing activity inspired by the movie Think Like A Dog.

Our last activity is a word game for those who love to create their own stories. Click to download!

On June 9th gather the family and watch Think Like A Dog why eating these super cute pancakes!

Josh Duhamel and Megan Fox star in this whimsical family comedy about a boy and his dog, and a science project that will change all of their lives forever. Think Like a Dog follows 12-year-old Oliver, a tech prodigy whose middle-school science fair experiment goes awry, creating a telepathic connection between him and his furry friend, Henry. The bond brings Oliver and Henry even closer as they join forces to comically overcome complications at school, and help Oliver’s parents rekindle their marriage along the way.

The Think Like a Dog special features include an audio commentary with writer-director Gil Junger and a making-of featurette, allowing an inside look at what it took to make this family-friendly flick. The Think Like a Dog Blu-ray and DVD will be available for the suggested retail price of $19.99 and $19.98, respectively.