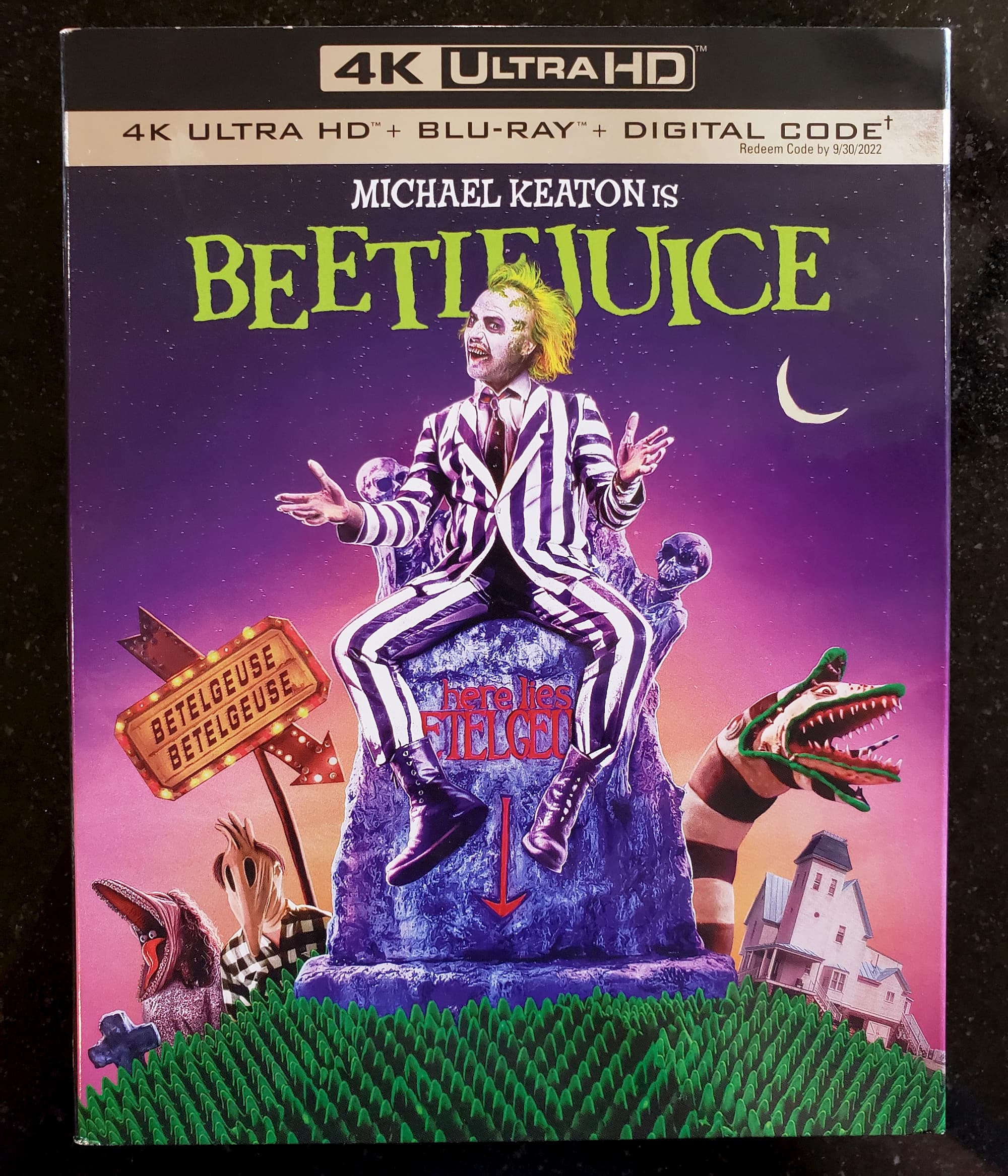 Ah! Don’t say his name three times! Hahaha! Beetlejuice is one of my favorite movies to watch during the month of October. It is a classic, and now it is out in 4K Ultra HD and Blu-ray. Eek! It is so hard to believe that Beetlejuice came out in 1988! To this day the special effects continue to amaze me and reaffirm the genius that is Tim Burton. Below is information on the new Beetlejuice 4K Ultra HD Blu-ray and also special activity sheets!

If you love Beetlejuice as much as I do then you are not going to want to miss printing out and completing these special Beetlejuice activity sheets! Click HERE to grab yourself copies! Because you know you will want to do them multiple times.

The 4K Ultra HD Blu-ray disc of Beetlejuice will feature a Dolby Atmos® soundtrack remixed specifically for the home theater environment to place and move audio anywhere in the room, including overhead. To experience Dolby Atmos at home, a Dolby Atmos enabled AV receiver and additional speakers are required, or a Dolby Atmos enabled sound bar. Dolby Atmos soundtracks are also fully backward compatible with traditional audio configurations and legacy home entertainment equipment. Beetlejuice on 4K Ultra HD Blu-ray will contain the same special features that were included on each of the film’s previous Blu-ray releases.

What’s a couple of stay-at-home ghosts to do when their beloved home is taken over by trendy yuppies? They call on Beetlejuice, the afterlife’s freelance bio-exorcist to scare off the family – and everyone gets more than she, he or it bargains for! Tim Burton guides this PG-rated comedy monsterpiece whose stars include Alec Baldwin, Geena Davis, and Winona Ryder.  And Michael Keaton is Beetlejuice, the ghost with the most who flings one-liners, spins into grotesque forms, gobbles insects, and who just can’t leave the ladies (living or dead) alone.  Ghoul love it!

Beetlejuice was brought to life from the imaginative mind of Tim Burton who went on to produce and direct some of the most visually stunning films of our time such as Batman, Edward Scissorhands, The Legend of Sleepy Hollow, Big Fish and Sweeney Todd: The Demon Barber of Fleet Street. Beetlejuice also received an Academy Award® for Best Makeup with renowned makeup artist and three-time Oscar-winner Ve Neill, and went on to be ranked on AFI’s Top 100 list of Funniest American Movies.

If you are looking for another great Warner Bros. movie then make sure you check out my review Joker HERE.