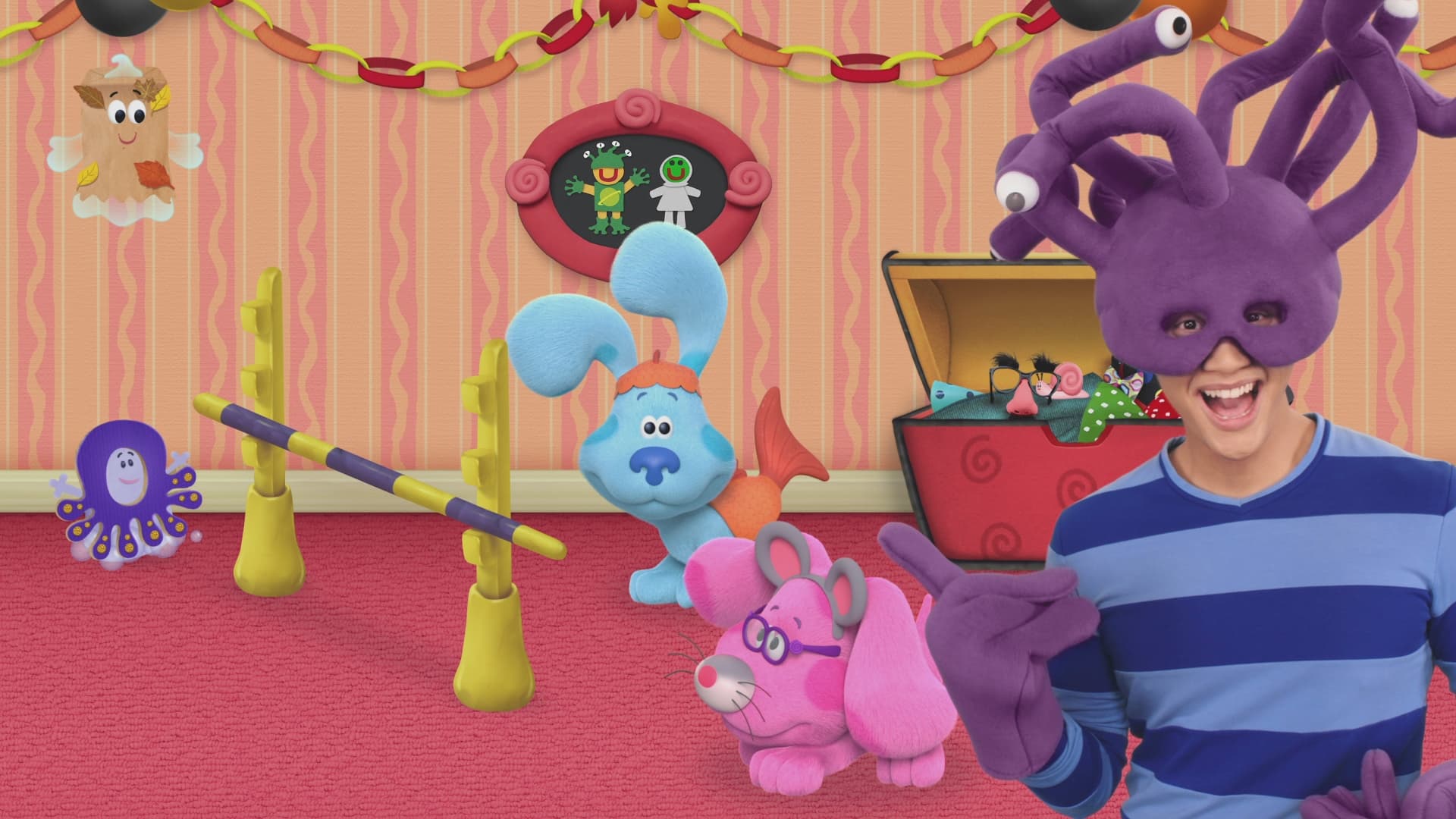 Well I know what my kids will be watching this month…

I love October and Halloween, and I am really excited to pass along this love to my kids. TV programming-wise shows in October can sometimes be a little scary though. (At least they were when I was a kid. Haha!) My kids love Nickelodeon and today (10/2/2020) Nickelodeon is starting their Halloween “HallowScream” Premieres. (In our house, we are looking forward to BLue’s Clues & You! and The Loud House premieres.) Below is info on the shows that are perfect for young kids during the Halloween season!

Nickelodeon is celebrating Halloween with spooktacular premieres of its live-action, animation and preschool series beginning Friday, Oct. 2.  Viewers will be treated to hauntingly fun, all-new episodes of hit series, including The Loud House, The Casagrandes, Blue’s Clues & You!, and It’s Pony.

Below is the rundown of Nickelodeon’s “HallowScream” premieres

It’s Halloween season, and a power outage can’t stop Patchy the Pirate from counting down the spookiest SpongeBob scenes ever.

It’s Halloween and Paddington goes treat-or-treating with Jonathan and Judy around Windsor Gardens, but Mr. Curry does not want to join in.

With the help of Lincoln and Clyde, Lori banishes a ghost she believes is haunting her. But when Fairway’s golf team starts to struggle, she realizes she needs to bring it back to turn the team’s luck around.

The kids try to break a local record for staying in the cemetery overnight. Then, a haunted chicken is pestering the Casagrandes, but they think it is only there for Sergio.

The Rangers and Floof help Patty prep for an eco-friendly spooky costume party.

Here is even more!

It’s a spooky Halloween at the Blue’s Clues house. Blue is dressed up as a fish, but Magenta can’t decide what costume to wear so Josh plays a game of Blue’s Clues to figure it out.

It’s Halloween and Ollie and his pals go to a spooky house in pursuit of full-sized chocolate bars.

It’s Halloween and Annie and Pony must save the family’s pumpkin crop from hungry crows. Then, when apples that Pony has licked become a best seller, Annie is torn about coming clean.

Which Nickelodeon Halloween “HallowScream” Premieres are you and your kids looking forward too?!