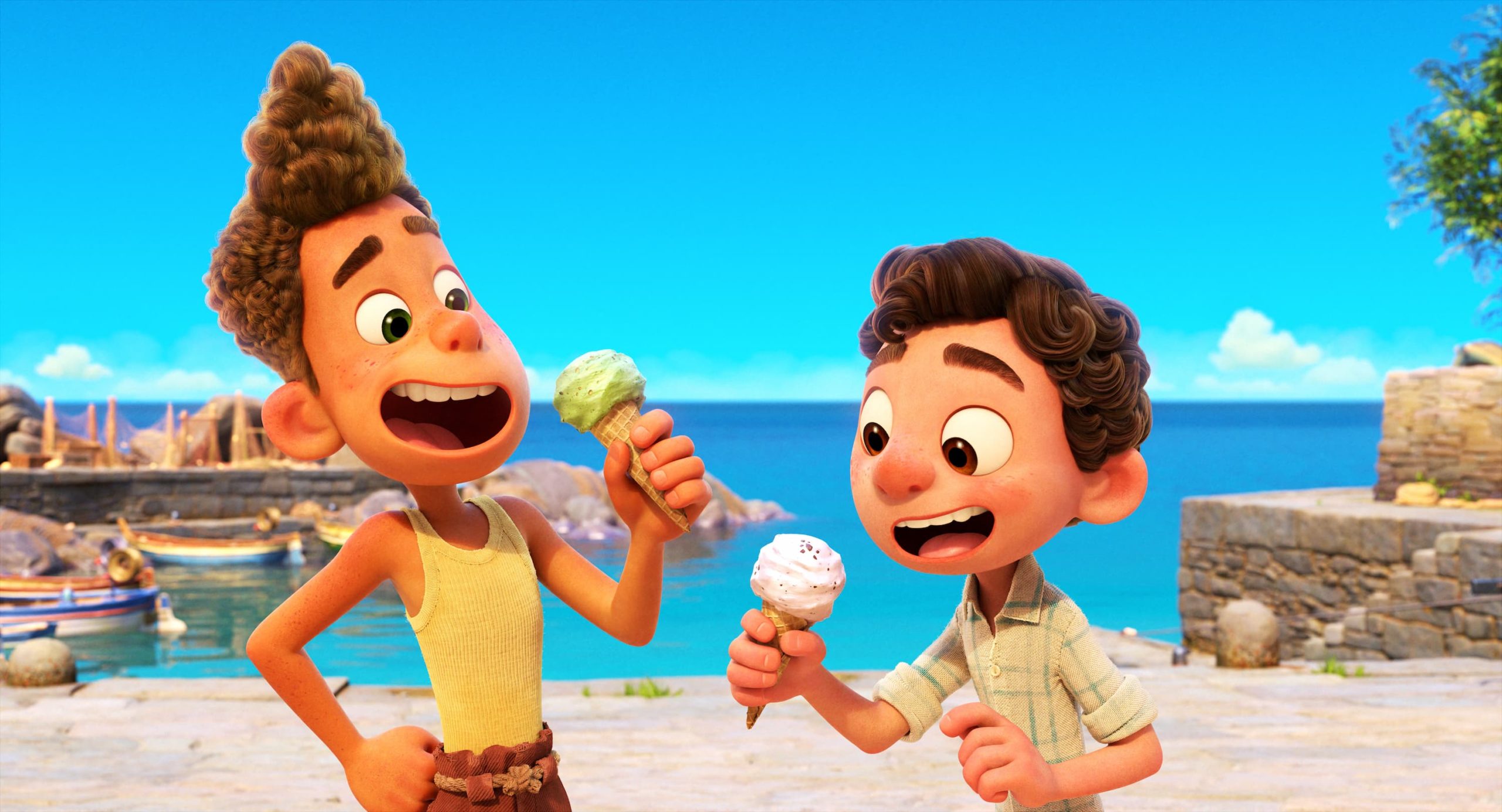 A Perfect Movie for Disney+

If you are looking for a fun summer movie then look no further than Disney/Pixar’s Luca. It will transport you to the Italian Riviera from the comforts of your couch. (Also, it will make you crave pasta so maybe have some on hand. Haha!) Disney/ Pixar’s Luca is out now on Disney+. Below you will find my Pixar’s Luca Movie Review along with a super cool Luca Activity Pack!

Usually, Pixar movies bring me to tears at some point in the movie, but it seems the last two Pixar movies, Luca and Soul, have not. Luca has everything that moviegoers have come to expect from a Pixar film. It has beautiful animation, well-thought-out characters, and an interesting story. But it is missing that emotional piece of the story that really elevates Pixar movies. While I love the concept of sea monsters turning into humans when they are on land, and the comradery between the two main characters, Luca and Alberto, I kept getting Little Mermaid vibes while watching Luca. Even my kids pointed out on many occasions similarities between Luca and The Little Mermaid. (Parent’s not wanting their children to go to the surface, the collecting of human items, seafood being prepared/cooked and cut up in front of characters, etc.)

Now, Luca is not all bad. Actually, my kids really love it. It has young characters they can identify with, is funny, and is full of fun action. The biggest thing that resonated with my kids was Luca’s desire to go to school. Since my kids are of that age they loved seeing Luca discovering new things and wanting to go to school. For me, watching the characters transform when water touched them is captivating to watch, and the voice actors did an amazing job. In fact, I feel, of all of the movies where the voice actors had to be recorded at home during the pandemic, the voice acting and matching of the animation in Luca is the best.

Having said all of that I do not place Luca in my top 5 favorite Pixar movies, and I feel it was a good call to release it on Disney+ without charge. BUT it is still a fantastic movie. My kids love it and have watched it a handful of times. Luca is a super cute and beautifully animated movie. I give Luca a solid B rating.

If you and/or your kids are anything like mine and love Pixar’s Luca then they will really enjoy this cute Activity Pack. Full of coloring pages and other activities this activity pack will keep your kids busy for a while. To grab your Pixar Luca Activity Pack by clicking the below picture.

Set in a beautiful seaside town on the Italian Riviera, “Luca” is a story about one boy experiencing an unforgettable summer filled with gelato, pasta and endless scooter rides. Luca shares these adventures with his newfound best friend, Alberto, but all the fun is threatened by a deeply held secret: they are both sea monsters from another world just below the water’s surface.

If you are looking for more Disney/Pixar activity sheets you can grab some Pixar Onward Activity Sheets HERE.