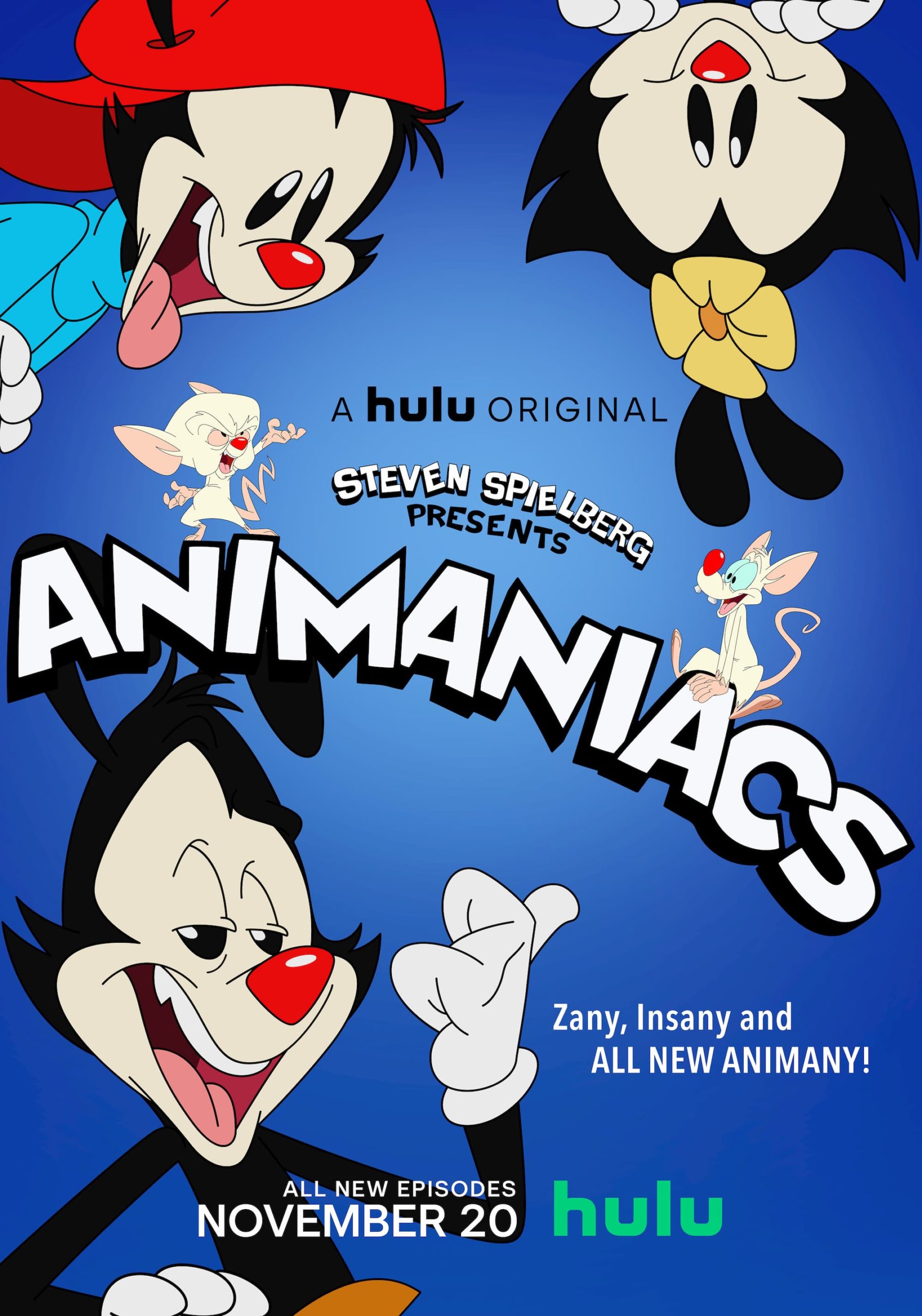 Yakko, Wakko, and Dot are back baby! Hold on one moment as I sing the Animaniacs theme song. Haha! I cannot tell you how excited I am that the Animaniacs is headed back to TV. Starting November 20, 2020, you will be able to see your favorite Animaniacs characters on Hulu. Thanks so much to Hulu for providing me the opportunity to watch a few episodes before they released so I could provide you guys with a review.

Reliving my childhood one wise crack joke at a time

The best part though is that I finally understand their jokes! Haha! I was able to screen a couple of episodes from the 1st new season of Animaniacs and Yakko, Wakko, and Dot haven’t aged a bit. (I cannot say the same. Haha!) All these years later the characters are still voiced by Rob Paulsen (“Yakko Warner” & “Pinky”), Tress MacNeille (“Dot Warner”), Jess Harnell (“Wakko Warner”), and Maurice LaMarche (“The Brain”). It’s as if the Animaniacs never went off the air. (Even though they did over 20 years ago.) Their musical numbers are still catchy, and the animation is spot on. From current politics to dad jokes Yakko, Wakko, and Dot find themselves making fun of themselves, the change in times, and current events. Now that I am older I understand all of the jokes and it makes the Animaniacs much more hilarious than I remember.

Pinky and The Brain

With Yakko, Wakko, and Dot also comes the return of Pinky and the Brain. When I was younger I cannot tell you how many times I went around the house screaming, Narf, as loud as I could. To this day when my kids ask me what we are going to do today I respond. Why pinky, try to take over the world! Pinky and The Brain are just iconic characters, and just like Yakko, Wakko, and Dot in the new season, they haven’t changed a bit. They are still best pals trying to take over the world.

The new Animaniacs is nostalgia at it’s best. It really will bring you back to the 90s. Usually, I am not one for remakes. Most times you just cannot remake the magic that is an original movie or TV show, but Animaniacs proves that making a remake just as good as the original is possible. 2020 has been a hard year and Animaniacs releasing again makes 2020 slightly better. The new season is hysterical, and I cannot wait for my fellow Animaniacs fanatics to be able to watch the new season. As well as I cannot wait to buy all the new Animaniacs merch. Haha! The only thing missing is a mail-in contest to win a toy during the commercials. (For real. I once won a spy pen and another time a barbie doll. Haha!)

Yes, but maybe not for kids younger than 7-years-old. Younger kids really won’t get the jokes at all, and may not be as entertained by it. (Well my kids weren’t. Haha!)

They’re back! The Warner brothers, Yakko and Wakko, and the Warner sister Dot have a great time wreaking havoc and mayhem in the lives of everyone they meet.  After returning to their beloved home, the Warner Bros. water tower, the siblings waste no time in causing chaos and comic confusion as they run loose through the studio, turning the world into their personal playground. Joining Yakko, Wakko and Dot, fan-favorite characters Pinky and the Brain also return to continue their quest for world domination.

If you are looking for another great on Hulu to watch make sure you check out my review of Eater’s Guide to the World HERE.

The Animaniacs Are Back and on Hulu
FacebookTweetPin