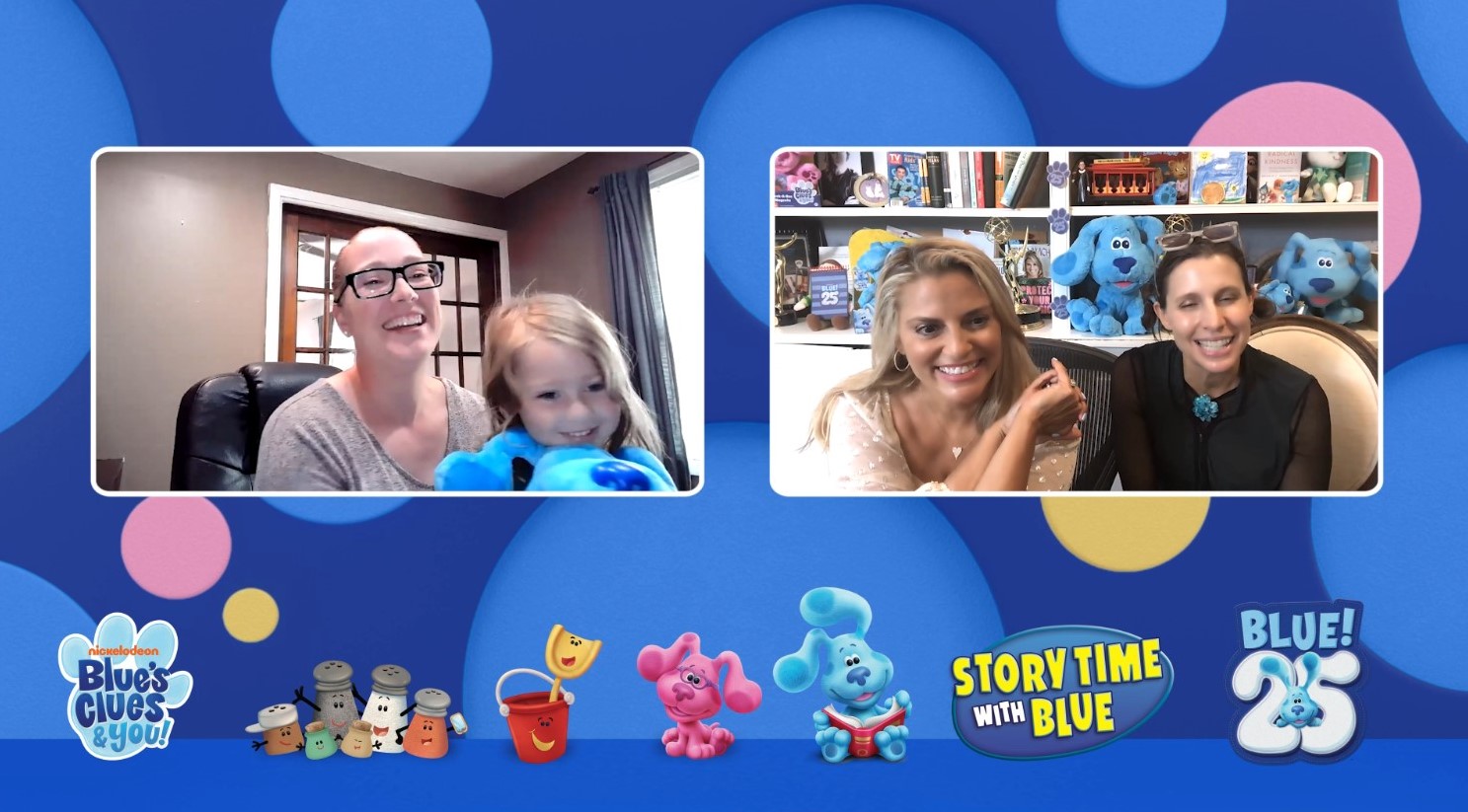 Growing up with Blue’s Clues

Like many, I grew up watching Nickeldoeon’s Blue’s Clues as a kid. I cried when Steve left the show, but life carried on and I grew up and had kids of my own. While the name and host have changed Blue’s Clues & You! is the same wonderful kid’s show I remember from my childhood. My kids and I love watching Blue and Josh. (Did you know they interviewed 5,000 actors to find Josh!) M?y oldest actually got a chance to interview Josh Dela Cruz in 2020 and you can read/watch the interview HERE. As icing on our love of Blue’s Clues cake my youngest daughter and I recently got to interview Angela Santomero & Traci Paige Johnson Creators and Executive Producers of Blue’s Clues and Blue’s Clues & You! in celebration of the new Story Time with Blue DVD and Blue’s Clues 25th Anniversary!

25 years is a huge milestone and Blue’s Clues & You! is still creating episodes that are impacting parents and kids today. Their most recent DVD Blue’s Clues & You! Story Time with Blue will forever hold a place in my heart. My oldest started school this year and my youngest is a little sad and missing her sister during the day. When we screened a couple of episodes from Story Time with Blue there was an episode where Josh and Blue went through a picture album of pictures from Blue’s first day of school. This episode really helped to calm my youngest and just make her feel better about the big change that just happened in our house.

The best part about this new DVD is it also contains some older episodes of Blue’s Clues with hosts Steve and Joe! You can learn more about this special 8-DVD release HERE. (The DVD is out now!)

While I had so many questions I wanted to ask Angela and Traci there was only so much time that we had. Haha! During our interview, we were able to ask several questions. I asked them if in the beginning there were any obstacles or issues they ran into and had to overcome when first making Blue’s Clues, then my daughter got to ask them if they had a favorite episode, and so much more! You can watch the whole interview below!

To further celebrate Blue’s Clues & You! Story Time with Blue and Blue’s Clues 25th Anniversary I had the opportunity to create a Touch/feel book craft. You can find the templates and directions HERE.