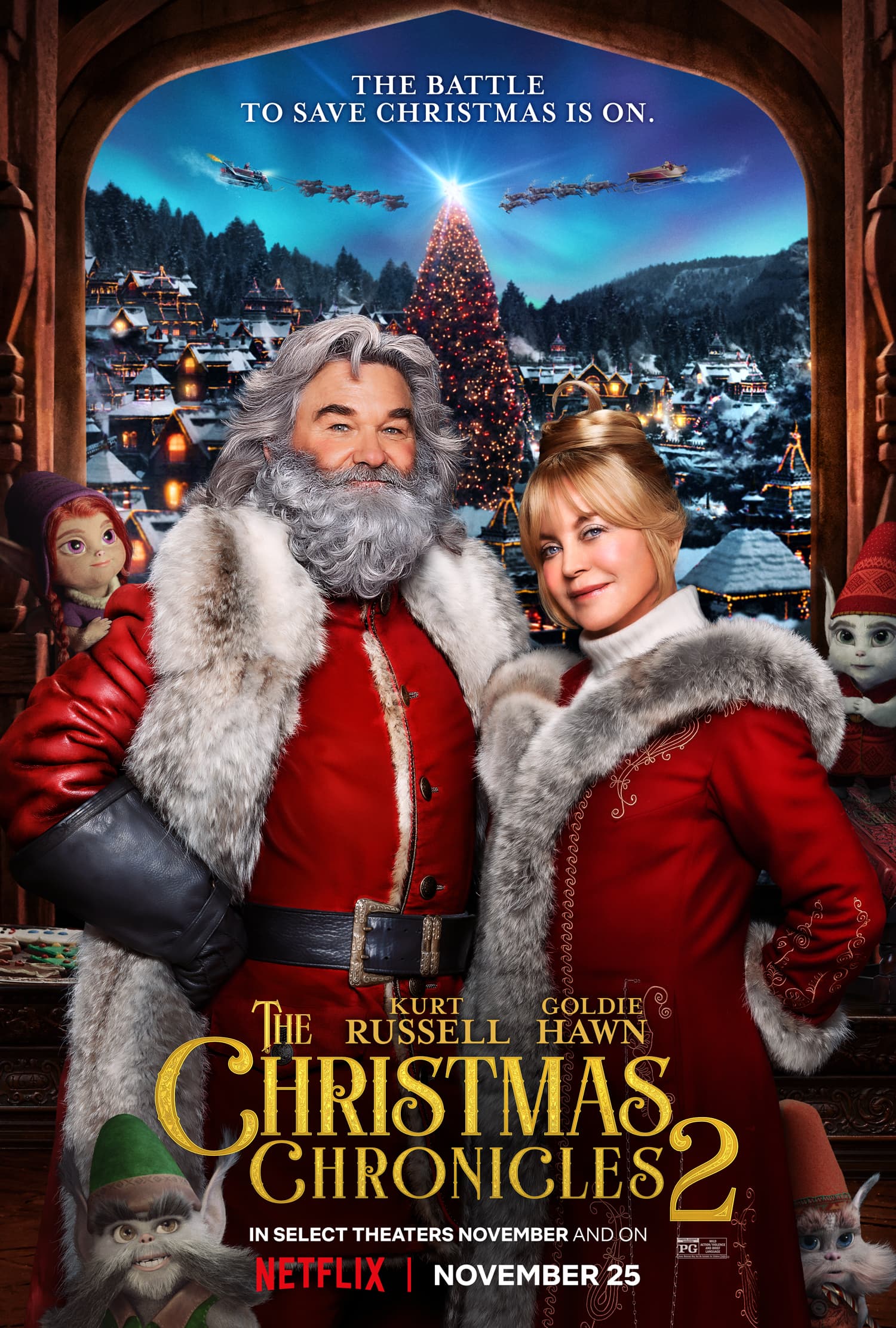 It is only near the end of November, but I have already watched more Christmas movies this year than before. Haha! While I enjoyed The Christmas Chronicles 2, I am slightly disappointed with it. (Sorry to not sugar coat that one.) As I mentioned above it is very hard to make a movie sequel that is as good as the first movie, and unfortunately, The Christmas Chronicles 2 cant escape that fate. That’s not to say the movie wasn’t good. It was! The Christmas Chronicles 2 is funny and full of action and adventure. But it just can’t seem to replicate the feeling and originality of the first movie. During some parts of the movie it tried by having Kurt Russell’s Santa rock out again to lift Christmas Cheer, but to me, it came across as just repetitive. I really wish they had tried something different.

It was very interesting and I liked how they tried to explain Santa’s origins, and I do really like Kurt Russell as Santa. I loved seeing Goldie Hawn playing Mrs. Claus next to him. I thought the way in which they portrayed Santa and Mrs. Claus was perfect, and you could see the love they have for each other come out in their on-screen performance. I also liked that they continued with the story with Kate Pierce, but one thing was definitely missing for me in the movie.

My Rating/ Ok for kids?

Even though I am slightly disappointed with The Christmas Chronicles 2 it is still a decent Christmas movie, and that is why I get it a B-. Is it ok for kids? I feel ages 7 and up, yes. Younger kids, maybe not. While I was ok with letting my 5-year-old watch the first movie with me, unfortunately, I will not be letting her see the second movie just yet. There are some instances in the movie where Santa’s Elves are not behaving very nicely, actually very naughty, and maybe scary for young viewers.

It’s been two years since siblings Kate (Darby Camp) and Teddy Pierce (Judah Lewis) saved Christmas, and a lot has changed. Kate, now a cynical teenager, is reluctantly spending Christmas in Cancun with her mom’s new boyfriend and his son Jack (Jahzir Bruno). Unwilling to accept this new version of her family, Kate decides to run away. But when a mysterious, magical troublemaker named Belsnickel threatens to destroy the North Pole and end Christmas for good, Kate and Jack are unexpectedly pulled into a new adventure with Santa Claus (Kurt Russell). Written and directed by Chris Columbus (Home Alone, Harry Potter) and co-starring Goldie Hawn, THE CHRISTMAS CHRONICLES 2 is an action-packed adventure for the whole family that’s full of heart, humor, and holiday spirit.

If you have Netflix and are looking for an AMAZING Christmas movie then make sure you check out my review of Jingle Jangle: A Christmas Journey on Netflix HERE.