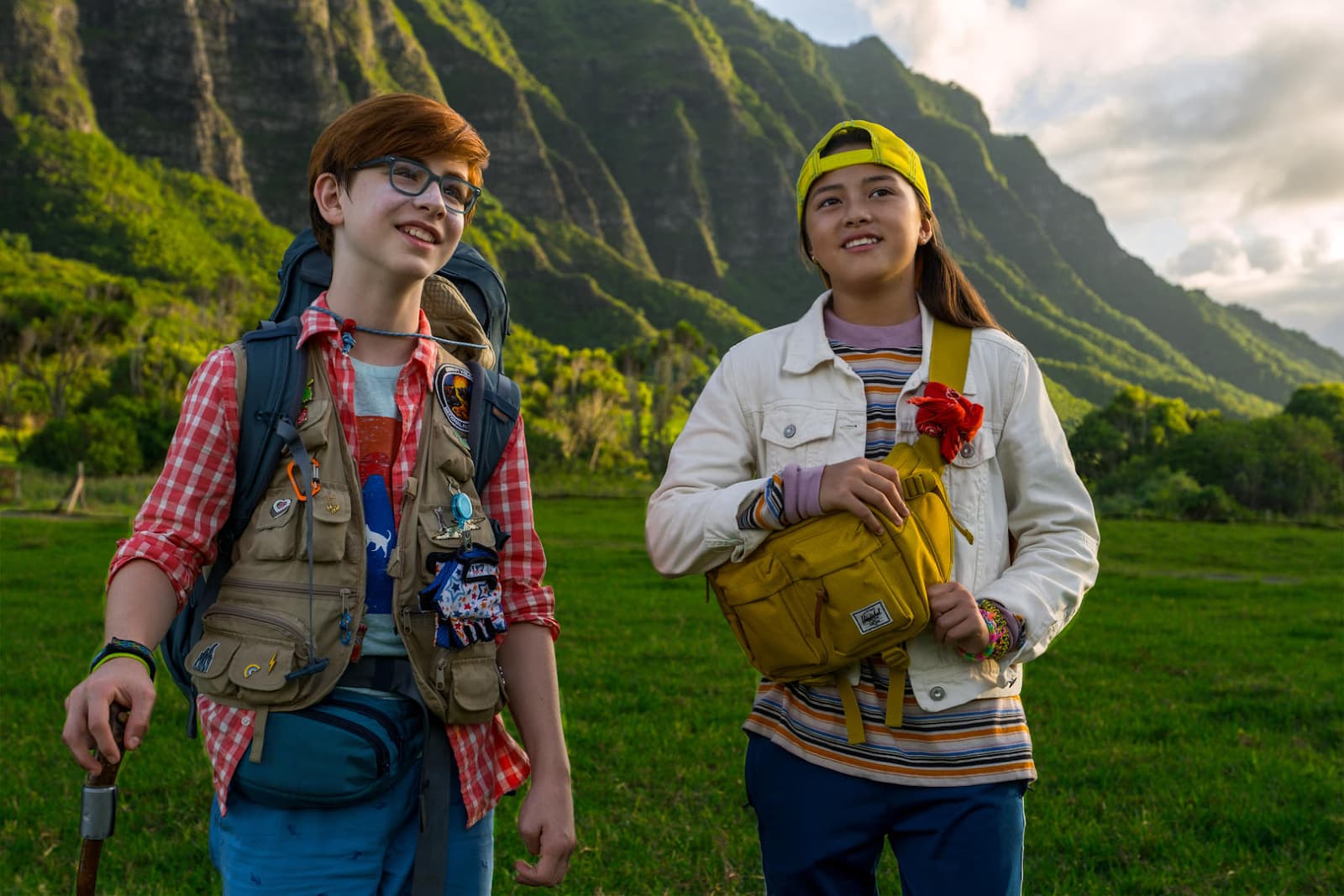 I am so grateful when I get the chance to participate in press junkets/interviews for soon to be released movies and shows. Being able to do so is always exciting and a dream come true. Recently I had the pleasure of getting to interview Finding ‘Ohana talent Kea Peahu (Pili), Owen Vaccaro (Casper), Alex Aiono (E), Lindsay Watson (Hana). As well as it’s Screenwriter Christina Strain and Director Jude Weng. I learned so much about the film. Below are my interviews from the Finding ‘Ohana Press Junket and interesting facts about the film. Finding ‘Ohana hit’s Netflix on January 29, 2021.

I absolutely love learning about behind the scenes of movies and Screenwriter Christina Strain and Direct Jude Weng were such a delight to interview and learn from. Here are some interesting facts we learned about Finding ‘Ohana.

In Finding ‘Ohana Kea Peahu plays the main character Pili, and Owen Vaccaro plays her friend Casper. Both Kea and Owen are so talented and funny. Here are some interesting facts from the interview.

In Finding ‘Ohana Alex Aiono plays Ioane (E), Pili’s brother, and Lindsay Watson plays Hana, Casper’s friends. Even in the trailer, you can tell Ioane and Hana don’t necessarily get along, and it is too funny. Here are some interesting facts from our interview with them!

You can find the full-length interviews on my youtube channel HERE. I really hope you will check out the film when it becomes available on Netflix on January 29, 2021!

A summer in rural O‘ahu takes an exciting turn for two Brooklyn-raised siblings when a journal pointing to long-lost treasure sets them on an epic adventure with new friends, and leads them to reconnect with their Hawaiian heritage.