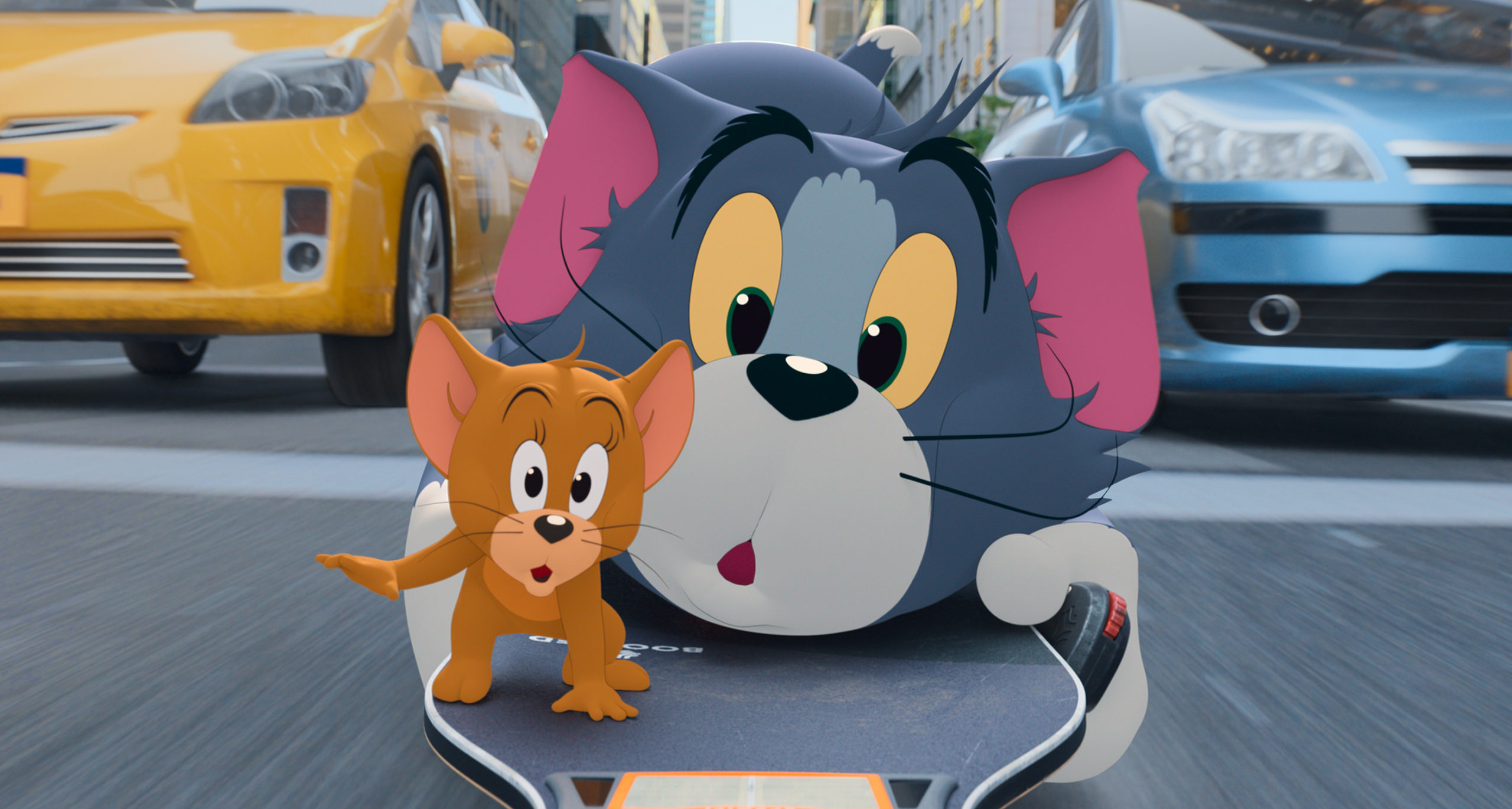 Haha! I have been holding in my review of the new Tom & Jerry movie for a little while, and I am now so excited I can finally share it with you! Like many, I grew up watching the old Tom & Jerry cartoons. It was a staple in my house. They are iconic characters and have made generations of people laugh. But now they are back, and it’s time. Tom & Jerry The Movie is out now in theaters and also on HBO Max. Here is my Tom & Jerry Spoiler-Free Movie Review!

I am just going to get right into it. Tom & Jerry is a fun family movie. Is it perfect? No, but the animation is visually beautiful, the movie is entertaining, and it reminds me of the original cartoons. I loved that Tom & Jerry look 2D and that the movie took me back to my childhood. It reminded me of live-action animated films of the ’90s like Space-Jam, but better. The animation is spectacular in Tom & Jerry and the cast did an excellent job acting against the puppets they used as stand-ins for the animated characters. It was as if the animated characters were apart of their world, but at the same time not. (I love that separation.)

Beyond the characters of Tom & Jerry, Chloe Grace Moretz stars as Kayla, and she does a great job, but it is Michael Peña and Patsy Ferran’s performances that are my favorites. For me, Michael as Terence and Patsy as Joy gave standout performances and made me laugh the most throughout the whole movie.

My dislikes about the movie

Truthfully, my only dislikes of the movie were Ken Jeong as Chef Jackie, and how some parts of the movie, mostly near the end, seemed rushed. Ken Jeong is an amazing actor, and I feel it was a tease to have him in the movie because I do not think he was used to his full potential and I wish they had given him more screen time. Lastly, the movie is 1 hour 41 minutes long but because so much is contained in the lead-up to the special wedding event in the movie everything afterward seems rushed.

How would I rating the movie, and is it ok for kids?

If you watch the new Tom & Jerry movie I would love to know your thoughts on it! Drop them in the comments.

More about the movie

I was honored to be invited with my daughter to attend a press junket for the film and we got to interview its director Tim Story. We learned a bunch of behind-the-scenes information as well as how and why he made the movie. (It is super cool, and you can read and watch it HERE.) Also, if you and/or your kids are fans of Tom & Jerry then you will want to check out all of these cool Tom & Jerry games and activities HERE.

One of the most beloved rivalries in history is reignited when Jerry moves into New York City’s finest hotel on the eve of “the wedding of the century,” forcing the event’s desperate planner to hire Tom to get rid of him, in director Tim Story’s “Tom and Jerry.” The ensuing cat and mouse battle threatens to destroy her career, the wedding and possibly the hotel itself. But soon, an even bigger problem arises: a diabolically ambitious staffer conspiring against all three of them. An eye-popping blend of classic animation and live action, Tom and Jerry’s new adventure stakes new ground for the iconic characters and forces them to do the unthinkable… work together to save the day.