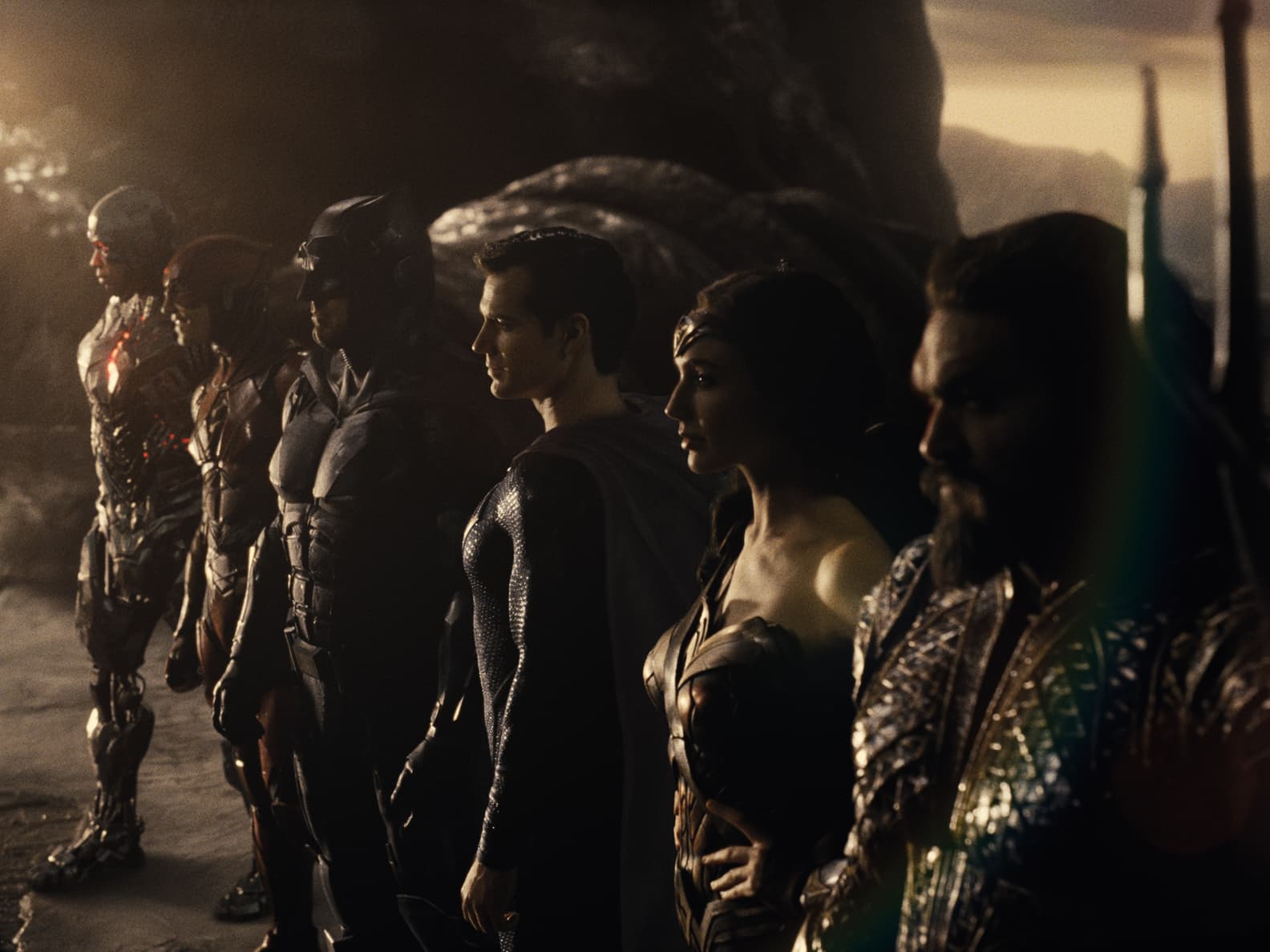 A tale of two movies and two directors

I want to say thank you to Zack Snyder, Warner Bros., DC Comics, and everyone who helped make this Zack Snyder’s Justice League possible. I will always be first and foremost a DC fan, and when 2017’s Justice League released I thought it was a good movie. Not the best DCEU movie, but also not the worst. It was missing something though. It felt jumbled, rushed, and incomplete. The movie didn’t do the characters justice.

I always thought to myself why DC movies couldn’t be longer. Tell the dang story! Fan’s will watch it. (Just look at Lord of the Rings.) Then Zack Snyder’s Justice League was announced and I got goosebumps. With its slightly over 4-hour running, I hoped Snyder would take the time to tell the story. Well, like a lot of other fans I watched Zack Snyder’s Justice League on HBO Max the day of its release (3/18), and I have so many thoughts. Below is my review! (P.S. Spoilers below!!!!)

A proper villain is important

But who needs superheroes if you don’t have bad guys, right? Having a fearsome opponent is the crux of superhero movies. Joss Whedon’s Justice League had one in Steppenwolf, but to be honest he was not fearsome, scary, or threatening really. Which made me question how powerful and scary Darkseid was going to be. On the flip side, Zack Snyder’s Steppenwolf could wipe the floor with his watered-down Whedon counterpart. Leaving viewers to be very concerned about Darkseid. Because if Darkseid’s henchman is this powerful imagine how powerful and carnage thirsty Darkseid is?! Zack Snyder gives us the proper villain our heroes needed to go up against to actually show us they are heroes. Plus, Zack Snyder delves more into Darkseid and also showing more of his other henchman such as Granny Goodness. It is an important setup if future movies are coming.

Wonder Woman/Diana Prince (Gal Gadot) is my favorite character in the DCEU so of course, I need to talk about her! Haha! I was not happy with how she was represented in Joss Whedon’s Justice League. Just because she is female doesn’t mean there have to be romances or sexual jokes. She is a warrior Demi-god, and in Zack Snyder’s Justice League she is presented this way. Personally, I feel the way Wonder Woman fights in Zack Snyder’s Justice League is phenomenal, and a little better than in her stand-alone movies. (Sorry Patty!)

On the other side, we have Lois Lane (Amy Adams). An ordinary woman who is in love with an alien, Superman/Clark Kent (Henry Cavill), but as it turns out that relationship and love could be the most important thing on earth. Who knew! Haha! Grief is a powerful thing and something that should never be ignored when making a movie. It connects the audiences more to the characters and showing Lois’s pain was very important to the overall story. Again, especially if there will be future movies. Lois was also important because she helped to introduce a new character to the DCEU movies, Martian Manhunter. (Which by the way, why was he not out there helping our heroes destroy Steppenwolf?! Someone needs to have a talk with him. Haha!)

The only downside and I can say this of all DCEU movies, is the CGI. You can tell Zack Snyder relied heavily on CGI to make changes to the movie. Which is totally fine. In some areas of the movie, you cannot tell and the CGI is added beautifully such as the change of tone/color of the movie, as well as Steppenwolf’s new look. But in others, the CGI is not very good. (Example: The last scene in the movie with Bruce Wayne (Ben Affleck).) But DCEU movies have always struggled with being able to combine the live-action and CGI seamlessly. At this point I personally expect the CGI to not be as good as other Comic hero universes, and I am hoping for that one day where we get a DCEU movie where the CGI is flawless.

In the end, Zack Snyder wins

Didn’t know it was a competition, huh? Haha! Well, how can there not be? You have two movies pretty much telling the same story, but you come out with completely different movies. Yes, I understand the movies have 2 different directors, but Zack Snyder’s version is far more superior than Joss Wheldon’s in almost every way. You could say Zack Snyder had the added help of hindsight, and Millions of extra dollars to create a better movie. Ok, I will give you that one, but because of that Zack Snyder was able to create one of the best movies so far in the DCEU. Whew! Now, Having said everything above what would I rate the movie? I give Zack Snyder’s Justice League an A-. The movie is worth watching, owning, and seeing in the theater when you can and feel safe to do so.

I want to know what you think about Zack Snyder’s Justice League! Tell me in the comments. If you enjoyed my review make sure you check out my review of Wonder Woman 1984 HERE.