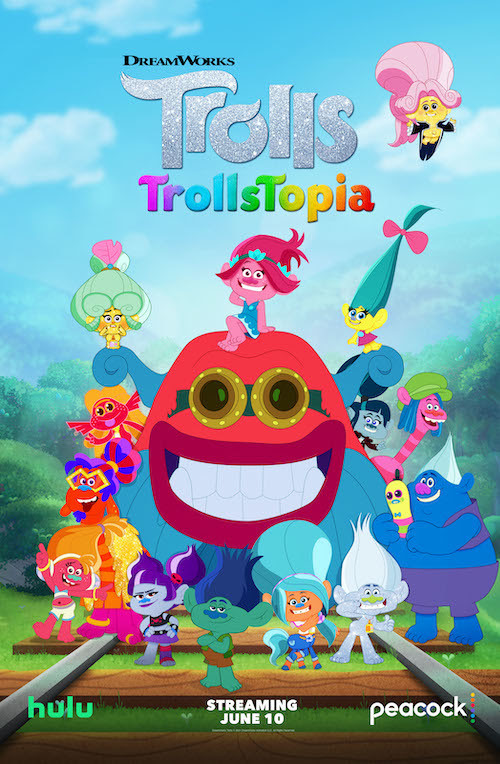 The Trolls are back again!

I must say I really enjoyed TrollsTopia Season 3 and it is by far my favorite season to date. Every episode had me and my girls on our feet laughing and dancing. Each episode was put together very well. The music, story, and the lessons Poppy and all of the other Trolls learned melded together and just created a highly entertaining season. I will fully admit in Season 1 and 2 sometimes the trolls got on my nerves in some of the episodes, but not in Season 3.

The only difference I can think of between the first 2 seasons and Season 3 is that the episodes in Season 3 are a little more random when it comes to the stories. Season 1 and 2 had the overarching story of Poppy trying to bring all the trolls together. In Season 3 all of the Trolls are together so there is less of an overarching story connecting all of the episodes. It should be interesting to see if there will be a Season 4!

In the newest season, the Trolls are back with nonstop fun and new friends joining the hair-raising adventures! As the Troll tribes strengthen their friendships through games like wormhole scavenger hunts and massive piñata battles, they also learn about each others’ culinary traditions in an epic Trolls-style potluck.