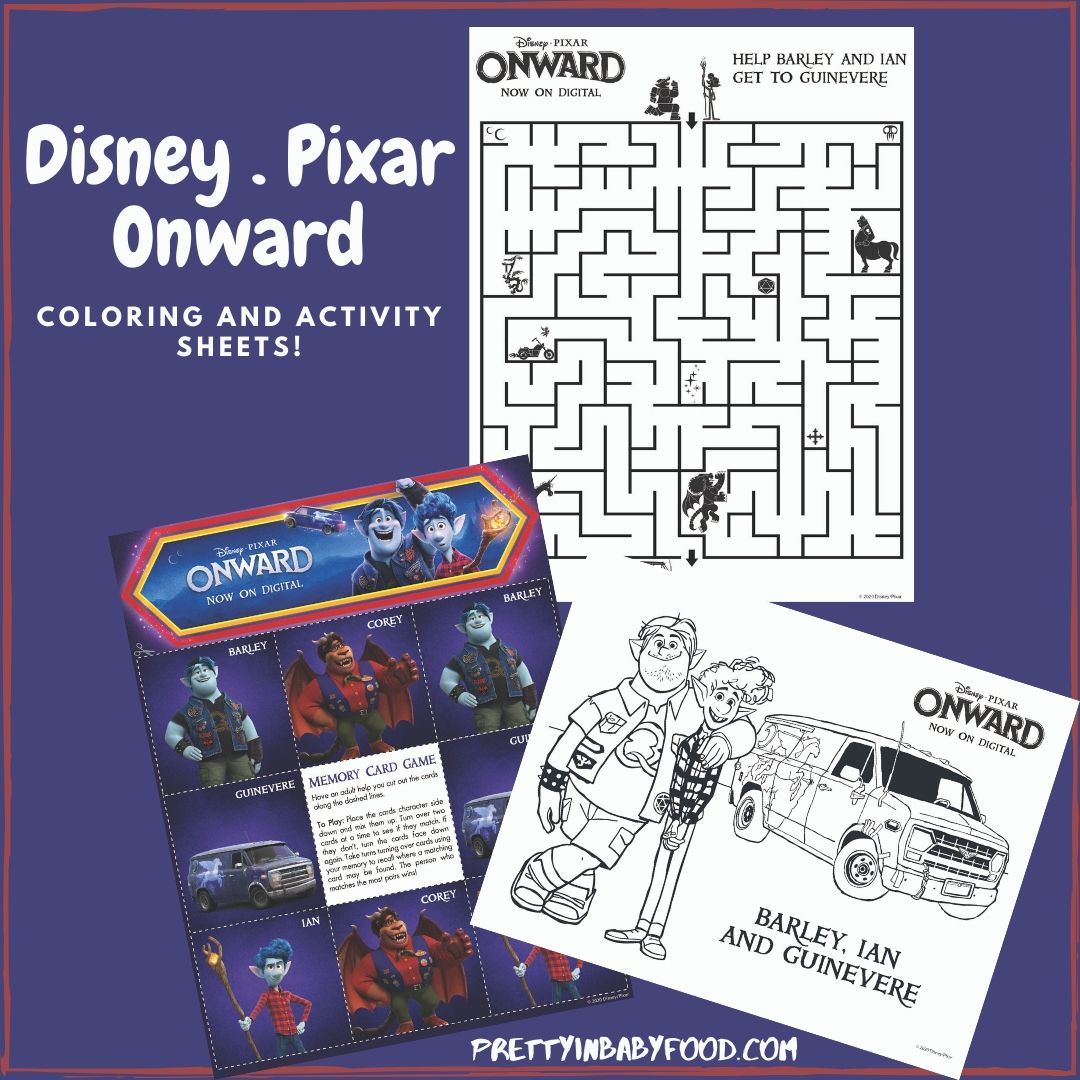 Onward is out on Digital and coming to Disney+ early!

With theaters closing and almost everyone at home, I am so happy that Walt Disney Studios has taken steps to release some of their newest movies to digital and Disney+ early. Disney and Pixar’s ONWARD is the latest movie to be released early and is available to buy digitally and on Movies Anywhere NOW for $19.99, and on Disney+ on April 3rd in the U.S. If you haven’t read my spoiler-free review of Onward yet, you can read it HERE. Also, scroll on down to gab some Onward Activity Sheets for you and the kids!

I don’t know about your kids, but mine are going through activity sheets like nobodies business. (I seriously did not stock up on enough paper or ink. Haha!) They have gotten bored with doing some so that is why I was so excited when Disney/Pixar released these Onward activity sheets. The memory game alone will keep my kids busy for many hours. You can click HERE to download the coloring and activity sheets for yourself. I do recommend you print out the memory game on card stock so that the pieces last a little longer, but everything else can be printed out on regular paper. Enjoy!

In ONWARD, teenage elf brothers Ian and Barley Lightfoot (voices of Tom Holland and Chris Pratt) get an unexpected opportunity to spend one more day with their late dad, embarking on an extraordinary quest aboard Barley’s epic van Guinevere. Like any good quest, their journey is filled with magic spells, cryptic maps, impossible obstacles, and unimaginable discoveries. But when the boys’ fearless mom Laurel (voice of Julia Louis-Dreyfus) realizes her sons are missing, she teams up with a part-lion, part-bat, part-scorpion, former warrior – aka The Manticore (voice of Octavia Spencer) – and heads off to find them. Perilous curses aside, this one magical day could mean more than any of them ever dreamed.

If you are in need of more Disney themed activities for you and the kids make sure you check out my post on how to make your own DIY Toy Story 4 Forky craft HERE. As well as my post on how to throw a Frozen 2 themed watch party with crafts and snacks HERE.