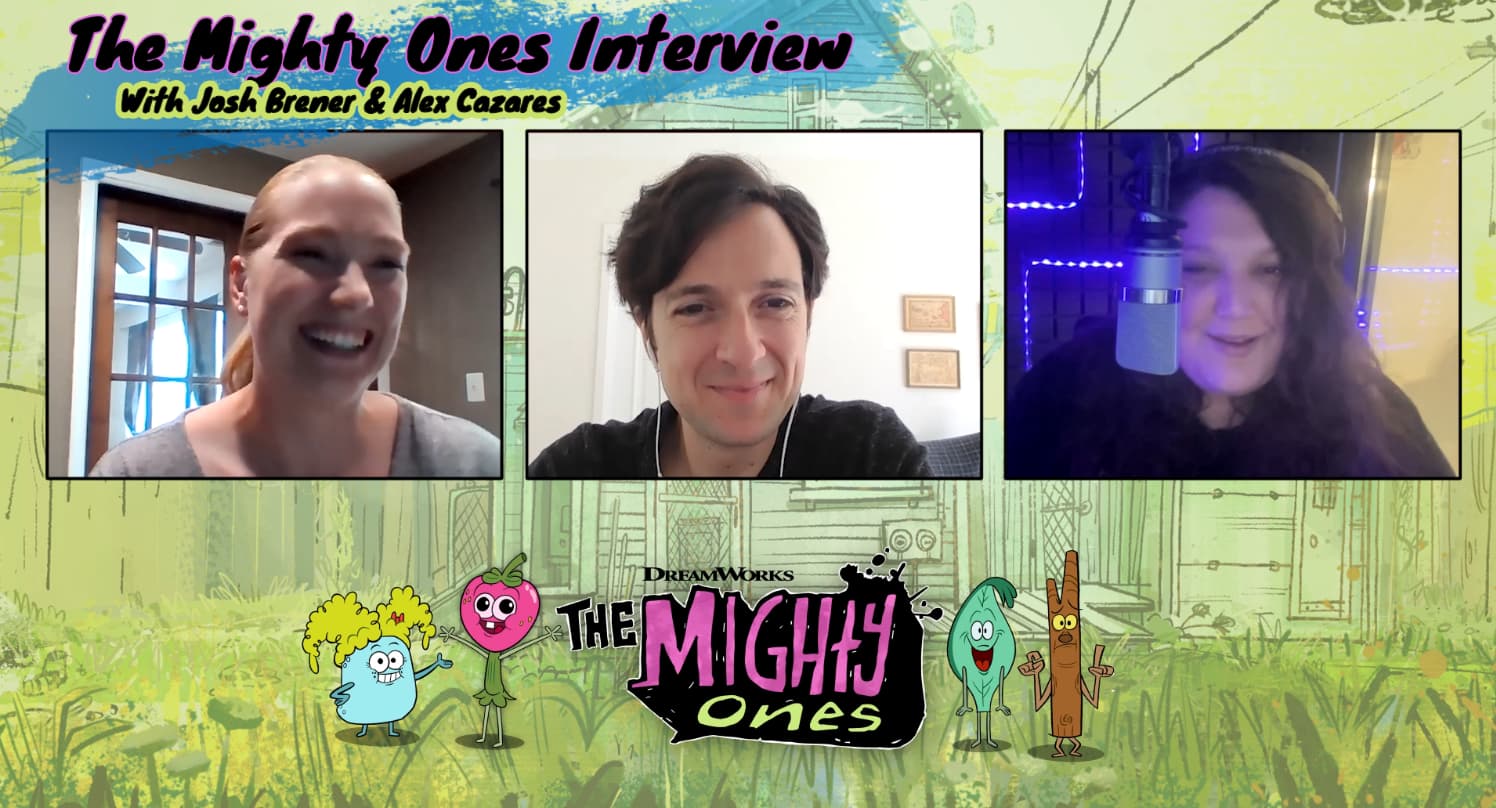 Not your garden variety kids show…

DreamWorks The Mighty Ones is releasing on Hulu and Peacock on July 1st, and I had the amazing opportunity to interview some of the talented voice cast. And yes, I did use that above punny joke/line when interviewing Alex Cazares (“Very Berry”) and Josh Brener (“Twig”) who star in the show. HAHA! (I couldn’t help it!) You can check out my review of The Mighty Ones Season 2 HERE, and my interview below!

I do not think I have laughed so much, and so hard during an interview before. Josh Brener (Twig) and Alex Cazares (Very Berry) are hysterical in the show and in person. After screening several episodes from Season 2 I just knew the questions I wanted to ask during this interview. I wanted to know what drew them to the show, if they got to ad-lib any of the jokes/lines, what were their favorite episodes from season 1, and if they could pick another character they identified with who would it be? And the most important question of all. Did Josh think Twig would ever become a mighty oak? Haha! Every answer from Josh and Alex made me laugh and we even got some behind-the-scenes info. I could have talked to Josh and Alex forever. You can watch my full interview below.

In every backyard exists a secret world filled with tiny creatures, and The Mighty Ones follows the hilarious misadventures of the smallest of them: a twig, a pebble, a leaf and a strawberry. Living in the unkempt backyard belonging to a trio of equally unkempt humans – who they mistake for gods – these self-proclaimed Mighty Ones are determined to live large and have fun in their wild wonderland, despite their diminutive stature.

In season 2, the misadventures of The Mighty Ones continue as they explore their backyard wonderland and learn more about the strange creatures they share it with. A flood forces the group to live as pirates searching for dry land, Rocksy dabbles in a home makeover, and Very Berry makes a new feathery “friend” who may or may not see her as food. These mighty little beings are relatively fearless, a little misguided and always have each others’ backs come snow, wind or any atmospheric phenomenon that threatens the yard they call home.

The Mighty Ones Season 2 Trailer