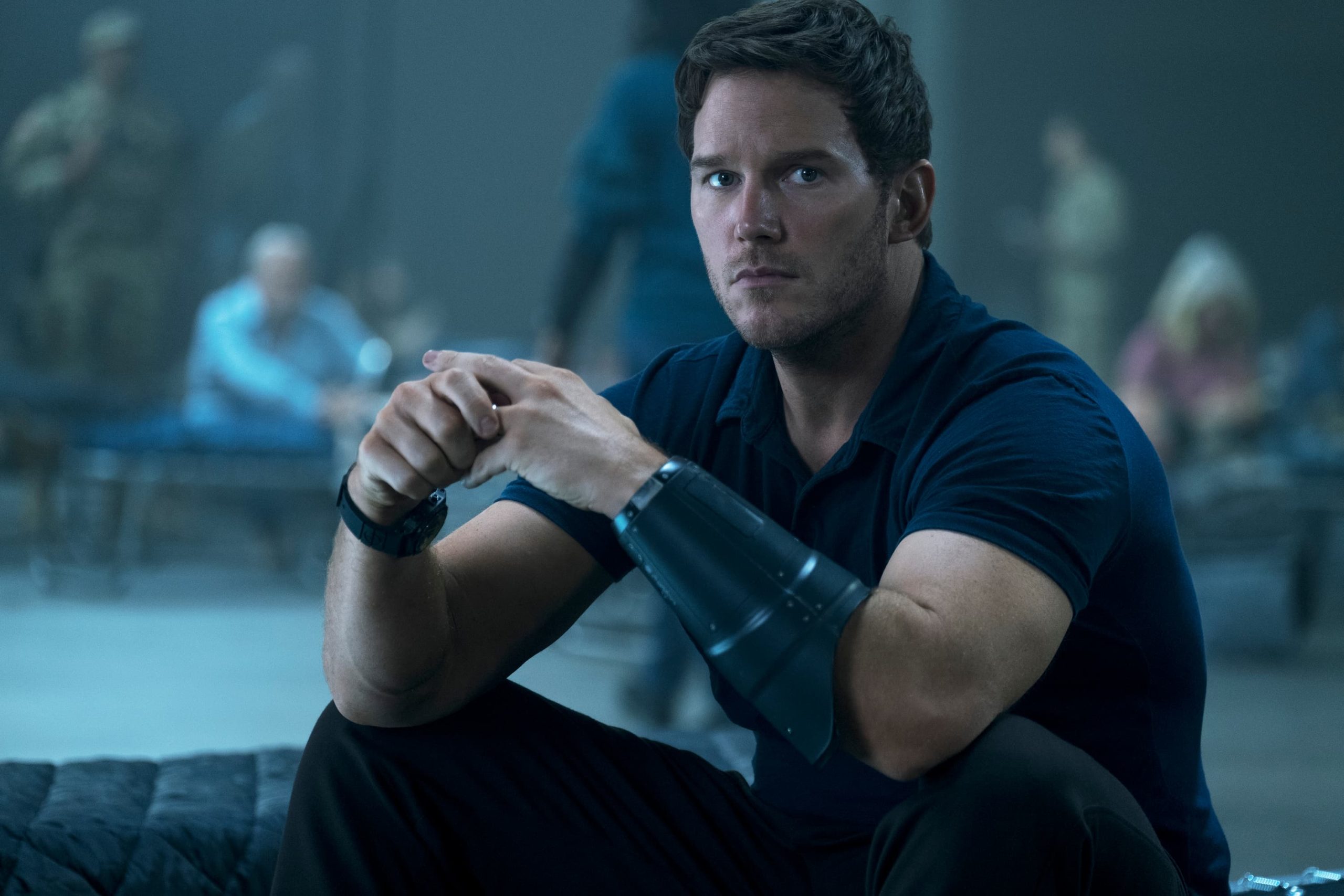 I love time travel movies. I count the Terminator movies as some of my favorite Sci-Fi Time Travel movies. (Ok all but Salvation and Genisys. Haha!) So, when I saw the trailer for The Tomorrow War my interest was piqued. The movie seemed to have everything, a cool story, alien monsters, action, and of course Chris Pratt. But how does the movie actually hold up? Well, I found it fun and entertaining, but it does have some issues. Amazon Studio’s The Tomorrow War release on Prime Video on July 2nd, 2021. Here is my full The Tomorrow War Review. (Spoiler-Free of course!)

My The Tomorrow War Review

The Tomorrow War is an interesting and fun Sci-Fi action/adventure film. It has time travel, alien monsters, comedy, heartfelt moments, etc. But there are definingly parts of the movie I like and parts I dislike. Let me break them down for you.

I really like the time travel concept of The Tomorrow War. In the movie, they explain a little bit about the whole time travel process and the reasoning behind it. (While the concept is not perfect neither really is any other time travel concept.) But they do not overcomplicate it in the movie. It is what it is. Another aspect of the movie I like is the action and alien monsters.

Chris Pratt is phenomenal in The Tomorrow War, and with the addition of Yvonne Strahovski and J.K. Simmons, the action in The Tomorrow War is highly entertaining. But the stand-out actor of the movie, for me, is Sam Richardson as Charlie. He has some of the most real and funniest lines of the whole movie. Lastly, The Tomorrow War touches on some tough subjects such as PTSD for War Veterans. It’s heartbreaking but such an important topic, and I feel The Tomorrow War did an ok job touching on it. But what about the movie did I dislike?

While the majority of the movie is highly entertaining there are some things about the movie that drag it down, and they all pretty much center around the writing. These include glaring plot holes that basically give away the movie, parts of the movie dragging on, comedy that just doesn’t hit the mark, and some subpar CGI. It can get really frustrating when you are watching a movie with plot holes. But in The Tomorrow War, the plot holes and scenes that drag on and on are intertwined. For one example, and I don’t want to give anything away, but a very easy logical action was not taken which caused chaos for the main characters.

While I understand this chaos added action and heartfelt scenes into the film it just didn’t really advance the story. If anything it just made the movie longer. The same goes for some of the comedy/jokes in the movie. They tried to make some scenes funnier, but it fell flat. Then they throw in a scene near the end that, again, is elongated for no reason but they also throw in some really bad CGI to top it off. In a movie of this caliber, and with the amazing cast they have, all of the above was just so disappointing to see and could have easily been fixed with better writing. (Well, except for the bad CGI. Haha!)

Overall The Tomorrow War is a fun and entertaining movie. Its story concept and action scenes steal the show, but because of some of the writing its plot holes are glaring, and the movie feels much longer than it is. Because of this, I give The Tomorrow War a B-.

If you watch the movie I would love to know your thoughts. Drop them in the comments!

In The Tomorrow War, the world is stunned when a group of time travelers arrive from the year 2051 to deliver an urgent message: Thirty years in the future mankind is losing a global war against a deadly alien species. The only hope for survival is for soldiers and civilians from the present to be transported to the future and join the fight. Among those recruited is high school teacher and family man Dan Forester (Chris Pratt). Determined to save the world for his young daughter, Dan teams up with a brilliant scientist (Yvonne Strahovski) and his estranged father (J.K. Simmons) in a desperate quest to rewrite the fate of the planet.

Liked my The Tomorrow War Review, and looking for more time travel movies? You can read my Terminator: Dark Fate review HERE.