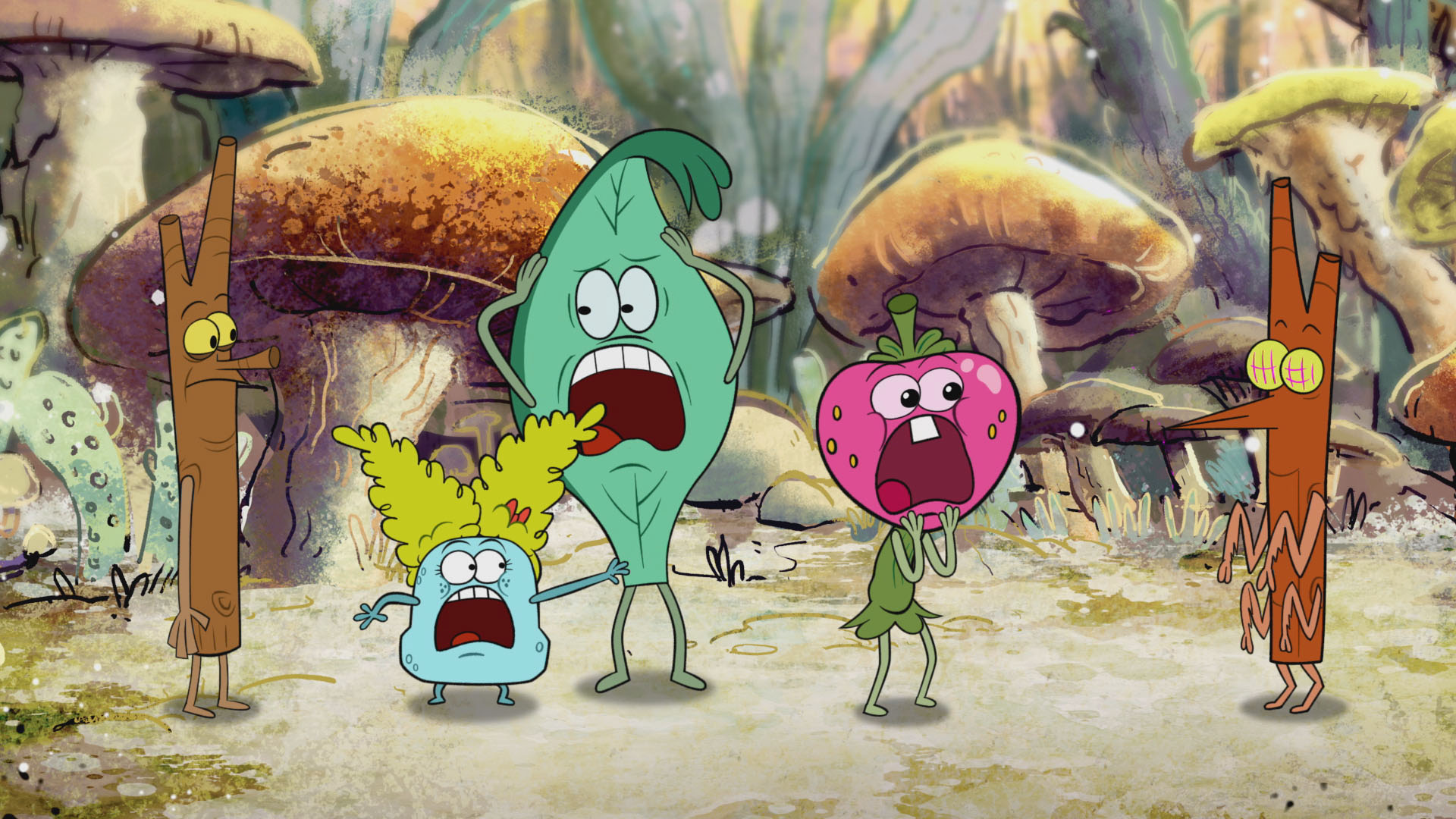 No Comments on The Mighty Ones Season 2 ReviewEntertainment, Hulu prettyinbabyfoodJuly 2, 2021July 12, 2021DreamWorks Animation, Hulu, Peacock, The Mighty Ones
FacebookTweetPin

After watching The Mighty Ones Season 2 I will never look at my backyard the same again.

I love TV shows that do not take themselves seriously and just run with what they are, and that is exactly how The Mighty Ones is. The different/original concept of The Mighty Ones is refreshing. All of the characters are funny and have different personalities. Actually, the characters are pretty developed for what they are. (I mean they are a pebble, twig, berry, and a leaf. Haha!) All the episodes from Season 2 I screened were highly entertaining and full of great one-line jokes/puns. Which I love because that is my kind of humor. I give high marks to the writers of The Might Ones. The imagination the show writers have is something else. Haha! They have been able to humanize these everyday backyard staples just enough and send them on crazy adventures.

I think the only downside, upside for some, is the show is borderline not really a kid’s show. Some of the episode themes/storylines are very adult in content. An example is how in one episode Very Berry falls in love with a crow which I found hilarious but what Very Berry did with the crow is again borderline not kid-friendly. Also, there is an episode where the gang talks into leaf’s butt to see if they can make him talk. Again while I found these episodes to be funny they are not something I would want my kids to watch. This really bummed my 5-year-old out because the concept of the show is very much geared towards kids. Now, I was able to show my daughter snip-it’s from a couple of episodes and she is very invested in Twig becoming a Mighty Oak one day. Haha!

The Mighty Ones Season 2 is rated TV-Y7 and for good reason. (I actually think the age rating is not high enough, but that’s me.) Due to the themes, language, peril, and more this show is not for young kids. (Under 10-years-old.) Also, while older kids and adults will find this show funny there are no lessons to be learned from this show. Overall, The Mighty Ones Season 2 is pure mindless laughs and fun. But because it is advertised as a kid’s show and really isn’t I have to give it a C+.

In season 2, the misadventures of The Mighty Ones continue as they explore their backyard wonderland and learn more about the strange creatures they share it with. A flood forces the group to live as pirates searching for dry land, Rocksy dabbles in a home makeover, and Very Berry makes a new feathery “friend” who may or may not see her as food. These mighty little beings are relatively fearless, a little misguided and always have each others’ backs come snow, wind or any atmospheric phenomenon that threatens the yard they call home.

The Mighty Ones Season 2 Trailer

The Mighty Ones Season 2 Review
FacebookTweetPin