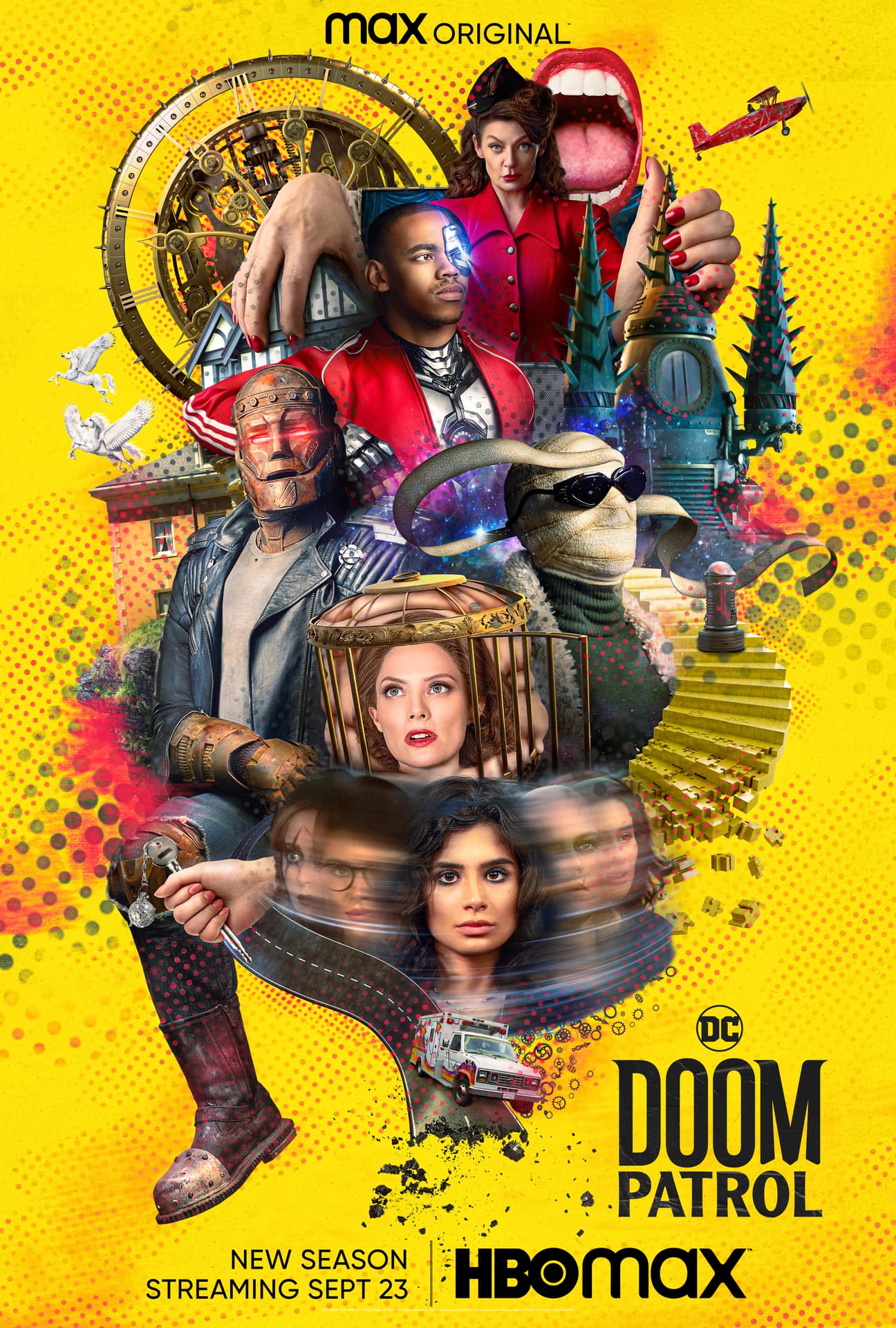 One of the best TV shows on HBO Max

If you love out there, crazy, adult language-filled, superhero tv shows then Doom Patrol should be on your watch list. (Think adult content like The Boys on Amazon Prime.) If you are already a fan of Doom Patrol then hold on to your butts because we are in for a wild ride. Premiering on September 23, 2021, the first three episodes of season 3 will be available, with subsequent episodes releasing every Thursday through November 11 on HBO Max. I was able to screen several episodes from the new season, and holy moly! You can read my Doom Patrol Season 3 Review below.

Doom Patrol is one of those, way out there, shows that keeps getting better every season. While the Doom Patrol is not your average team of superheroes they definitely are the best. They are flawed meta-humans who are just trying to make it in the world and share a love/hate relationship with Niles Caulder, A.K.A The Chief. (F*$&cking Niles Caulder. Haha!) Season 2 left us with Vic is still pining over Roni and trying to navigate his love for her and his love/duty of crime-fighting. Clif trying to be the best Dad/Grandfather he can be. Larry was in a back and forth with his negative energy spirit. Rita was trying to find herself. Jane had a whole host of problems in the underground she was trying to work out, and Dorothy just wanted the ability to grow up, and not have everyone, and herself, scared of her powers.

I have to say season 3 of Doom Patrol is the craziest season yet, and Jane, Rita, Larry, Clif, and Vic are just trying to keep things together. Last season (season 2) was very focused on Dorothy and Vic, but so far season 3 is very Rita and Larry focused. Which I am totally ok with because I love both of those characters. Without giving anything away I do want to say that the Doom Patrol, of no fault of their own, find themselves in some very messed up situations. Haha! (They can’t even relax gosh darn it!) But their f’ed up situations are our gain, and we get to see more werebutts, sex ghosts, and INSANE zombie action. April Bowlby as Rita Farr gets to shine this season, and I hope her character finally discovers how amazing she is.

The 1 slight disappointment I have in season 3 so far

Now, I will say I am a little bummed by how the Candlemaker fight ends in season 3. (If you watch Titans, also on HBO Max, think of what they did with Trigon.) I wish they gave us a little more, but I am VERY intrigued with the addition of Madame Rouge (Michelle Gomez). Is she a friend or Foe? Also, who are the Sisterhood of Dada?! I cannot wait to see what else is thrown at the Doom Patrol this season and if you have not started to watch Doom Patrol get on that! (I will update this post as I get to screen more episodes!)

Season three opens on the culmination of Dorothy’s (Abi Monterey) confrontation with the Candlemaker that leads to a devastating loss. The Doom Patrol is at a difficult crossroads and each member struggles to face who they are and who they want to be. And things get a whole lot more complicated when Madame Rouge (Michelle Gomez) arrives in a time machine with a very specific mission, if only she could remember it.

If you are looking for another great show on HBO Max make sure to check out my review of DC Titans HERE.