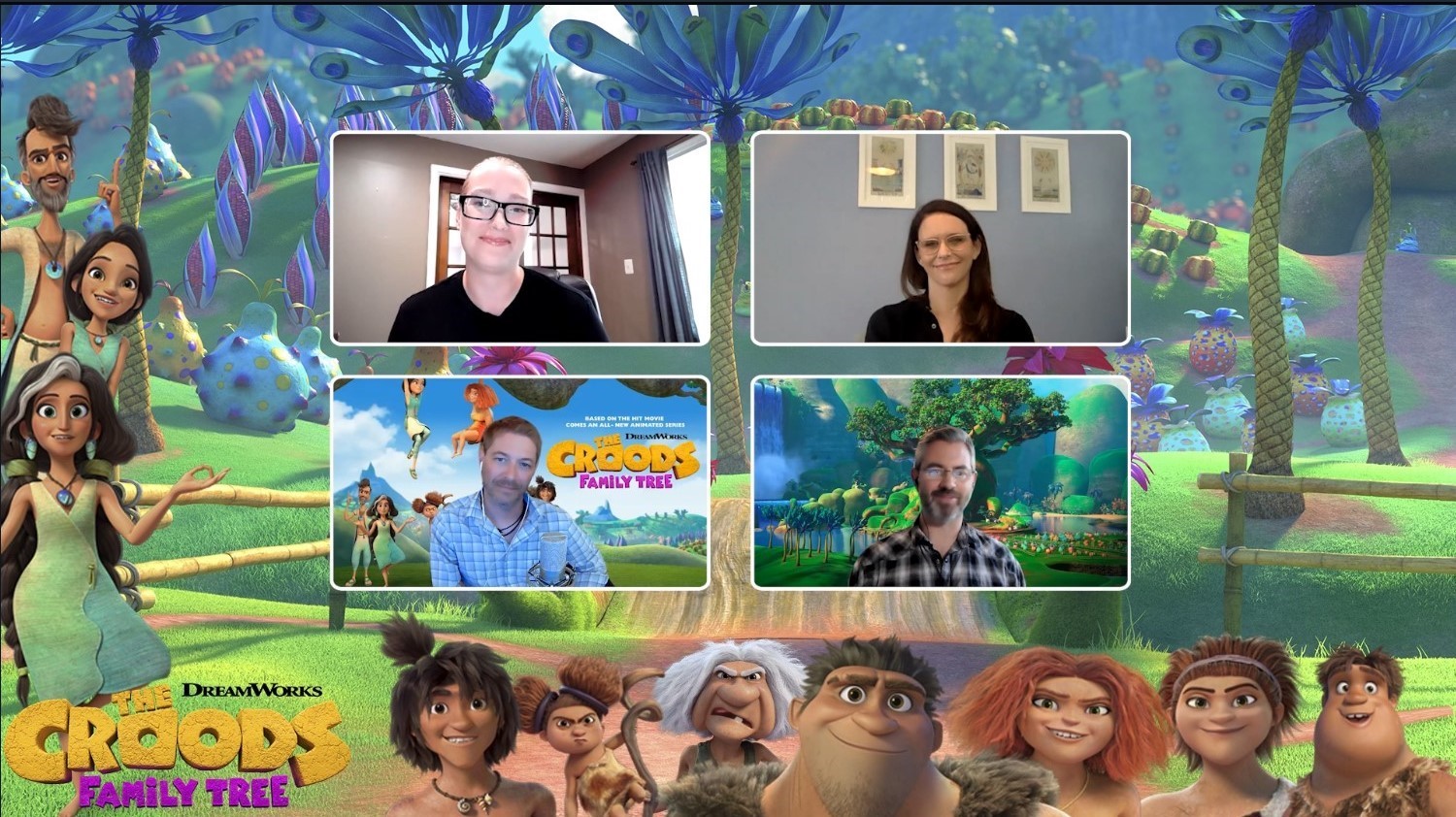 The Croods and Bettermans are back!

The Croods: Family Tree takes place right after the last movie, The Croods: A New Age. The Bettermans, emphasis on better, and the Croods are living together in the same treehouse. Personalities and ways of life clash as these two families try to learn and grow together. Premiering on Peacock and Hulu on September 23, 2021, I had a chance to screen a few episodes of the show as well as interview actress Amy Landecker who voices Ugga as well as Executive Producers Mark Banker and Todd Grimes. You can read/watch my The Croods: Family Tree Review & Interview below!

We are Croods fans and my kids cannot get enough of the show. Haha! The new stories are interesting and the family relationships are so fun to watch. It is also fun to watch the changing relationships between the Croods and the Bettermans. (My favorite is the developing relationship between Ugga and Hope.) There are a lot of good lessons to be learned in various episodes, but the show keeps the same Croods antics we see in the movies.

As I mentioned my family loves the Croods movies. They are hilarious, heartwarming, and full of family drama. Knowing that The Croods: Family Tree delves into new territory for the story of the Croods and Bettermans is exciting for me. (I love storytelling.) In my interview, I asked Executive Producers Mark Banker and Todd Grimes how much fun they had developing and exploring these new family dynamics for both families. Also, since my 6-year-old loves all of the cool animals in the Croods movies I asked if we will see any new animals in the show. We talk about even more in our interview. Make sure you watch it below!

The Croods: Family Tree continues the ever-evolving story of the Croods and the Bettermans as they learn to live together on the most idyllic farm in prehistory. The journey from sparring rivals to unlikely friends is fraught with hilarious misadventures as the two families slowly overcome their differences to turn a tree house divided into a tree home united.