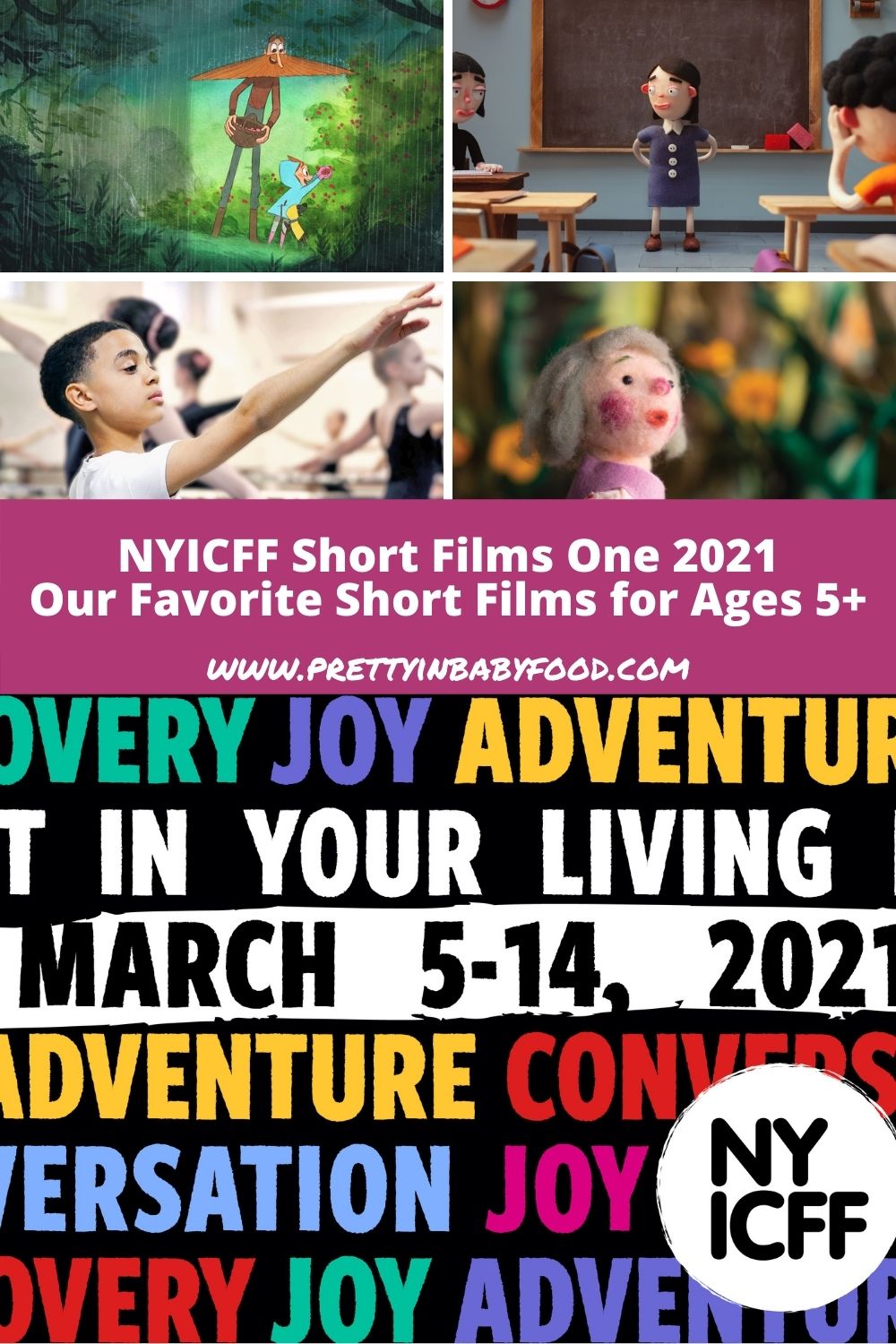 One of the reasons I love short films so much is because they can pack a whole lot of emotion all in under 10 minutes or less. It’s like a nice little present. So, naturally, the first films I had to watch at the New York International Children’s Film Festival (NYICFF) were short films. I am hoping to be able to watch all of the short film programs, but just in case I focused on the programs in my kid’s age groups. Below are our favorite short films from the NYICFF Short Films One program for ages 5+. You can check out our favorite shorts from the NYICFF Shorts for Tots program HERE.

For this round of short films it was just my oldest, who is 5-years-old, and I who kept notes and ranked the movies. Again, I asked my daughter to think about a few things while she watched the short films. I asked her to think about the story, animation, and how the short film made her feel. Then after watching all of the films I asked my oldest to list her favorite films. Together we selected our overall favorite short then selected our runner-up favorite animated short, favorite story, and favorite non-animated short. To be honest, after all was said and done I was surprised and proud of my daughter for how and why she selected the films she liked. Here are our favorites!

Both my daughter and I were struck by the animation and story of this short. The story pulled at both of our heartstrings and made us tear up a little. The animation was beautiful and fit the story perfectly. We loved how the animation also helped to tell the story. My daughter could tell the different emotions felt by Kyna based on the animation. During the short, my daughter was very concerned for Kyna, but she sat there and cheered her on and kept telling me that Kyna could do it. Kyna could overcome her fears and her world would be bright. My daughter chose loveable as her word to describe Umbrellas.

Both my daughter and I loved watching Downstage. My daughter has not seen many male ballet dancers so it was so fascinating for her to learn about them and what they go through for their craft. The short film is 13 minutes long and after it was over she asked if there was more. Haha! We would love to see more!

Matilda and the Spare Head had the most interesting concept for its story. My daughter understood the story and kept telling me that Matilda’s mom was wrong and that Matilda deserved to be able to be a kid. That all Matilda needed was a chance to go outside and play. This short is definitely a great visual of how much some parents push their kids. Most times pushing them not for the benefit of the kid but for the parent’s own benefit/gain.

Lithuania—New York Premiere Animation, Ignas Meilūnas, 2020, 13 min. Lithuanian with English subtitles Matilda wants to be the smartest person in the world. When she can’t fit any more in her head, she figures two heads are better than one.

My daughter loved Tulip. The animation is whimsical and goes perfectly with the story. It was a close race between Tulip and Umbrellas for our overall favorite of the Short Films One Program. The only thing that held Tulip back from our overall favorite spot was the story. Early on in the short, I could tell it was based on Thumbelina, and personally, I really wish they had done a more original story. An original story would have pushed it that much farther ahead of Umbrellas. But I do look forward to more from Andrea Love & Phoebe Wahl and hopefully in this animation style.

To: Gerard is a beautiful and heartfelt short film. My daughter loved watching Gerard do all of his magic tricks, and she loved it even more when the little girl grew up to be a magician. I did have to explain the story a little bit to my daughter because she didn’t fully understand how/why Gerard went from acting old to acting spritely after the magic show at the end. Haha!

I have more coverage from NYICFF coming so hold tight, but until then make sure you check out my City of Ghosts Review and Interview with Creator Elizabeth Ito HERE.

NYICFF Short Films One 2021: Our Favorite Films for Ages 5+
FacebookTweetPin