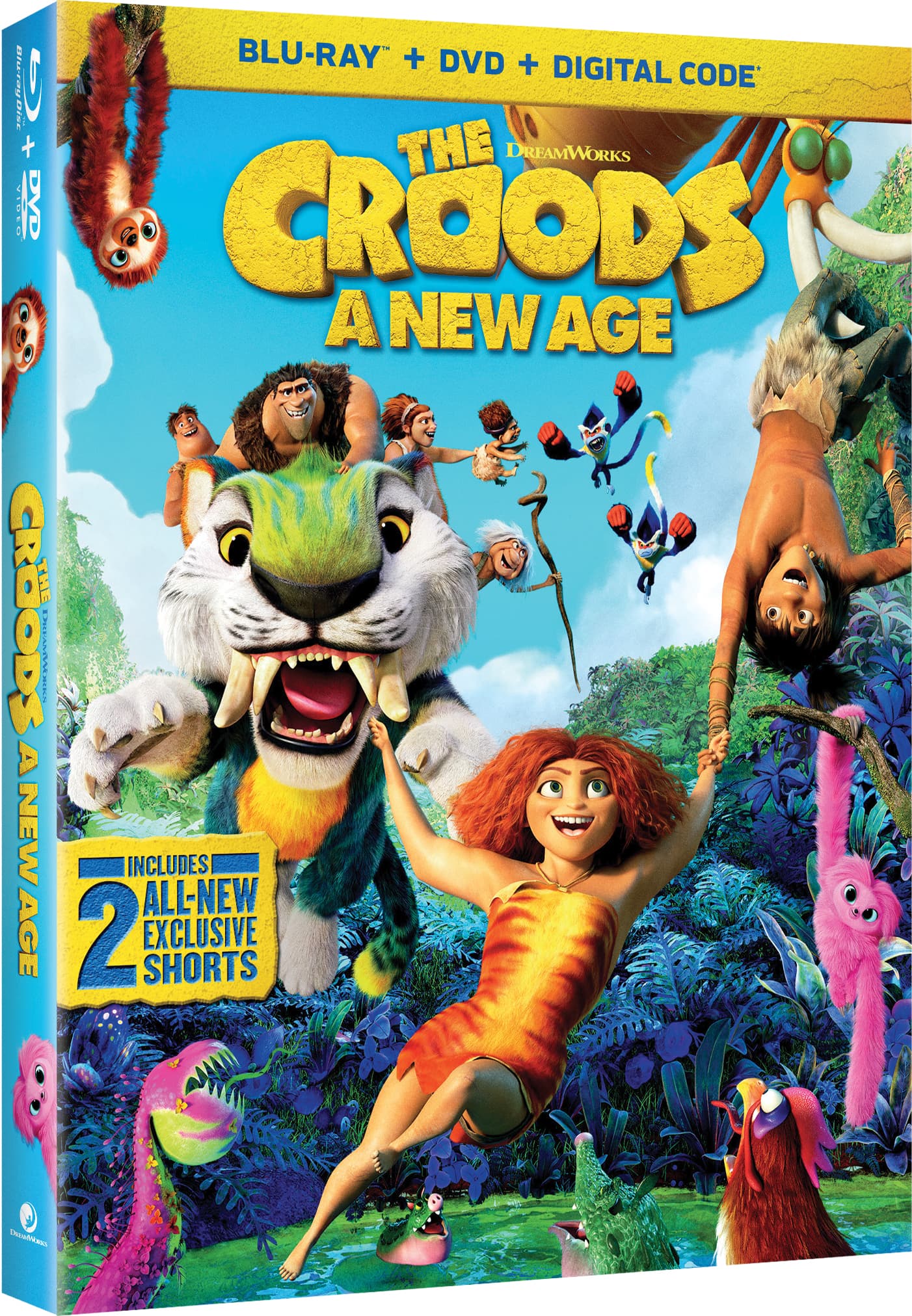 If there was ever an animated family that my family could relate with it is The Croods. Haha! We love The Croods in our house. When The Croods: A New Age was released we just had to watch it. The movie is visually stunning, the story is hilarious, and the music is rockin. Because of The Croods, my daughter is now into learning all about cavemen and the Ice Age. She was even excited to be invited to attend Camp Croods where she learned about the world of The Croods. While The Croods: A New Age is already out on digital now. The movie will also be coming out on Blu-ray and DVD soon. Below is all of the release information as well as all of the bonus features!

Disclaimer: My family and I did receive a DVD in exchange for posting on my social channels. All thoughts and opinions are my own.

The Croods: A New Age Release Date and Information

The movie released on Digital February 9, 2021, and will be releasing on 4K Ultra HD, Blu-Ray™, and DVD on February 23, 2021, from Universal Pictures Home Entertainment.

The Croods: A New Age Cast

The first prehistoric family is ready for another rocking adventure! The Croods have survived fanged beasts, natural disasters, and even young love, but now they must face their biggest challenge yet: another family! In search of a new home, the Croods discover a walled-in paradise created by the sophisticated Betterman family (emphasis on the “better”). As they try to coexist, the differences between the two families escalate into a full-blown feud, but when a new threat forces both families to embark on an epic adventure, they must all learn to work together…or they’ll all go extinct! Nicolas Cage, Emma Stone, Ryan Reynolds, Catherine Keener, Clarke Duke, Cloris Leachman, Leslie Mann, Peter Dinklage, and Kelly Marie Tran star in this hilarious animated comedy for the whole family!

The Croods: A New Age Trailer

If you are looking for another great family movie to watch on movie night then make sure you check out my review of DreamWorks Abominable HERE.