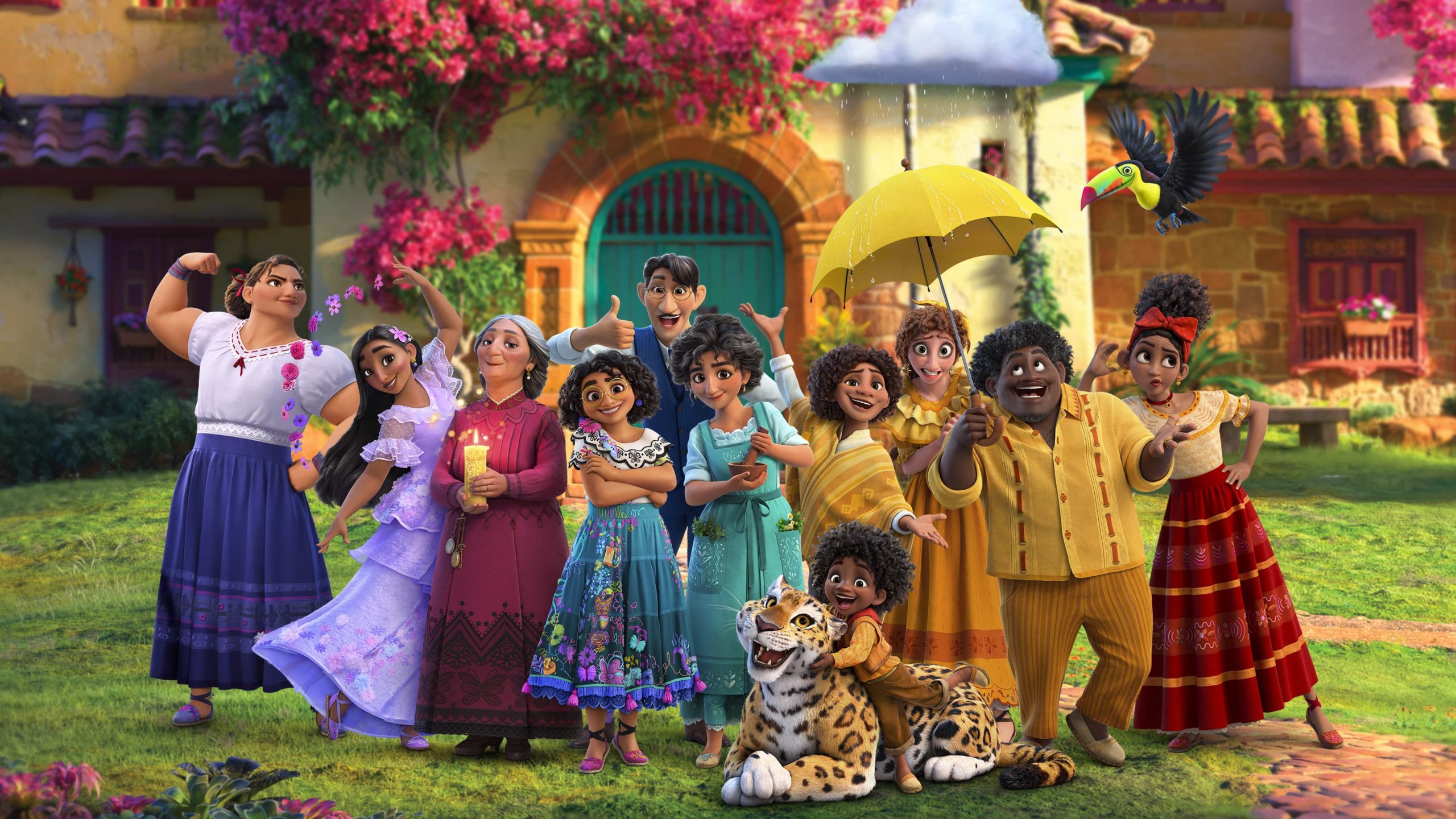 Get ready for the magic!

If you have not seen Disney’s Encanto or sung along to the soundtrack you have been missing out. Probably one of Disney’s best movies in years Encanto tells the story of a magical family, The Madrigals. They live in a magical house and each member born into the family possesses a unique gift (power), that is except Mirabel. Encanto is a heartwarming, heartwrenching, and hysterically funny movie. Encanto is available on digital and Disney+ NOW and will be available on 4K Ultra HD, Blu-ray, and DVD on February 8. Just in time for Valentine’s Day! You can read my short Encanto movie review below as well as find out about all of the magical bonus features you will find on Digital, Blu-ray, and DVD.

My family has watched Encanto almost every day since it was released on Disney+ on December 24th. It has been so much fun to watch my kids pick their favorite characters. (My oldest is a huge fan of Luisa and my youngest is a fan of Isabela.) The Encanto soundtrack is on repeat in our house as I am sure it is in most households. Haha! Why do we love Encanto so much? My kids love it because of the music and the characters.

Why do I love it?

Of course for the music, because Lin-Manuel Miranda is a genius, but also because of the story. Encanto is the story of a magical family and it tells the story that many families live every day. It shows how generational trauma, and so much more, can affect a family, and how a family can overcome it. The miracle and magic in Encanto are not about the magical gifts given to the family members. It is about the family being the miracle and magic the whole time. Encanto is an animated masterpiece and instant classic. I highly recommend it!

If you love Encanto as much as we do let me know in the comments!

Sing-Along with the Movie – Sing along with your favorite songs with on-screen lyrics as you watch the movie.

Familia Lo Es Todo – Members of the Disney Animation “Familia” cultural trust share real-life experiences in this exploration of the lovable Madrigal family members. We learn what inspired each character, and about how the artists’ designs bring realism to their personalities.

Discover Colombia – The filmmaking team discusses how the multiple cultures, biodiversity and vibrant colors of Colombia are expressed in Encanto. They describe how satisfying it was to fully celebrate this beautiful country and support the theme of magical realism.

A Journey Through Music – The filmmakers invite us to discover how each character came to be represented musically. We follow the creation of Encanto’s Colombian-inspired music, featuring Lin-Manuel Miranda’s songs and Germaine Franco’s score, from concept to final recording.

Let’s Talk About Bruno – Learn how the song “We Don’t Talk About Bruno,” with its intriguing undertones, was created. Discover the extensive collaboration between Lin-Manuel Miranda, choreographer Jamal Sims, the voice cast and animators in bringing it to the screen.

Our Casita – La Casa Madrigal is alive with magic, and its emotional state is affected by other family members. From its colorful doors to its fine stonework, the magical house was designed using principles of Colombian tradition.

Outtakes – From the thrill of “nailing” a take in the presence of an entertainment industry icon to the hilarity of losing a wrestling match with tongue-twisting dialogue, join the cast for some good-natured fun from behind the microphone.

Journey to Colombia – With the help of the Colombian Cultural Trust, a dedicated team of consultants, the filmmakers of Encanto embark on a journey of discovery to learn more about Colombia and how best to reflect the country’s cultures and environments on the big screen.

Far From the Tree – Parenting is hard, especially when curiosity tugs at a young raccoon whose parent tries to keep them both safe. In the Walt Disney Animation Studios short Far From the Tree, this youngster learns to live with an open heart… even as danger lurks.

Waiting on a Miracle

We Don’t Talk About Bruno

What Else Can I Do

Walt Disney Animation Studios’ Encanto, with all-new songs by award-winner Lin-Manuel Miranda, tells the tale of the Madrigals, an extraordinary family living in a magical house in the mountains of Colombia. But when Mirabel, the only ordinary Madrigal, discovers the magic surrounding their home is in danger, she may be her family’s last hope.

Looking for more from Lin-Manuel Miranda? Then make sure you check out my review of Vivo HERE. Out on Netflix now!