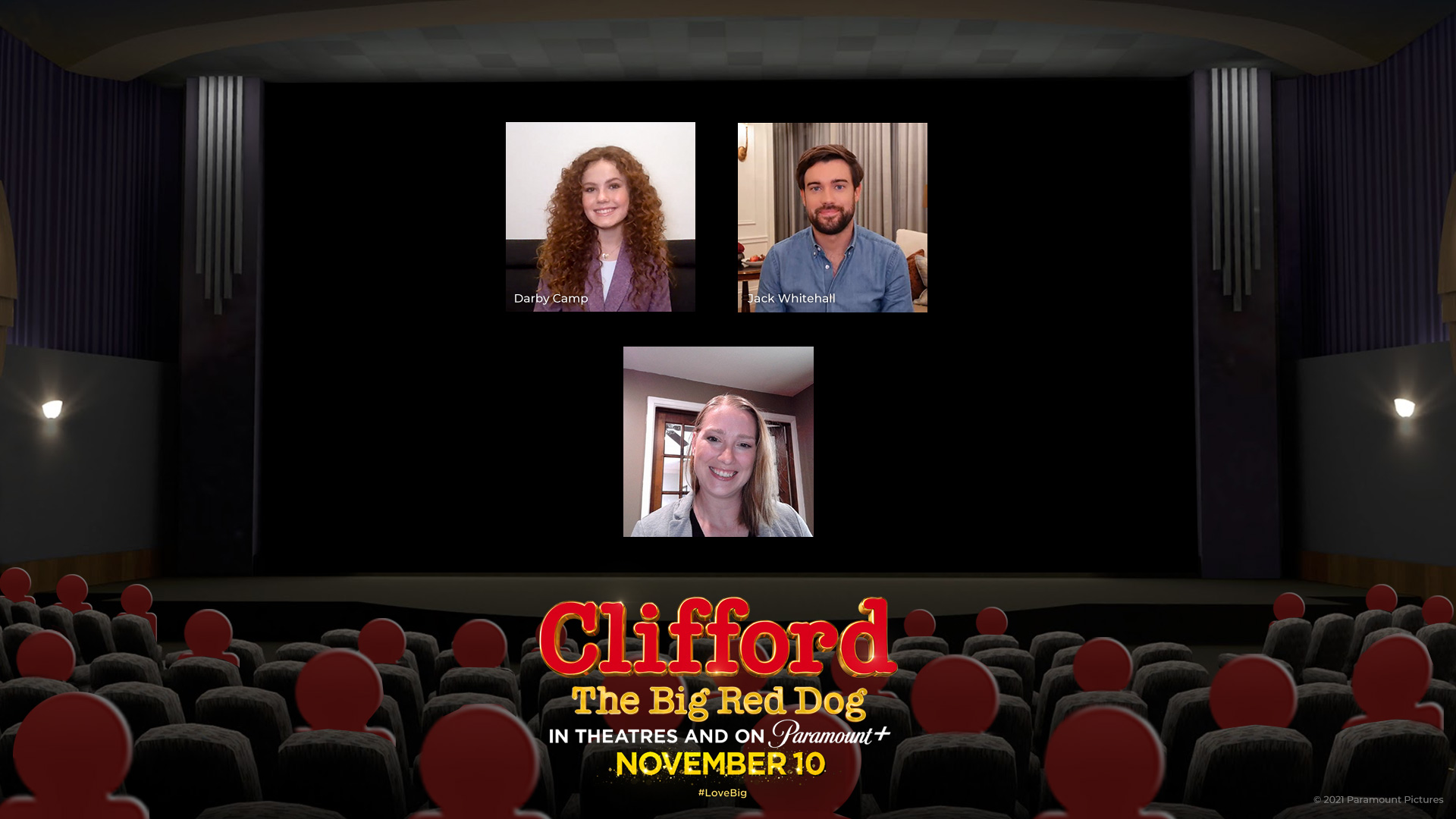 I grew up reading all of the Clifford The Big Red Dog books, and now I read them to my kids. Like many fans, I have been waiting patiently for the movie to come out. It has been pushed back, but it is finally releasing! Clifford The Big Red Dog arrives in theaters and on Paramount+ November 10, 2021. You can check out the new trailer for the movie below along with a Q&A with Jack Whitehall and Darby Camp!

It was so much fun to get to participate in a Q&A with Clifford The Big Red Dog stars Jack Whitehall (Uncle Casey) and Darby Camp (Emily). You can tell the both of them had such a fun time filming the movie, and they gave us a little insight into how the movie was made. Jack and Darby talked about the magic behind Clifford and that they actually acted against a 10ft tall puppet with 2 people inside controlling it. Another cool fun fact that Darby mentioned was Clifford’s slobber. She said the slobber was an ingredient found in milkshakes.

When it came to talking about their co-stars Jack mentioned how it was a bucket list moment to act alongside John Cleese his comedy hero. Another funny moment I loved was when Jack was asked if he would love to do a sequel and he joked how cool it would be maybe for a crossover Clifford vs. Godzilla. Haha! But the biggest takeaway from the Q&A is what Clifford The Big Red Dog is all about. When asked what they hoped kids and individuals would take away/learn from the movie Jack and Darby hoped kids and individuals would takeaway that bullying is not ok, to love big, be confident in yourself, and stand up for yourself. You can check out the newest trailer for Clifford The Big Red Dog below, and I cannot wait to share my review with you once the embargo breaks!

When middle-schooler Emily Elizabeth (Darby Camp) meets a magical animal rescuer (John Cleese) who gifts her a little, red puppy, she never anticipated waking up to find a giant ten-foot hound in her small New York City apartment. While her single mom (Sienna Guillory) is away for business, Emily and her fun but impulsive uncle Casey (Jack Whitehall) set out on an adventure that will keep you on the edge-of-your-seat as our heroes take a bite out of the Big Apple. Based on the beloved Scholastic book character, Clifford will teach the world how to love big!

If you are looking for more to watch on Paramount+ make sure to check out my review of Paw Patrol: The Movie HERE.